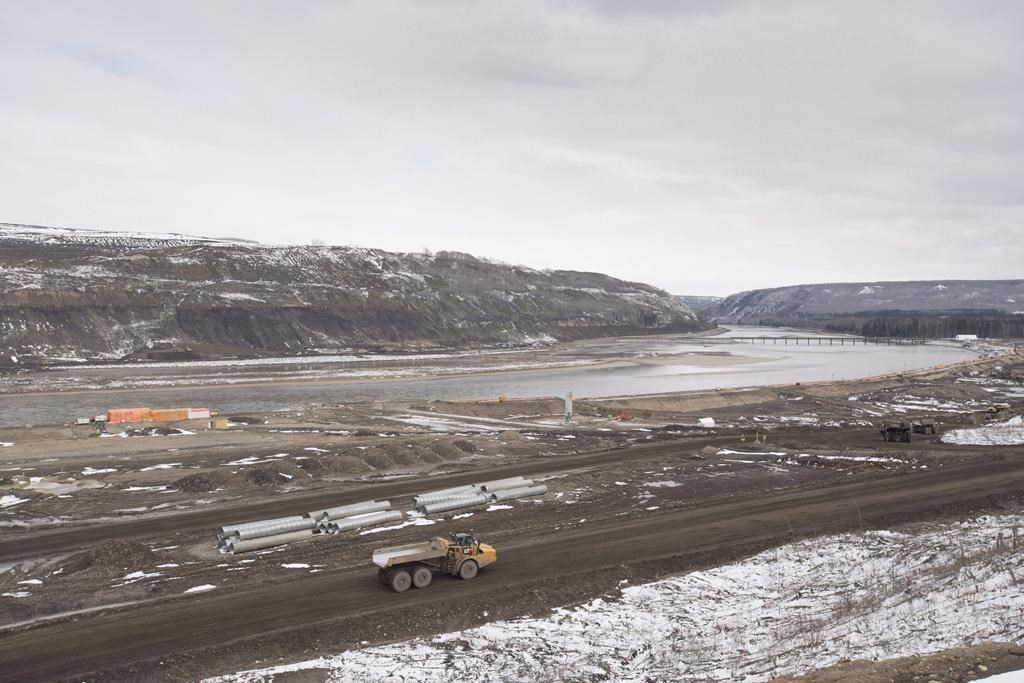 MOBERLY LAKE, B.C. — A First Nations leader is calling on the British Columbia government to release several reports on the Site C dam, claiming details of escalating costs and safety concerns have been "shrouded in secrecy."

In an open letter to Premier John Horgan, Chief Roland Willson of the West Moberly First Nations says work on the hydroelectric dam in northeastern B.C. should be suspended immediately until cabinet makes a decision on the project.

"You can reject the madness of ploughing ahead with this unnecessary, unsafe, and unlawful project. You can choose instead to immediately suspend the project," the letter says.

The letter says BC Hydro has withheld its two latest progress reports from regulators and the premier has refused to release a report prepared by special adviser Peter Milburn.

BC Hydro said the reports referenced are actually commissioned by the government and referred questions to officials there. The Crown utility did not respond to the allegations that the project is unnecessary, unsafe and unlawful.

The Energy Ministry said in a statement it is reviewing Milburn's advice and "will share the findings as soon as possible."

In addition, government is awaiting a report from two independent international experts who are reviewing the measures proposed to address geotechnical challenges at Site C, the ministry said.

The ministry did not respond directly to questions about whether it would pause the project or respond to allegations that the project infringes on the First Nation's treaty rights.

Willson said in an interview if the reports aren't made public voluntarily, the First Nation will seek their release through court action.

The First Nation has already prepared a notice of application and served the parties with a motion but is awaiting scheduling availability before filing the document with the court, said Tim Thielmann, a lawyer for the First Nation.

If the documents reveal significant safety risks, costs or scheduling implications, the First Nation may apply for a second injunction against the project. When the B.C. Supreme Court denied an injunction in October 2018, it said a new injunction could be granted if there was "unforeseen and compelling change in circumstances," he said.

"If we find out that there is a serious safety risk or financial implication that justifies another injunction, then the court has left the door open for West Moberly to bring a new injunction," Thielmann said.

Soon after taking power, Horgan announced in December 2017 that the government would support completion of Site C, but said it is a project the NDP would never have started.

BC Hydro reported to the B.C. Utilities Commission in July that geotechnical problems found in late 2019 had created a "project risk," requiring stability measures to be taken on the right bank of the dam.

The B.C. government appointed Milburn, a former deputy finance minister, in July to review the project. Energy Minister Bruce Ralston said this month he wouldn't discuss its findings until they are reviewed by the premier and cabinet.

Willson said in an interview that the hydroelectric dam is an unnecessary infringement of the First Nation's treaty rights and he doesn't believe the community's concerns have been taken seriously.

The Peace River, where the dam will sit, runs through the heart of the First Nation's territory, Willson said.

Treaty members still live near the site and work should be halted if there are real safety concerns, he said.

Given the government's stated commitment to the United Nations Declaration on the Rights of Indigenous Peoples, Willson said he's disappointed the government is allowing the project to forge ahead.

The First Nation has already asked the government to share the reports but decided to pen the open letter after hearing no response, he said.

"It's ridiculous. We're in an age of reconciliation. We wanted to sit down with them and have a conversation with them about how we can meet the energy needs of B.C. without flooding the valley," Willson said.

"We want to give them a chance to do the right thing."

— By Amy Smart in Vancouver

This report by The Canadian Press was first published Jan. 25, 2021.

By Robert Hackett | Opinion | May 11th 2020
Coronavirus in Canada

Site C was a fairly bad idea when the Liberals started it. By the time Horgan came along, I can kind of see his reasons for pushing on--so much sunk costs already spent, better to at least get a dam out of it. But the overruns keep mounting and now it seems there's major geological problems? Even if they can be fixed, you can bet it'll cost a mint. Screwing over first nations and it won't even be worth the money . . . it's time to pull the plug.