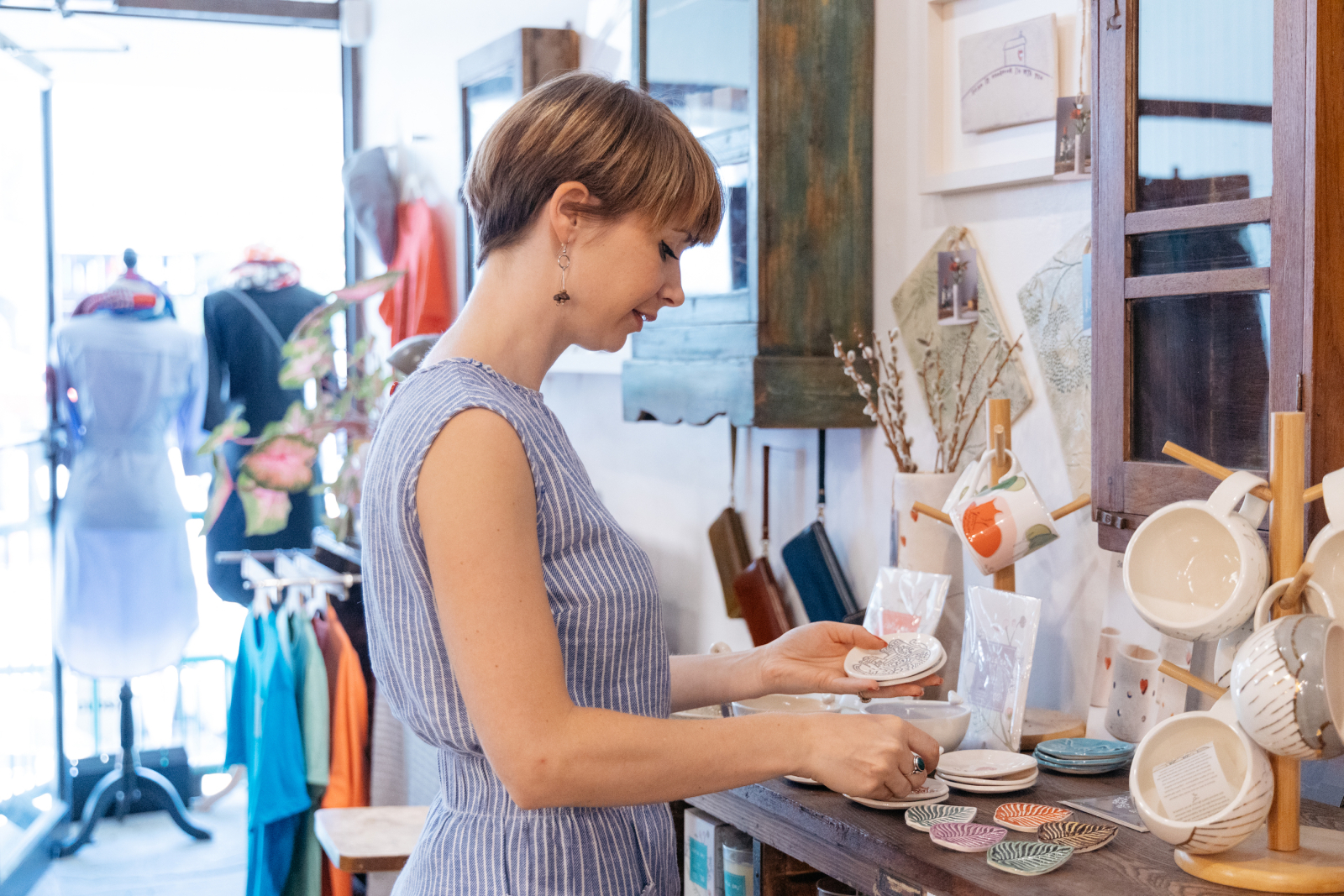 Sinéad Clarke says she has put too much into the Irish Design House to walk away because of the pandemic. Photo supplied by Sinéad Clarke
Previous story
Next story

Sinéad Clarke’s Irish Design House in Toronto’s Riverside district had a website before the COVID-19 pandemic hit, but she admits it wasn’t that useful since most customers want to touch the curated artisan imports she sells.

But it has become the subject of intense focus for the young business owner since, including one particularly frantic weekend in November after Premier Doug Ford’s Friday announcement of tighter restrictions that would force the store closed that Monday.

Clarke and her partner Benny, a graphic designer, worked into the early mornings to stock virtual shelves with handmade pottery, weaving, silversmithing, tailoring, screen-printing and other products sourced from dozens of Irish craftspeople.

That weekend, they also set up bookings for 20-minute virtual video-shopping experiences that she credits with boosting Christmas sales. She felt she had little choice.

“That's not an option,” Clarke said when asked whether she’d consider walking away. “Not that it's not an option, but I really hope it's not because I’ve put too much into this to just close. So we'll try everything from every different angle.”

That included a fast pivot to mask-making in the early days, when sales dried up overnight. Initially donating them all to hospitals and care homes, she later added a donate button to the store's website so others could help shoulder the costs, then sharing the sewing work by giving volunteers fabric kits to help out. Eventually, she started selling them to help cover mounting back-rent payments and other costs.

“That’s how we made it through the first lockdown,” Clarke recalled in a video interview. “If I didn't do that, I wouldn't be here now.”

The 36-year designer’s struggles to keep her business solvent are shared by small business owners across the city and beyond, but she said the longevity of her goods provide some breathing room.

“At least if it doesn't sell, it's not the end of the world. It's here and paid for and I can have it for next year at least,” she said, about the inventory she ordered in the summer for the end-of-year shopping season. “For a restaurant, food spoils. This doesn't spoil.”

Clarke had been offering one-on-one sewing lessons and designing her own brand of sustainable clothing at the back of the store when the pandemic hit.

"I’ve put too much into this to just close. So we'll try everything from every different angle,” says Sinéad Clarke of her Toronto store @IrishDH. #COVID #onlineretail

She has put that work on hold — and cancelled her usual summer camp for kids — to focus on the demands of keeping the main business running.

Clarke is determined to carry on, but worries 2021 will see a slump as customers stop spending as lockdowns drag on. She also doesn’t know what will happen when she gives birth to her first kid, due in April.

“I'm too stubborn to let that happen, so I'll work as hard as I can, but it's really scary. It still is,” she said.

Clarke said the support of loyal customers has helped her keep the faith.

On that weekend back in November, Clarke decided to extend Sunday's store hours of noon to 5 p.m. to 10 a.m to 9 p.m., and when she arrived to open up, there were customers waiting.

“That was amazing, to see the support,” she said. “That was unreal, and that’s what keeps you going. We know that the support is out there.”