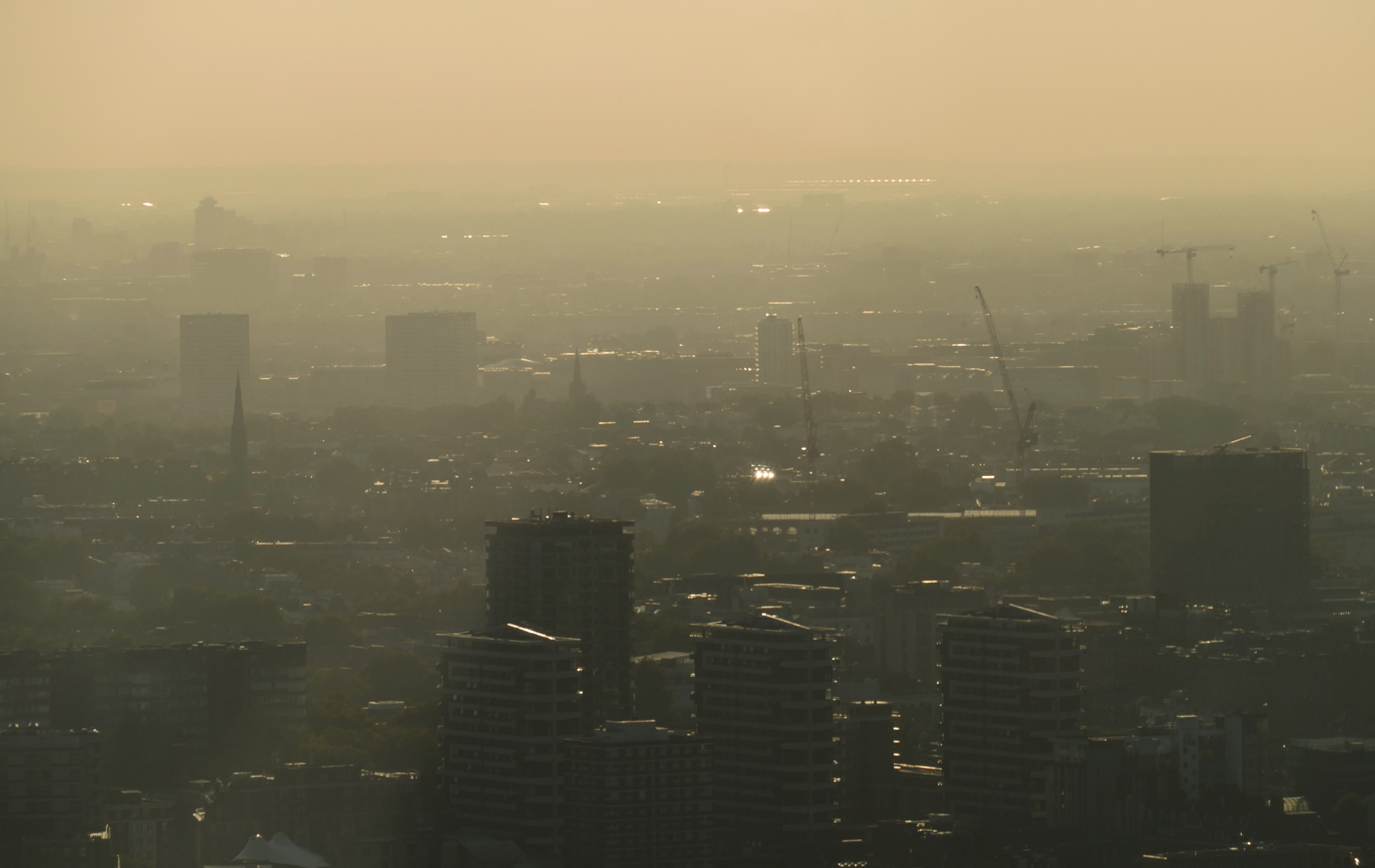 Researchers said the eyes have a particularly high flow of blood, potentially making them very vulnerable to the damage caused by tiny particles that are breathed in and then flow around the body. Photo by Call Me Fred/Unsplash
Previous story
Next story

Small increases in air pollution are linked to an increased risk of irreversible sight loss from age-related macular degeneration (AMD), a large U.K. study has found.

Previous work had already found a link between dirty air and glaucoma and a link to cataracts is suspected. The scientists said the eyes have a particularly high flow of blood, potentially making them very vulnerable to the damage caused by tiny particles that are breathed in and then flow around the body.

The study is the first to assess the connection between air pollution and both diagnoses of AMD that the patients said they had been given, and measurements of harmful changes in the retina. It found a small increase in exposure to tiny pollution particles raised the risk of AMD by eight per cent, while small changes in larger pollution particles and nitrogen dioxide were linked to a 12 per cent higher risk of adverse retinal changes.

AMD is the leading cause of irreversible blindness among the over-50s in high-income countries and there are 200 million people around the world with the condition. In the U.K., about five per cent of people over 65 years old have the disease.

The biggest risk factors for AMD are genetics and poor physical health issues, such as smoking and obesity. But as lifestyles become healthier, the impact of air pollution will become more important, the researchers said, and, unlike genetics, levels dirty air can be reduced with the right policies.

Air pollution is being linked to an increasingly wide range of diseases, and the World Health Organization says 90 per cent of the world population lives with dirty air. A global review in 2019 concluded that air pollution may be damaging every organ in the human body, as inhaled particles travel around the body and cause inflammation.

“There is an enormously high flow of blood (to the retina) and we think that as a consequence of that, the distribution of pollutants is greater to the eye than to other places,” said Prof. Paul Foster, at University College London who was part of the study team. “Proportionately, air pollution is going to become a bigger risk factor as other risk factors are brought under control.”

“It’s important to keep things in context — people shouldn’t be looking outside their door and thinking: ‘I can’t go out because it is polluted out there,’” he said. “The study gives people information that they can use to alter their lifestyle choices. For example, it may be another reason why we might consider going for an electric car instead of buying a diesel.”

The research is published in the British Journal of Ophthalmology and used data on 116,000 people in the U.K. Biobank database aged 40 to 69 with no eye problems at the start of the study. The health of the retina was examined by scans for more than 50,000 people.

The research is published in the British Journal of Ophthalmology and used data on 116,000 people in the U.K. Biobank database aged 40 to 69 with no eye problems at the start of the study. #pollution #eyehealth

The researchers found that people exposed to an additional microgram per cubic metre of tiny particles had an eight per cent higher risk of AMD. The average level of tiny particles in the U.K. is 10µg/m3, which is relatively low compared with many other countries. The researchers took account of other factors that might influence the development of AMD, including age, smoking, weight and deprivation.

“This U.K.-based study is similar to a 2019 study from Taiwan on traffic-related pollution,” said Prof. Chris Inglehearn at the University of Leeds, who was not part of the study team. “The fact that these two independent studies reach similar conclusions gives greater confidence that the link they make is real.”

Prof. Robert MacLaren at the University of Oxford said: “This finding is significant. Furthermore, the study had an average age of around 60 and this small increased risk of eight per cent is likely to be compounded further over ensuing decades.”

The air pollution data used were levels of outdoor pollution, but Foster said levels inside homes were likely to be important.

“We suspect there’s a lot more that is relevant going on inside the house,” he said. “Anything that produces smoke is likely to be driving some of the risk.”

Foster said further research on how indoor air pollution affects eye health had been planned, but was postponed by the coronavirus pandemic. A recent study found that wood burners triple the level of harmful pollution particles inside homes.

“The traditional sign-off with anything to do with the eyes and vision is to encourage everybody to have a routine eye examination once a year, particularly those over 40,” Foster said. “It’s a great way of spotting eye disease.”

Millions of Canadians at high risk from air pollution

Eyes, lungs, liver, kidneys, reproductivity, learning ability ... cancers
I wonder if anyone's calculated a theoretical savings in health costs, were there no fossil fuels burning, i.e., what the healthcosts of GWGs are.
And when we'll begin to count the considerable amounts being pumped into the air as laundry exhaust ...