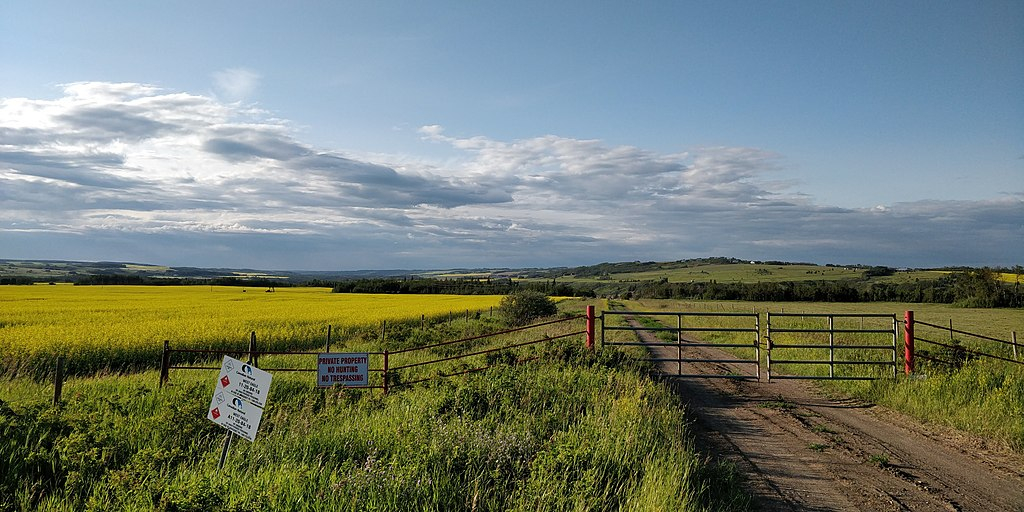 More than a year after its closure, a service aimed at helping farmers in the Peace Region of British Columbia navigate their relationships with the oil and gas industry has been reintroduced.

The area has seen significant growth in the natural gas sector: Natural gas production has increased 44 per cent over the past decade, leaving many farmers concerned about the effects it could have on their land, crops and livestock.

“They have very limited powers because, obviously, the government has (let) industry supersede agriculture,” Brian Deffler, who is a third-generation farmer in the region, said about the service. “It gives us another avenue to help address some of the concerns that we have with (oil and gas) coming on our land.”

The Farmers Information Service says it will help educate farmers about the industry and their rights, help them prepare for meetings with companies, and give referrals to other services. It replaces the Farmers Advocacy Office, which closed due to funding problems. Maria Reschke, who is leading the service, says its absence was felt by farmers.

“The word is slowly getting out there. Folks are really glad to have it back again,” she said. “(We’re) just really staying focused on providing that service of informing landowners, equipping them, so they've got ... fact-based, unbiased information.”

However, at least one Peace Region farmer says although advocacy services are helpful, they don’t have enough power or leverage against oil and gas companies.

It’s the story for Jennifer Bowes, who moved out of the area in August 2019 due to the presence of oil and gas. Now farming in Brisco, B.C., she said she used the Farmers Advocacy Office regularly before moving away.

In her eyes, there needs to be a complete shift in how the oil and gas industry communicates with farmers, as well as an increase in farmers’ rights. She points to her old farm in the area as proof: Bowes said it was 800 metres from an oil site, but outside the consultation zone by 50 metres, so they didn't get an evacuation plan if a spill were to occur.

She said she remembers feeling her house shake from drilling at a nearby site.

“I think every industry in the Peace Region needs to be treated equally, and right now, it seems like oil and gas is taking precedence over our farmers and landowners,” she said. “There were 40 of us on this dead-end road with no cell service. (The companies) couldn't tell us how they were going to get us out.”

The area has seen significant growth in the natural gas sector: Natural gas production has increased 44 per cent over the past decade, leaving many farmers concerned about the effects it could have on their land, crops and livestock.

Bowes said there were a few issues that caused her to leave the area, but it was the larger picture of threatened food and health security that prompted her to pack up.

“I miss my community. I mean, it was our home, we decided to stay there. We were going to retire there. The people are amazing. You have such a variety of people: conservative, liberal, NDP, you name it, they all get along,” she said. “They kind of put everything aside, and they just work together, because you need to be out there.”

Deffler, who plans to stay in the region despite difficulties dealing with the oil industry, hopes the service will help other farmers advocate for themselves. However, he agrees with Bowes — more needs to be done to actually address the problems facing farmers.

“There's no firm mechanism in place that I can see that really will address this,” he said. “You sort of have to try the best you can and try and hold them accountable.”