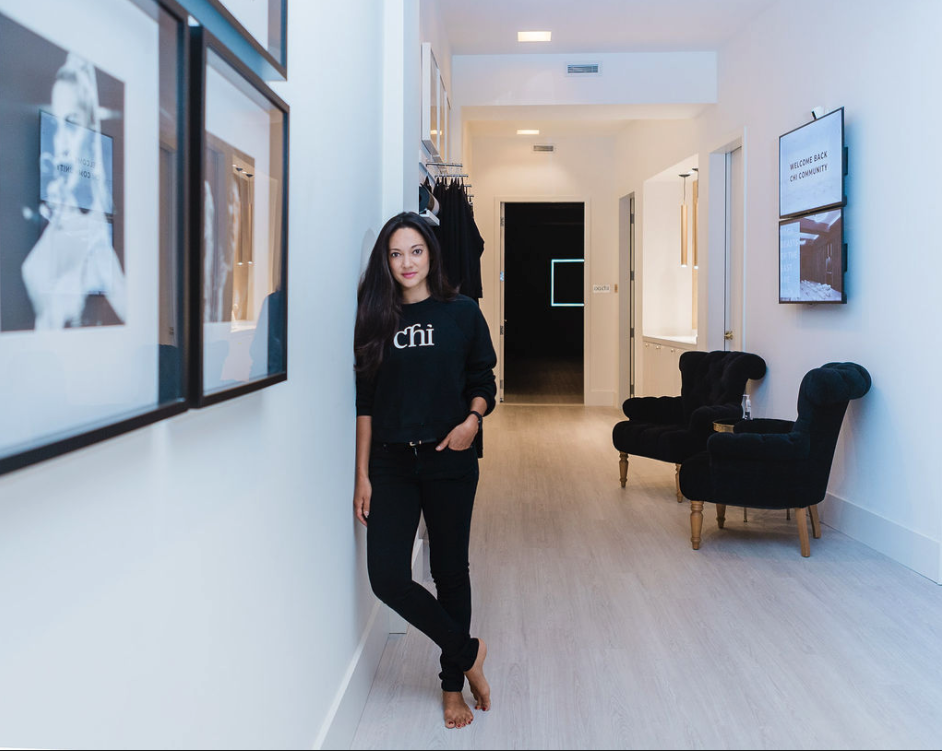 Rachelle Wintzen's business had grown steadily since its humble beginnings in a 100-square-foot room in a former factory building just south of Queen Street East seven years ago. Then COVID-19 hit. Photo supplied by Rachelle Wintzen
Previous story
Next story

The calculated investment Rachelle Wintzen took to keep growing her yoga business was paying off handsomely in the five weeks Chi Junky was open in early 2020.

The business had grown steadily since its humble beginnings in a 100-square-foot room in a former factory building just south of Queen Street East seven years ago. By early 2019, she had signed a 10-year lease on the entire 4,000-square-foot site.

Wintzen then took out a loan to finance two-thirds of a $150,000 renovation that closed the studio for two months in early 2020 in order to gut the entire first floor and soundproof the whole building. In those heady five weeks after reopening —and before the pandemic changed everything — revenue was up 40 per cent as her clientele of mostly 20- to 40-something women packed many of the 40 sessions a week.

“It was quite short-lived, so I’m holding on for dear life hoping that we can reopen again and everyone can enjoy all the work that was put into the studio,” Wintzen said in a phone interview.

Ever since, it has been a tough slog for the 37-year-old, who put more money into live-streaming technology in the summer while offering sharply discounted online classes in an effort to retain as many of her customers as possible.

“At least it's keeping your community engaged, and they're not forgetting about you,” she said. “When we can reopen, we don't want to start from scratch.”

But around three-quarters of her customers have stayed away, she said, due to their own fresh financial constraints or inability to engage with the online format for various reasons, and Wintzen hasn’t always been sure the yoga and wellness studio could make it through.

In September, she wrote to clients to tell them she faced the prospect of closing up for good at the end of the month.

A bump in registrations for online classes in response has helped her carry on for now, but that and an uptick in merchandise sales have since retreated again and balancing the books remains a challenge.

Variations on Wintzen’s dilemma play out across the city and beyond, as small business owners wrestle with the sharp cuts to sales that are only partially made up by government support and efforts to reimagine operations that previously relied on in-person contact.

Chi Junky’s monthly expenses would run around $40,000 prior to the pandemic, Wintzen said, with 27 people on the payroll, including around 20 instructors.

That has had to be tightened drastically, with six instructors kept on initially (and three more added since) and Wintzen doing all the behind-the-scenes management and marketing work herself.

She said she qualified “for pretty much all the government support available,” including federal rent and wage subsidies, and has just applied for a provincial grant that opened up earlier this month.

“It's good, but to be completely honest, it's not enough and there is a lot of red tape around it, and you have to wait quite a while to receive a lot of the funding,” she said of the various programs. “Any money that I have received goes right into paying bills.”

There’s currently a two-month delay for the wage subsidy, she said, and it must be applied for each month. While she was initially getting the maximum 75 per cent boost, that has been reduced to 20 per cent as Ottawa starts to wind down the program.

While the rejuvenated space enabled Chi Junky instructors to run two classes of 30 students simultaneously, the public health restrictions put in place when the studio was finally allowed to reopen in the summer only allowed for 15 people in total, later tightened to 10 people. Even then, safety concerns meant that some classes took place with just four people attending.

Wintzen plans to continue streaming live classes once the studio is able to open again, showing just the instructor and not the people attending, with pricing for the online version at a similar discounted level as offered currently while the in-person experience would be at something like her regular pricing.

She's trying to be optimistic, but it is spiced with a heavy dose of realism.

How this Irish handcraft store is virtually fighting COVID-19