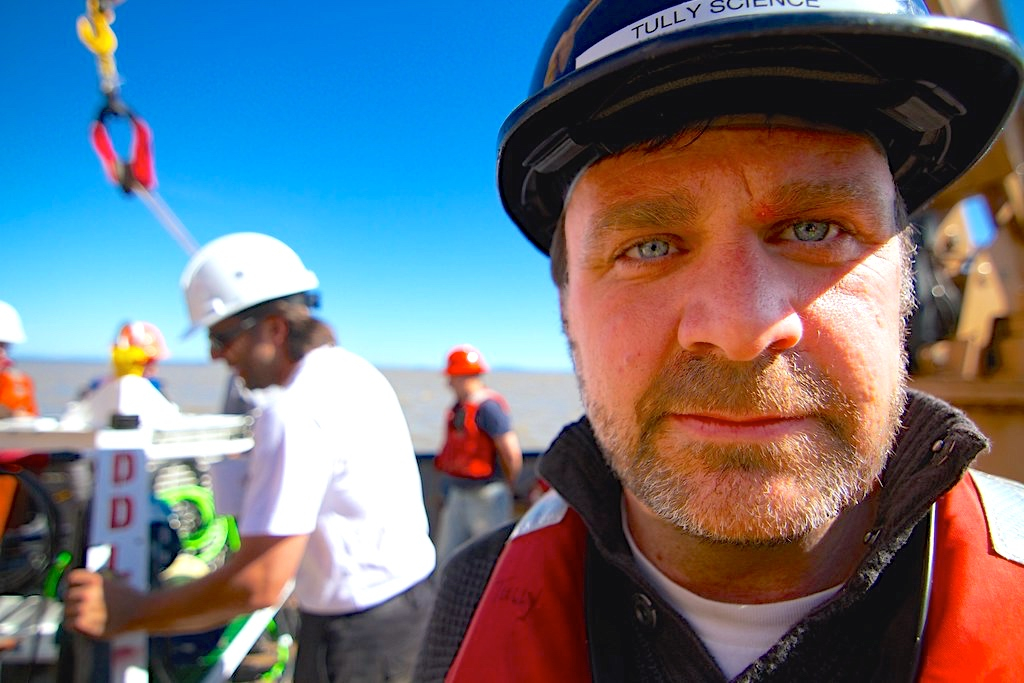 Federal scientists and the Canadian Coast Guard have joined the flurry of scientific activity around the site of a massive landslide late last year in the Bute Inlet watershed on B.C.’s isolated central coast.

A mountain slope, likely destabilized by glacial retreat due to climate change, plunged into a lake northeast of the inlet.

The outburst created a torrent of millions of tonnes of earth, water and trees that carved up creek beds and river bottoms before spilling into the ocean at the head of the fjord.

“It’s a once-in-a-lifetime opportunity to go out immediately after an event like this,” said Lintern, a marine geoscientist.

The aim of the expedition was to examine changes in the seabed, sediment flow into the inlet, and how an almost real-time event such as this produces sediment and organic deposits in the geological record, he said.

By examining new layers laid down on the inlet floor, scientists can untangle not just the impacts of the event, but also use the data to better interpret the geographic record of past events, such as landslides and earthquakes, and better predict the impacts of future ones, Lintern said.

The aim of the expedition was to examine changes in the seabed, sediment flow into the inlet, and how an almost real-time event such as this produces sediment and organic deposits in the geological record. #BC #landslide

“This really is a great opportunity to improve our science,” he said, adding the Homalco First Nation welcomed the expedition to its traditional territory.

Scientists also have the good fortune of having lots of good baseline data in Bute Inlet before the slide, Lintern said, noting an international consortium involving the Geological Survey of Canada, the National Oceanography Centre in Southampton, England, and the universities of Durham, Hull and Calgary has been studying the fjord for five years.

During the expedition, a smaller Canadian Hydrographic Service (CHS) vessel equipped with a multi-beam echo sounder and laser scanner was used to figure out how much sediment was added to the inlet’s seabed by the landslide.

Sediment cores were also collected and instruments were placed on site to track ongoing sediment movement.

The Coast Guard and the hydrographic service were also keen to determine whether floating wood debris from the slide and physical changes on the delta at the head of the inlet posed a marine hazard or necessitated changes to nautical charts, Lintern said.

While pockets of the inlet were cluttered with wood, it was still navigable with caution, he said.

The research team had expected to find a buildup of sediment and debris at the mouth of the Southgate River, but, in fact, the force of the flood blew out a swath of the delta at the head of the inlet, Lintern said, adding the changes will likely need to be mapped out.

Rather than accumulating, deposits from the torrent ended up more than 50 kilometres away, settling up to 600 metres deep, he added.

The massive slide occurred in a remote and isolated area and didn't impact any communities or infrastructure, but did wipe out critical salmon and grizzly bear habitat in the watershed.

The devastation was first surveyed by a pilot with 49 North Helicopters based out of Campbell River on Vancouver Island.

There has been a glacial lake outburst flood, Elliot Creek just east of the head of Bute Inlet. Thanks to Interfor ground crews for forwarding the images to Pierre Friele. Details are sparse but appears part of glacier failed and hit lake. Location and satellite to follow. 1/3 pic.twitter.com/Umvn6nybaP

The possible causes, impacts and long-term effects of the natural disaster have fascinated researchers, both in Canada and around the world.

Generally, sediment layers from big events like this are recorded on average every 150 years, Lintern said.