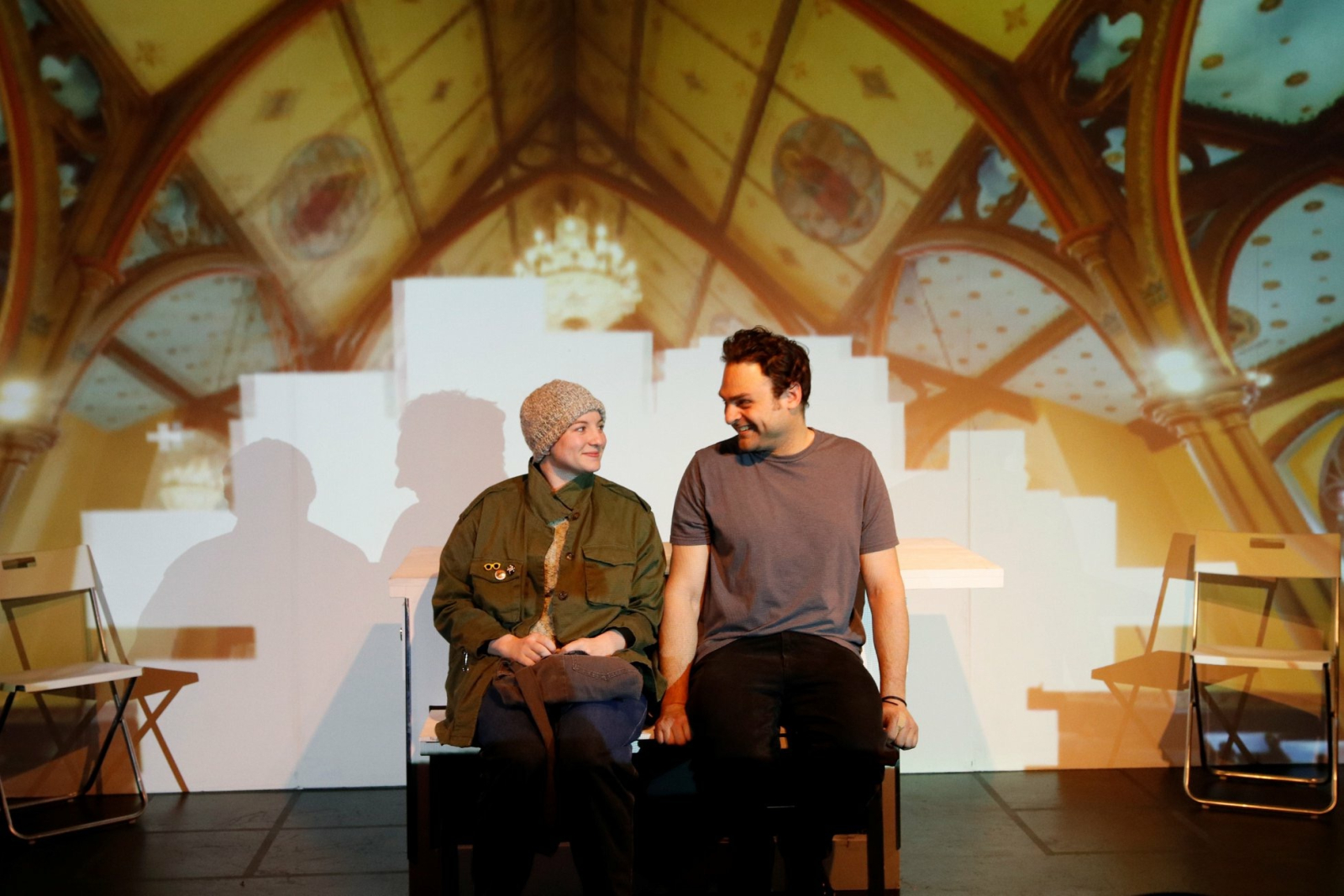 For Cass Van Wyck and Luis Fernandes at Assembly Theatre, an independent performance space in Toronto’s Parkdale neighbourhood, tight budgets and low overheads were a staple of life well before a global pandemic upended their plans for 2020.

That, coupled with access to grants and funding they had previously been too small or not profit-focused enough to qualify for, means the volunteer-run outfit has managed to carve out a little more financial security than they’re used to despite the massive disruption.

The theatre, a key stage for young and emerging performing artists to get their first break, squeezed in two performances of a production the pair co-directed with most of the theatre’s existing resources before COVID-19 restrictions forced them to cancel the rest of the three-week run.

They’ve tried hard to move their work online since then, with varying degrees of success.

“We're a live theatre venue. We don't know what it is to do things online. We're not video producers, we aren’t online content producers,” Van Wyck said. “You want to put a show up in two weeks at our space, yeah, we’ll get that done in our sleep, but this is a whole new world.”

An online version of Operation 24 — a long-running Assembly community event that challenges actors, writers and directors to create a 10-minute show in under 24 hours — in May expanded beyond the typical Toronto crowd to include a writer in Australia and actors from New York.

But while a morale-boosting achievement, the virtual setup also meant a lost opportunity to charge admission or sell alcohol.

“(Operation 24 events) were already not exactly blowing up the bank account, but you move it online and the chances to monetize it go out the window, it’s even harder to make a buck on them,” Fernandes said.

And they’ve also had exceedingly frustrating moments, particularly with Fernandes’s idea to make use of the theatre’s large storefront window on Queen Street West to present a month of performance art behind glass, which they dubbed the Window of Opportunity Festival, or Woo Fest.

“You want to put a show up in two weeks at our space, yeah, we’ll get that done in our sleep, but this is a whole new world,” says Cass Van Wyck of @assemblytheatr_. #COVID #TOarts

After months of somewhat looser restrictions in the summer, they planned for Woo Fest to run through October and culminate in a Halloween-themed event.

But then the COVID-19 cases numbers kept creeping higher, and a second lockdown was ordered that nixed that possibility.

“The process of the stop and start is incredibly demoralizing and frustrating,” Van Wyck said.

Fernandes said it might have been better to not even try.

“We discovered that trying to do something, but not seeing it through is way worse than just accepting you can’t do something,” he said.

One lesson the two say they’ve learned is to temper their expectations of what can be achieved during an extended public health crisis.

Woo Fest will go ahead next month, but on the theatre’s YouTube channel rather than the storefront, with artists having submitted video recordings over the last few weeks.

They’re hoping to do the window version in June, and are making tentative plans for online community events from March to May, and outdoor content from July to September, pending funding.

By November, they hope to announce their lineup for a return to the theatre in 2022.

Lars Classington was on set with Hollywood star Jason Momoa on the biggest production of his life a month before the first lockdown.

The stand-up comedian and actor had been bringing in around a third of his pre-pandemic income from running his own production studio, Laughing Vikings, which he started a few years earlier so he wasn’t always at the whim of other people deciding whether or not to give him a role. But it didn’t help much in the early days of the pandemic.

“All of that for me came to a screeching halt, like everyone in the TV, film and performance industry,” he said.

“So I went from being on set and being on stage and going out for auditions, having auditions here at the studio, recording auditions, doing stand-up shows, doing theatre shows and then all of that was not allowed for that first four months.”

Those early days weren’t at all easy.

“There were times, especially early on, when I haven't reacted entirely positively to this,” Classington said. “I’ve curled up in the fetal position on the couch, crying and wondering what the heck's going to happen, thinking all the worst thoughts.”

But after cutting his expenses right back, Classington decided he had to invest whatever he could in digital training.

“(It was one) of the first things I did, very trepidatiously. It was hard to do because I had zero income on the horizon, but I invested about $1,000 into digital training, essentially going back to school” to learn how Zoom works and joining all sorts of webinars.

He has since overhauled his website and cranked up the content he puts online, working on podcasts and releasing a live recording of a prior stand-up performance.

Classington has been doing some online stand-up, too, both performing and hosting, and while acknowledging the difficulty of not feeling the energy of a live audience, says the digital reality is one performers have little choice but to embrace.

“It’s a different vibe, a different feel, but there's a lot of creativity and there has been a million different projects born from this, too,” he said. “I think 2020 for a lot of people has been the seed of the big things they were kicking around and never executed on and finally they took a shot at it.”

Classington is determined to grow through the pandemic, working to create an online presence that can survive and thrive even after live performance spaces and productions return.

“I think making money in the future just depends on how many spots on the Internet you have that someone can do this with their thumb or their finger,” he said, making a swiping motion on his phone. “So I'm just trying to put a bunch of those out there.”