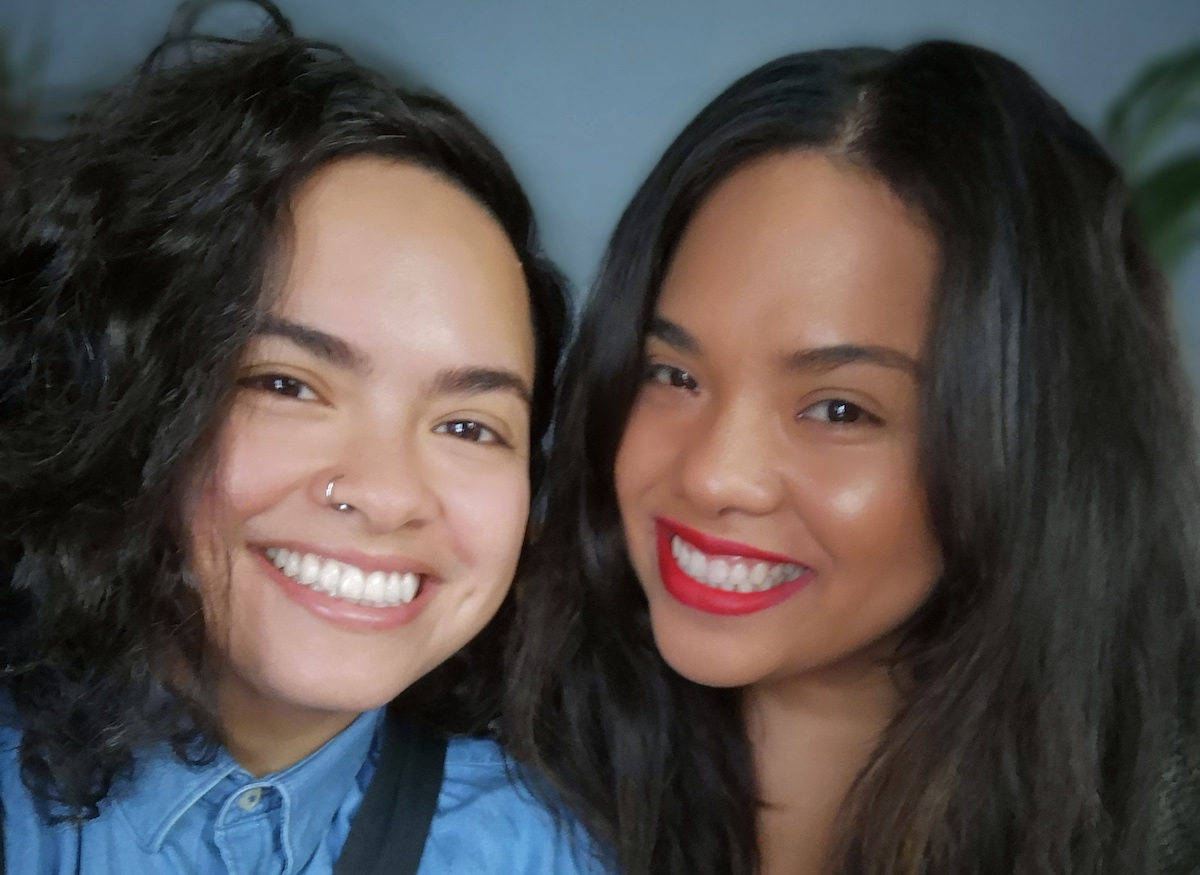 Jenny and Clarissa Vasquez spent most of last year honing their techniques and recipes for a pop-up tamale business, blending influences from Mexico and Guatemala, where their parents were born.

For their December menu, they wanted to offer customers something special — Guatemalan holiday tamales they had grown up making with their mom. “All our childhood friends knew about tamales, especially at Christmas time,” Clarissa said.

But there was a problem. Their mom Norma had the recipe and know-how, and due to the pandemic, the annual Christmas tamale cookoff was impossible.

It seemed heartbreaking that the tradition would skip a year, Jenny said. “We were kind of bummed, and we actually thought, maybe we don't make them this year.”

The pandemic has forced all manner of in-person activities online. Their parents had passed on to their kids persistence and confidence, qualities which have helped the sisters navigate unexpected challenges. During the pandemic, Jenny was laid off from a human resources job at an events company.

It was a blow that “kind of worked out” because it allowed more time to focus on the tamale business, which they named Mamey, Jenny says. Even the name was inspired by family roots. Jenny went to Guatemala when she was 25. It was a trip that reconnected her to her grandmothers and the place their parents grew up. One day, she tried mamey, a fruit common in Central America, which Jenny describes as a cross between a peach and a mango.

Still seeking a solution to the Christmas tamale problem, the sisters realized: “We know how to do this.”

“We've done it before, we've done it with mom there,” Jenny said. “Maybe there's another way that this can happen without it feeling so weird and different.”

So they got all of their special ingredients together — olives, nuts, seeds, green tomatoes, red tomatoes, red peppers, spices, chocolate and chiles — and went to their kitchen at the Kitchen Collective, which they share with other small food businesses in Hamilton.

Struggling to survive the pandemic, these young #Ontario sisters did as their mother and grandmothers did before them — cooked and sold tamales. #COVID19 #covidrecovery #tamales

Then, they dialed up their mom for a video call.

The sisters like to pump up music and create some vibes on the day they wrap the Mamey tamales, spreading a thin layer of masa dough on a corn husk or banana leaf and spooning the filling on top.

“But there was a special energy that day around making these ones because this is like the OG tamal that we first learned to make,” Jenny said.

They zoomed in close so their mother could evaluate their technique.

“And I was wrapping and Clarissa was just showing her,” Jenny said. Their mom couldn’t resist a few tips: A little more sauce here, wrap it like that there.

They’d even figured out a way to make a vegan version, which made their mother a little suspicious.

Until she tasted it.

When their parents stopped by to drop Christmas presents at a distance on their porch, the sisters gave them holiday tamales to try. It was perfect.

“I could cry. Your grandma would be so proud of you,” she said. “‘You guys have learned how to do it, and do it well.”

It’s a tradition for women in the sisters’ family to make food to share with others. Their mom has her own tamale business in Niagara Falls, selling tamales to migrant workers on farms. She has taken a break from that during the pandemic, but she ran a similar kind of business before she had kids, when she lived in California. Both of their grandmothers in Guatemala have been known for their food, too.

A month later, recalling their mom’s blessing for their first solo Christmas tamales still brings tears to their eyes.

“It was really emotional,” Jenny said. “I just cried.”

The holiday tamal challenge was one of many emotional hurdles for the 30-something sisters who launched their pop-up shop selling tamales in Toronto and Hamilton last year. They made their first tamales to sell to friends and family last spring, and started their pop-up business selling to the public in September. Ever since, Mamey has had to adapt to multiple levels of lockdown, in multiple cities, each with its own set of rules.

Starting a business during a pandemic has definitely been a challenge, Jenny says. “I think it's definitely made us stronger and more resilient.”

At its heart is a cross-continental family tradition.

Every time they make tamales, using the name of a fruit they discovered in their homeland, they think of their grandmothers and how proud they would be.