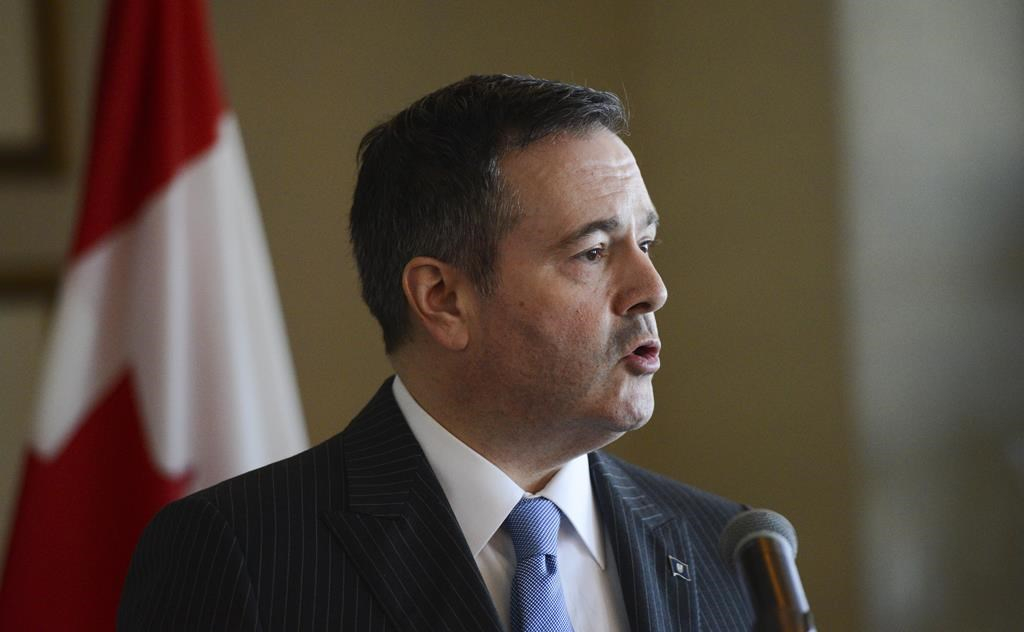 The Alberta government has given an inquiry into the funding of oil and gas industry critics another deadline extension to complete its report.

The inquiry headed by Steve Allan was to have completed the report by Sunday.

Late Friday, the United Conservative government released an order-in-council amending the inquiry's deadline to May 31.

"Cabinet has granted the commissioner's request for an extension to ensure he is able to complete a comprehensive investigation into a possible well-funded foreign campaign aimed at discrediting the province’s energy sector," Peter Brodsky, press secretary for Alberta Energy Minister Sonya Savage, wrote in an email.

"Cabinet allowed the extension to ensure that potential participants have a fair opportunity to provide input."

Brodksy said no additional funds will be provided to complete the inquiry.

Premier Jason Kenney and his government contend that foreign interests have long been bankrolling campaigns against Canadian fossil fuel development.

Allan, a forensic accountant, was tapped in 2019 to lead the public inquiry with an initial budget of $2.5 million and a July 2020 deadline.

Last summer, Allan was given a four-month extension and a $1-million budget increase.

In October, the inquiry got another 90-day extension, but no new money.

Savage must publish the final report within 90 days of receiving it.

The #Alberta government has given an inquiry into the funding of oil and gas industry critics another deadline extension to complete its report. #AbLeg #abpoli

Earlier Friday, the Opposition NDP called on the government to immediately release the results of the "overdue, over-budget, scandal-tainted, not-so-public inquiry" once it's received.

"Albertans have waited long enough to hear back from this kangaroo court," energy critic Kathleen Ganley said in a statement.

She noted that thousands of energy sector workers are without a job, projects have been cancelled, investment has fled and new U.S. President Joe Biden has cancelled the Alberta-to-Texas Keystone XL oil pipeline expansion.

Environmental law group Ecojustice filed a lawsuit in November 2019 that alleged the inquiry was politically motivated, biased and outside provincial jurisdiction. Late last year, Ecojustice lost a court bid to have Allan's work paused until there was a ruling in the lawsuit.

Eleven groups and individuals were granted standing to be a "participant for commentary" before the inquiry, but their identities are not being disclosed.

Participants were provided reading material, including links to reports commissioned by the inquiry that contained passages denying or downplaying the broad scientific consensus around human-caused climate change. Those materials no longer appear to be on the website.

One commissioned report, by University of Calgary political scientist Barry Cooper, argued that philanthropic foundations have been captured by ideological environmental activists. It mentioned "growing scientific skepticism regarding the so-called consensus view regarding anthropogenic climate change" and "apocalyptic" and "alarmist" "rhetoric" around the issue.

Another report the inquiry requested from T.L. Nemeth contended there was a "transnational global movement" afoot to replace the current capitalist world order with "a new global low-carbon, net-zero civilization." In it, the author suggested climate change is not due to human activity, but natural phenomena, and that carbon dioxide is not a pollutant, but "a gas essential to all life on Earth."

The inquiry said on its website that the reports were meant to "obtain perspectives" from participants and didn't represent any findings or positions it has taken. Allan does not consider the science of climate change to be part of the inquiry's mandate, the website originally said.

Those comments were part of the same section that appears to have been taken down.

"Allan does not consider the

"Allan does not consider the science of climate change to be part of the inquiry's mandate, the website originally said." — this says it all, no?

The UCP will try to quietly

The UCP will try to quietly move this to the cellar at some point. It's become an albatross around their necks.