Killer whales are dying, and a new study tells us why 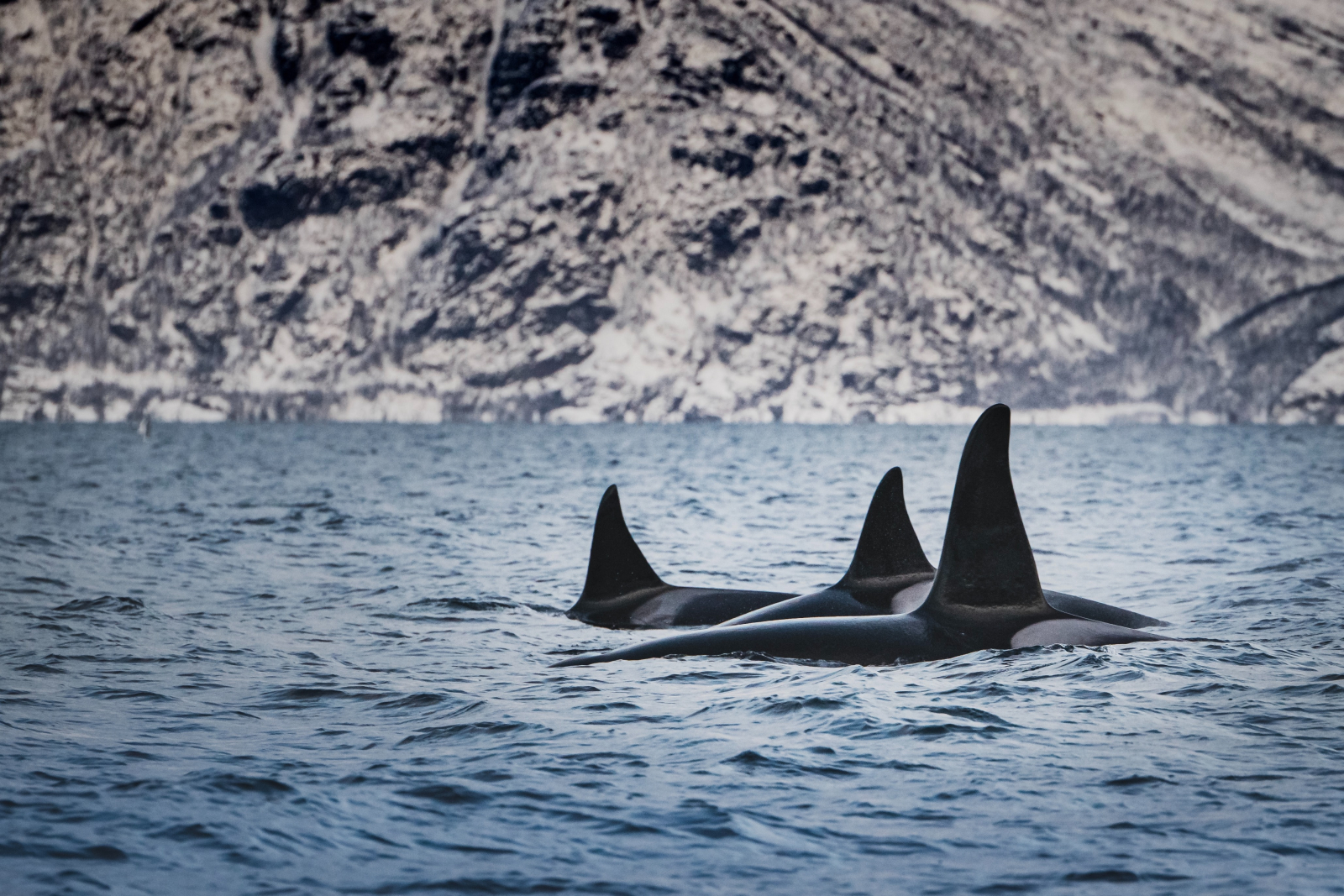 Killer whales are an integral part of Indigenous folklore and culture in the Pacific Northwest. Photo by Bart van meele/Unsplash
Previous story
Next story

Sleek. Legendary. Huge. Extremely vulnerable. That is the picture emerging from new research on killer whales from California to British Columbia to Alaska.

Revered by some Indigenous cultures as guardians of the sea and reincarnations of chiefs, orcas are apex predators whose numbers have dwindled. The new study is one of the first in-depth examinations into the causes of their mortality.

Known as “killer whales” for their ability to prey on larger whales, orcas in the Pacific Northwest have suffered from fatal encounters with ships and other vessels, malnutrition, disease, and accidental stranding due to sudden shifts in tides, according to the study, recently published in PLOS One. The goal of the research, led by the British Columbia Ministry of Agriculture and involving multiple agencies and institutions in Canada and the United States, is to offer insights to help improve conservation and management efforts.

The study analyzed pathology reports in 53 cases of orcas found stranded in the eastern Pacific Ocean and Hawaiʻi between 2004 and 2013, and determined the cause of death in about half of the cases. Fatalities involving human interaction occurred in every age category, the researchers found.

“About 40 per cent of the southern residents died of a ship strike,” says lead author Stephen Raverty, referring to an endangered group that ranges from southern California to central Vancouver Island in British Columbia. “They migrate seasonally, going offshore in fall/winter and then returning in large numbers to feed in areas that coincide with salmon runs. Many of these salmon runs occur in areas with active fisheries, and where there may be large shipping lanes.”

Fish hooks were found in two cases, adding to prior evidence that fishing gear can pose hazards to orcas, particularly younger and less-experienced animals. Other causes identified in the study include parasites and congenital defects. By analyzing post-mortem records, along with data from a separate group of 35 stranded animals, the researchers established baseline data for evaluating the health of the animals, in addition to what ended their lives.

Raverty, a veterinary pathologist for the Ministry of Agriculture, says the research was spurred in part by a significant drop during the 1990s in the southern resident population, to under 80 animals, where it remains today. (The northern population, ranging from mid-Vancouver Island to Alaska, is relatively healthy, he says.) Raverty and co-author Joseph Gaydos, a wildlife veterinarian and science director for the SeaDoc Society, a marine conservancy at the University of California, Davis, discovered that little work existed before 1998 to understand causes of death and trends in orca mortality.

The largest species of dolphin, orcas are social animals that live in family groups and hunt in pods, employing clever strategies such as trying to tip a seal off an ice floe into open water. Individuals are readily identified by unique white patches near their eyes and dorsal fins. The animals are an integral part of Indigenous folklore and totems in the Pacific Northwest; one legend describes their creation from the mating of a black whale and white osprey that fell in love.

As top predators whose prey ranges from salmon to seals, sea lions, sharks, and whales, orcas can reveal the cumulative toll of human activity on the intricate web of life. #conservation

Their deep family bonds make orcas powerful symbols in the shíshálh Nation, which actively participated in the 2016 recovery of the remains of an 18-year-old male orca, J34, which likely died from vessel-inflicted trauma off the coast of the shíshálh village of Sechelt in British Columbia. The nation’s director of resource management, skenaw “Sid” Quinn, helped mobilize local fishermen to work with the Canadian Coast Guard and others to bring the body to shore and conduct a necropsy.

“Killer whales represent family in our culture,” says Quinn. “When we were out there, it felt like we were looking for a family member. And as stewards of our resources, it was really important to find out why such a healthy young male would become deceased.”

The recovery and subsequent composting of the body were accompanied by shíshálh prayers, songs, and ceremonies, such as attendees brushing themselves with cedar branches to clear away spirits, he adds. The 22-foot-long skeleton of J34 — named kwentens Ɂe te sinkwu (“Guardian of the Sea”) by elders — is now displayed in the shíshálh Nation tems swiya Museum in Sechelt to illuminate the importance of orcas in both the culture and nature.

As top predators whose prey ranges from salmon to seals, sea lions, sharks, and whales, orcas can reveal the cumulative toll of human activity on the intricate web of life. Separate studies have shown that contaminants from industrial runoff can be carried up the food chain, concentrating in apex predators such as orcas, and affecting their hormonal function and reproductive success. The milk of mother orcas can even pass the toxins on to their calves.

Raverty says the researchers hope their data will not only aid agencies such as the National Oceanographic and Atmospheric Administration and Canada’s Department of Fisheries and Oceans, but also encourage field biologists, research scientists, and the public to share observations about abnormalities or odd behaviours in killer whales so that they can be tracked. “Because orcas are so long-lived and high in the food chain,” he says, “they really do give us insights in terms of ecosystem health.”

It’s a lesson that’s long been held in the shíshálh Nation. As xwash “Steven” Feschuk, the director of culture, puts it: “The stalashen — the orca — inhabits a lot of the qualities that our people have; whether we’re out fishing, hunting, singing, or being within our land, we’re always relying on one other to help and support each other. We all are here within this world, and we all have a role in how we live and affect it.”

They are Orcas....so call them Orcas in the headline. Orcas are dolphins not whales. RESPECT