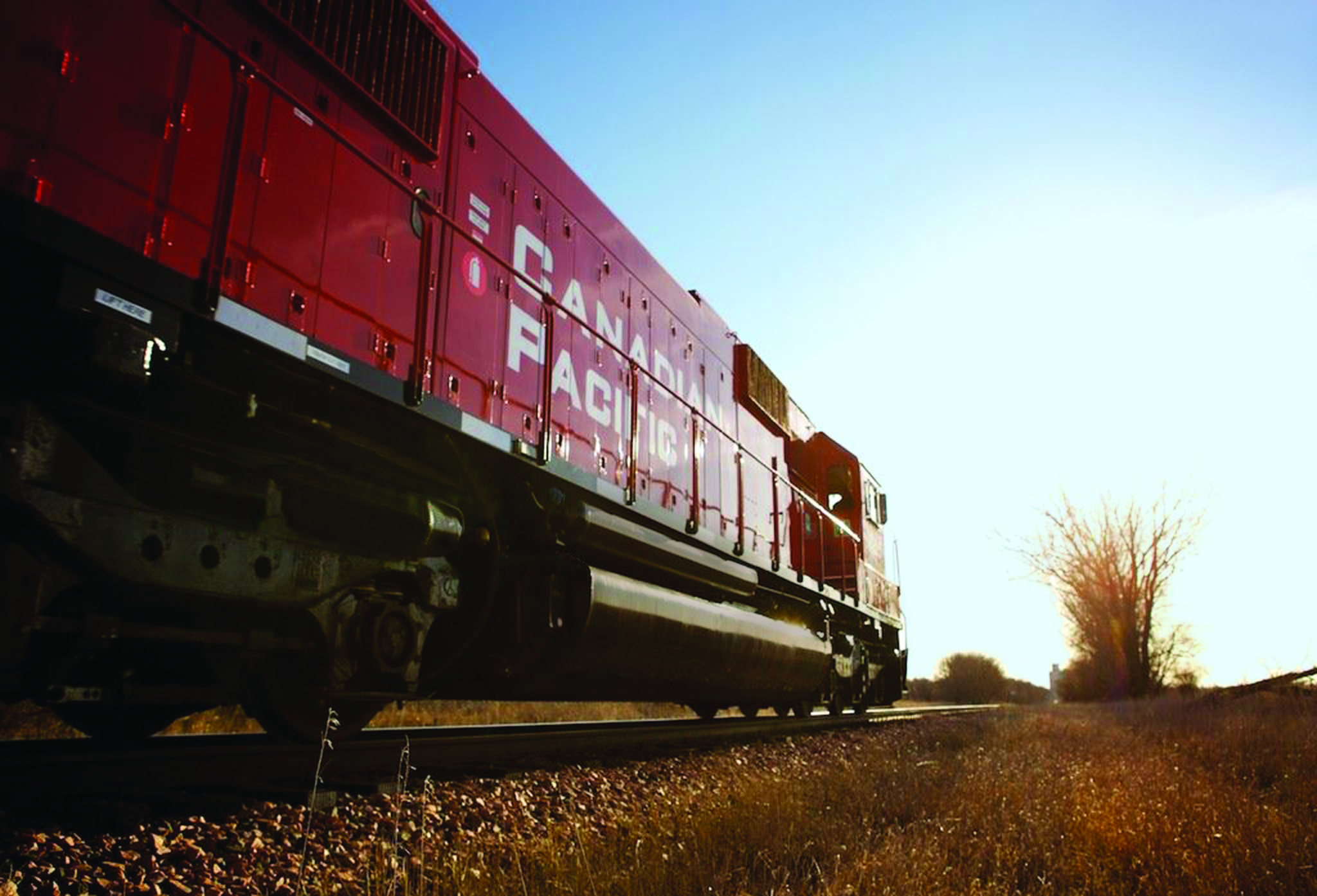 If an expansion of CP Rail operations in Pitt Meadows is approved, it could mean the loss of more than 100 acres of Agricultural Land Reserve (ALR) farmland.

The project, which will need approval from the Canadian Transportation Agency, would be built on land already owned by CP. Along with an "agricultural hub" to distribute products and an auto lot for automobile distribution, an ethanol and fuel facility would be built on the south side of the railway's existing Vancouver Intermodal Terminal.

Martin Collins, director of policy and planning for the Agricultural Land Commission, explained that although the project is on ALR land, it’s exempt from the typical development rules.

Farmer Shannon Roberts says the expansion would completely change her life. If it moves forward, Roberts says Blooming Meadows, where she grows flowers and garlic with her sister, would be 150 metres from the site. She worries about flooding, pollution and a sinking value for her property.

“It becomes pretty heartbreaking. My sister and I are the ones who do the farming component, and we put in a ton of work. Now, it might all be for naught,” she said of her farm, which is on ALR land.

It frustrates Roberts, who says she thought moving to ALR land would ensure a buffer between her farm and development. She says not being able to develop her land, but CP having the ability to expand, feels unfair.

“Now they can come and exploit that, and they don't have to go buy industrial property that costs significantly more,” she said.

Roberts isn’t alone in her feelings. On Jan. 26, the City of Pitt Meadows, which is against the expansion, put out a press release explaining why it can’t simply say no to rail projects. A petition against the expansion has almost 2,000 signatures. However, there is little the city says it can do except appeal to higher levels of government.

Farmer Shannon Roberts says the possible CP Rail expansion feels unfair. “It becomes pretty heartbreaking. My sister and I are the ones who do the farming component, and we put in a ton of work. Now, it might all be for naught.”

“Do we wish the tracks were away from our residential population? Absolutely! Is there a choice to move them? No, there is not. Is the train traffic going to stay the same? Unfortunately, no. The reality is it will increase substantially,” the city said in the press release.

“Having said that, the announcement regarding the 100-acre industrial CP Logistics Park has further complicated the discussions. Council remains vehemently and unanimously opposed to this project ... especially given the 'high-risk' commodities, such as fuel/ethanol storage and grain silos,” it said.

CP Rail’s project page lists a number of economic, environmental and community benefits it thinks the project will bring, including: “Reducing the number of truck movements on regional highways by moving more goods by rail; reducing greenhouse gas emissions; providing approximately 150 to 250 direct jobs as well as contracting opportunities for local residents and businesses; and increasing market access for inbound and outbound shipments.”

Salem Woodrow with media relations and community affairs for CP Rail, said they’re still early in the process of speaking with the community, including people involved in agriculture.

“Understanding and mitigating potential effects is a key consideration as the proposed project moves forward,” said Woodrow. “CP is open to feedback from members of the agricultural community as we continue our engagement efforts over the coming months.”

This story was amended to reflect the fact the project has not yet been submitted to the Canadian Transportation Agency.

Canadian farmland at risk due to speculation, senate report says

I'm torn. On one hand, the impacts sound kind of bad. And I'm not a big fan of CP. They should have been nationalized literally centuries ago. They're still making a killing from government giveaways they influence-peddled for at the dawn of the country's existence.
On the other hand, I do think that doing more rail and less trucks is a good idea.