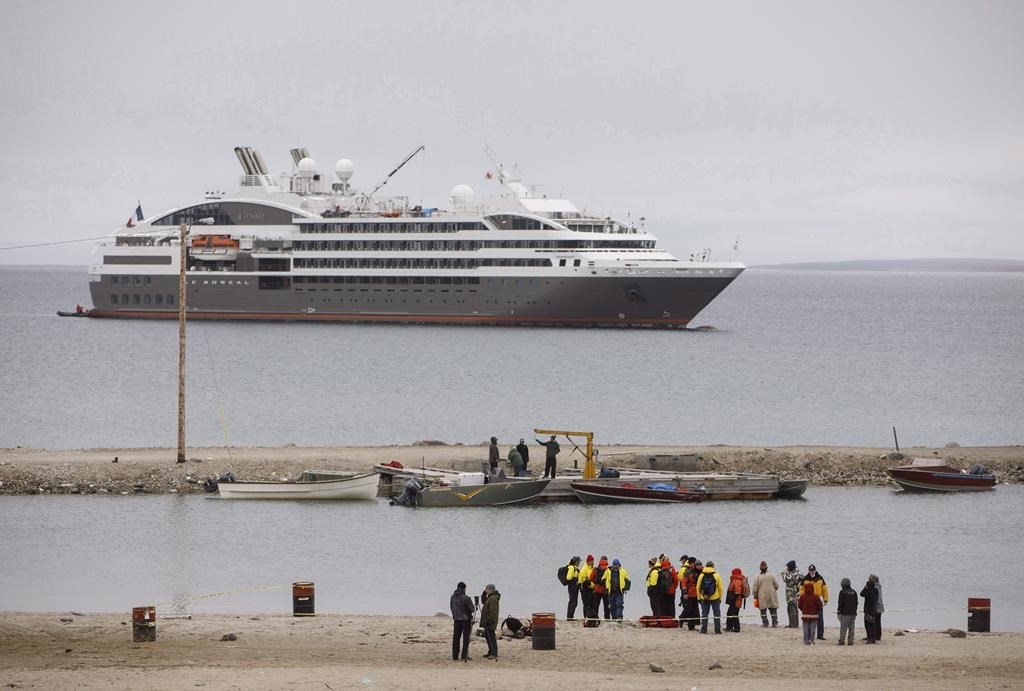 Passengers from a cruise ship reach the shore on zodiac boats during a visit to the town of Gjoa Haven, Nunavut on Sept. 3, 2017. File photo by The Canadian Press/Jason Franson
Previous story
Next story

The federal government says a ban on cruise ships in Canadian waters will stay in place for one more year.

The ban until Feb. 28, 2022 applies to cruise ships carrying more than 100 people as well as pleasure crafts operating in the Arctic, except for those used by residents in the region.

The ban was originally put in place last year was to expire at the end of February.

A news release from Transport Minister Omar Alghabra says the ban in necessary to reduce the spread of COVID-19 and protect vulnerable communities.

He also says it will allow public health authorities to focus on pressing issues, like the COVID-19 vaccine rollout and new variants of the virus.