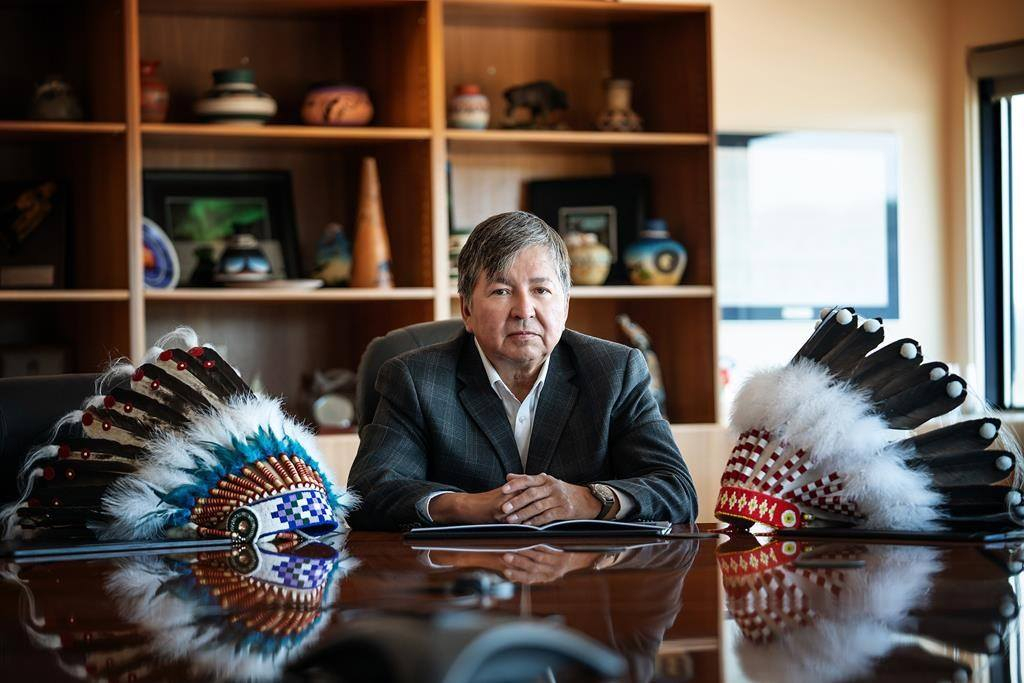 EDMONTON — The Alberta government says it has completed a plan to manage oilsands development in an area near the Fort McKay First Nation that supports traditional land uses and maintains its ecological integrity.

The announcement follows an Alberta Court of Appeal ruling last April, which overturned regulatory approvals for a $440-million oilsands project that would have encroached on land the First Nation considers sacred.

The court ruled that the Alberta Energy Regulator violated the honour of the Crown when it approved the proposal even though the development infringed on an agreement between the province and the First Nation.

Fort McKay, north of Fort McMurray, is surrounded on three sides by oilsands development and 70 per cent of the band's traditional territory is taken up by mines.

Grandjamb says the plan calls for oilsands processing facilities to be outside the Moose Lake area and recognizes the negative effects such facilities would have on the First Nation's ability to practise traditional land uses essential to the preservation of Cree and Dene cultures.

"We are very ecstatic that the plan is what we wanted," Grandjamb said in a phone interview Tuesday. "We are going to have a joyous celebration. People have been breaking down in tears."

It also includes enhanced environmental monitoring for air, land, water and biodiversity within the planning area and no new industrial mining activity within the zone.

"We are very ecstatic that the plan is what we wanted," Chief Mel Grandjamb said Tuesday. "We are going to have a joyous celebration. People have been breaking down in tears."

"This plan has been years in the making and we are pleased to be the government to bring it over the finish line," Nixon said in a release.

In 2001, the band began talks with the province to preserve Moose Lake and a 10-kilometre buffer zone around it. Former Alberta premier Jim Prentice signed a letter of intent with the band in 2015 and three years later Fort McKay thought it had a deal, although it was never ratified.

That year, the Alberta Energy Regulator approved Prosper Petroleum's 10,000-barrel-a-day, steam-assisted bitumen extraction project that would have come within two kilometres of the lakeshore.

Last year, the Appeal Court instructed the regulator to reconsider the project.

Gardiner was not immediately available for comment on the government's Tuesday announcement.

In July, the Alberta Energy Regulator said it would reopen the public hearing of Prosper Petroleum's proposal.

A spokeswoman for the regulator said a date for the hearing has not been set.

This report by The Canadian Press was first published Feb. 9, 2021