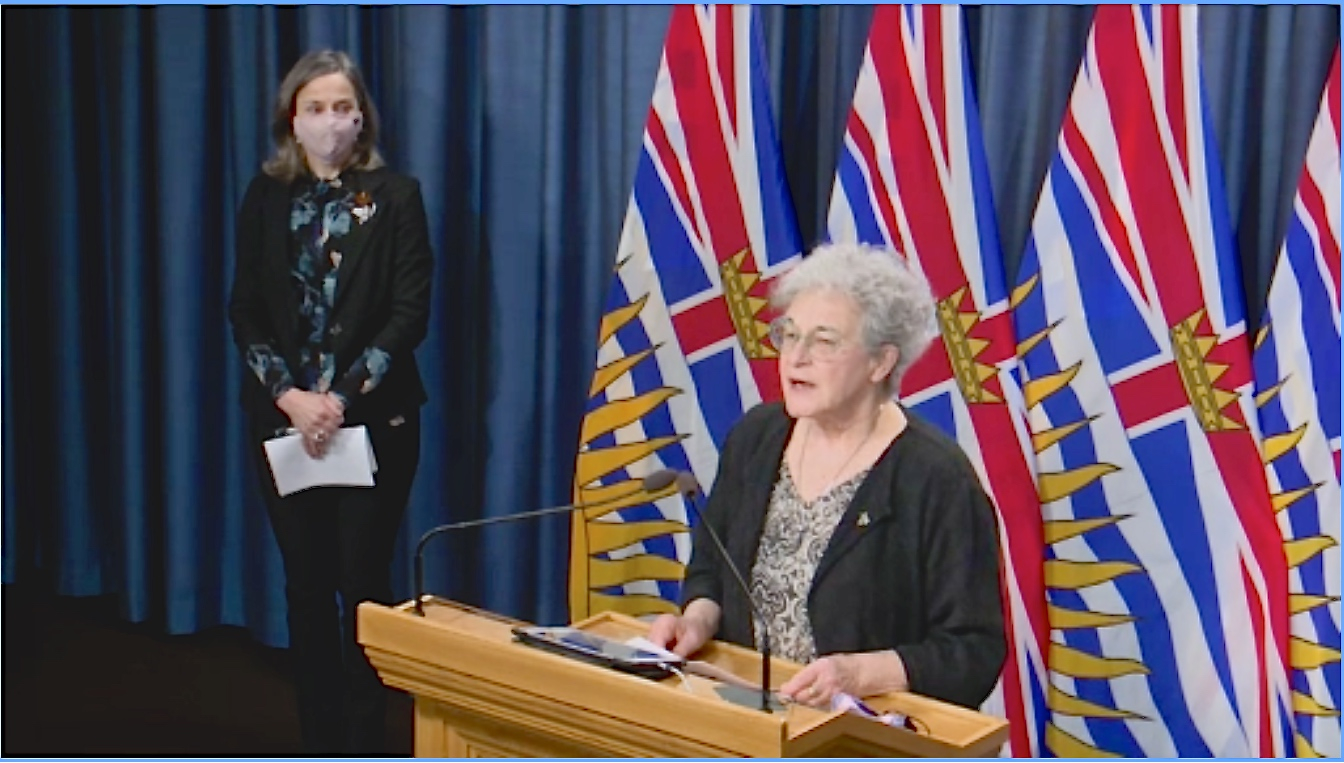 That was the dominant question asked Thursday as B.C.’s chief coroner Lisa Lapointe announced 1,716 people died from toxic street drugs in 2020, marking the worst year on record for the province.

Nearly 7,000 people have died since the province declared the drug overdose crisis a public emergency five years ago this April, she added.

“While many may think that deaths due to illicit drugs are confined to small areas or populations in our province, in fact, people are dying in communities across B.C., from all walks of life, and leaving behind broken-hearted family, friends and colleagues,” she said.

“We must turn this terrible trajectory around.”

Leslie McBain of Moms Stop the Harm, an advocacy group of thousands of mothers who have lost children to toxic drugs, said the province needs to go beyond taking incremental steps to deal with the health crisis.

“I would also ask that the premier and the ministers respond today to these devastating numbers,” she said.

“Not a week from now or two months from now.”

“It's like throwing Skittles at a charging rhinoceros,” said drug-use activist and broadcaster Garth Mullins describing B.C.'s measures to deal with the surge of fatal overdoses from toxic street drugs during the pandemic.

The call for a wholesale response to end overdose deaths during the news conference was echoed by Lapointe and Abbotsford Police Chief Mike Serr, also the chair of the Canadian Association of Chiefs of Police (CACP) drug advisory committee.

The province and the federal government need to establish a comprehensive continuum of care that also includes the decriminalization of drugs, and the safe supply of a full range of prescribed alternatives to street drugs, McBain said.

Lapointe and McBain acknowledged there have been positive steps forward, such as advocacy by the CACP to decriminalize drugs, measures to allow physicians and nurses to provide some prescribed alternatives to toxic street drugs, and new treatment beds.

But progress is slow and the measures to date are drops in a bucket, McBain said, noting five people a day were dying across the province during the dual public health emergency.

Fatal overdoses in all corners of the province

The majority of the overdose deaths last year were in B.C.’s Lower Mainland, with the Fraser and Vancouver Coastal Health authorities recording 568 and 472 fatalities respectively, according to the coroner’s report.

The vast majority of fatal overdoses across B.C. took place indoors, with fentanyl playing a role in 80 per cent of the deaths, said the BC Coroners Service.

Close to 70 per cent of the people killed by toxic street drugs were aged 30 to 59, and males accounted for 81 per cent of deaths.

"I am committed to continuing our unrelenting response to the overdose crisis, to finding even more ways to support and separate people from the poisoned drug supply,” said Malcolmson.

The minister pointed to the premier’s call to the federal government to move forward on decriminalization for the personal possession of drugs, and establishing the ability of primary health-care providers to prescribe alternatives to illicit drugs.

“This is ground-breaking in Canada, nobody's done this before,” said Malcolmson, adding she’s aware more needs to happen.

Drug-use activist and broadcaster Garth Mullins agreed that the province lacks a co-ordinated response to the crisis.

“We've certainly been saying ... for years there's no plan,” Mullins said, adding isolated, ad hoc steps by all levels of government are insufficient to deal with the enormity of the crisis.

“It's like throwing Skittles at a charging rhinoceros,” he said.

“There's no one in charge. There’s the diffusion of responsibility (between ministries) and there's just tinkering at the edges.”

Horgan has the means to decriminalize personal drug possession in B.C. without passing the buck to the federal government, Mullins added, saying Henry provided the province with a blueprint to sidestep inaction by Ottawa.

Additionally, people using drugs need access to the prescribed drugs they want and need, rather than the limited options available to them now, he said.

“I want them to prescribe as much as they can, of everything they can,” he said, noting plenty of research has already demonstrated the benefits of prescribing heroin.

Both McBain and Lapointe confessed frustration at repeating the same calls for change each month as overdose deaths surged during the pandemic.

“You do just feel like throwing your hands in the air and saying, 'What's the use?'” said Lapointe.

“But, of course, we can’t do that. These people deserve a voice, and as coroners, we always say we speak for the dead.

“And that's one of the things that we can do is provide the conduit to the lives of these people,” she said.

“They all had families, they were loved, they had dreams, they had hopes.”

Previous Provincial Public Health head Dr Perry Kendall has been pushing to purchase and refine drugs at UBC directly from farmers in other parts of the world in order to provide a safe supply to the hard core addicts until such time that they choose rehab. This would be similar to programs in Portugal, Switzerland and a few other countries and is the only solution to stem the massive daily waves of petty crime required by addicts to get their daily fix. Downtown Victoria and the inner suburbs have become mini war zones where B&Es, car and yard thefts have exploded and the public is losing patience with the official response. More housing is not the answer without separating out the hard core addicts from those made homeless due to mental health issues or the working poor who cannot find housing. The temporary housing in the Gorge area is a failure since the criminal addicts are ruining the housing for the other groups and are terrorizing many of the elderly neighbors. BC should just let Dr Kendall go ahead with his plans and then deal with any fallout from the Feds through the courts--as was done with Harper when he tried to shut down the safe injection sites.