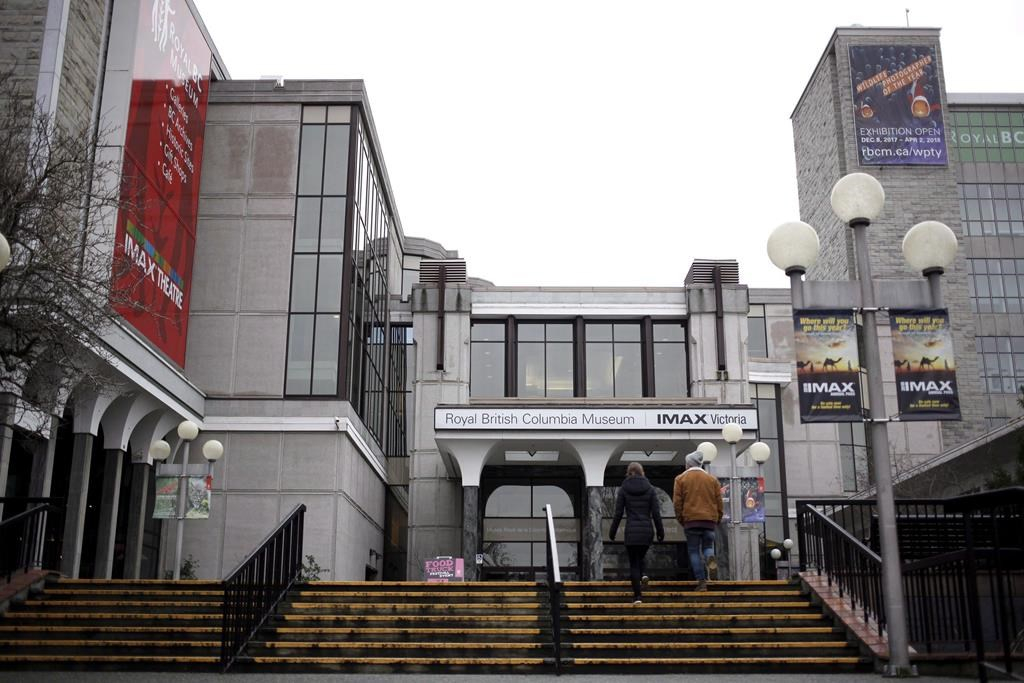 People walk up stairs to the entrance of the Royal BC Museum in Victoria, on Thursday, Dec. 21, 2017. File photo by The Canadian Press/Chad Hipolito
Previous story
Next story

The Royal British Columbia Museum has been thrust into a public modernization of its internal and external culture after reports alleging racism and toxic working conditions at the institution, says the Crown corporation's board chairman.

Daniel Muzyka said the reports have prompted several investigations including a formal B.C. government review by the Public Service Agency, which is still underway, and a diversity inclusion report commissioned by the museum board.

The museum board announced the resignation of CEO Jack Lohman this week, saying the departure was "mutually agreed" to be in the best interests of the institution as it "addresses current internal issues." No other details were provided.

The museum has said Lohman, who has been CEO since 2012, is not available for comment this week.

Muzyka, who was appointed acting CEO, said there was no one event that led to Lohman's departure.

"We agreed that now's a good time to close one chapter of the museum and start a new one by mutual agreement,'" said the former dean at the University of British Columbia's Sauder school of business.

Muzyka did not directly discuss the findings of the inclusion report commissioned by the museum board, but he said culture changes inside and outside the museum are needed.

In particular, the museum must improve its approach to Indigenous issues, which includes its collections and the repatriation of artifacts to Indigenous groups, Muzyka said.

"It's ensuring that Indigenous knowledge is incorporated in what we do," he said. "It's also a question of making sure Indigenous history is told through the perspective of the people whose history we're recording."

Muzyka said addressing the issues at the museum must be viewed as a learning experience and taken as a period of necessary adjustment.

"We're physically modernizing our facilities, but organizationally this is modernizing us as well," he said.

Premier John Horgan said earlier this week he was alarmed by the allegations of racism at the museum.

"I think the premier's comments were ones that the board did share," Muzyka said. "We are also concerned that we identify and address all of the relevant issues."

This report by The Canadian Press was first published Feb. 12, 2021