Not everyone who lives off grid is a gun-toting survivalist 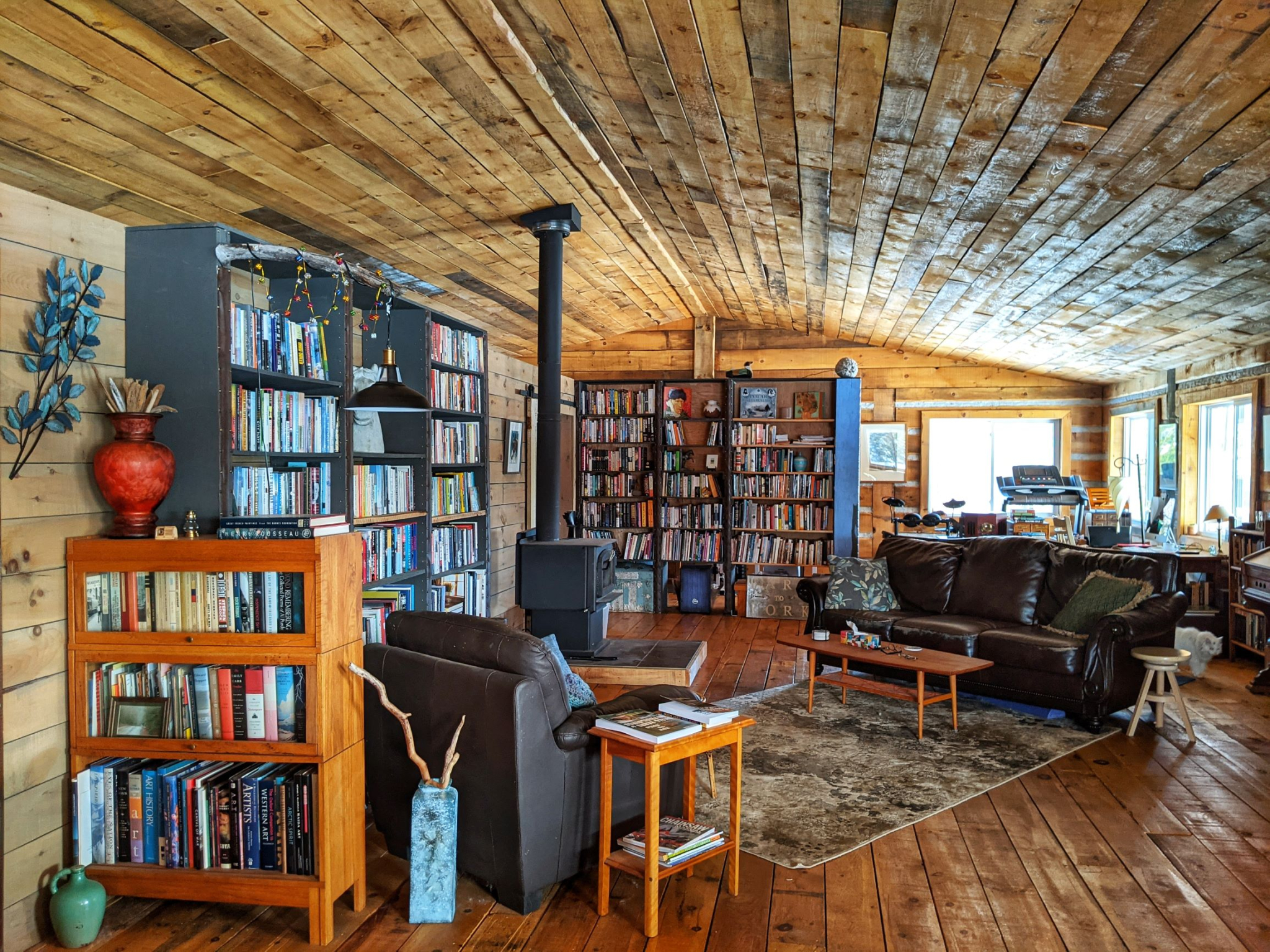 The 2016 film Captain Fantastic starring Viggo Mortensen (best known for his role as Aragorn in Lord of the Rings) opens with a scene of a camouflaged hunter in the forest taking down a deer with a crossbow. Encouraged by Mortensen, the young boy cuts out the deer’s heart and devours the still warm organ.

Except this doesn’t resemble anything like the life we live off grid. True, the guy we bought our house from — a self-styled outdoors television show host who legally changed his name to Rugged Dude — embraced hunting, and while we first toured the property often mentioned repeatedly all the creatures we could “shoot in the face.”

I can assure you, since we’ve moved off grid I have yet to shoot anything in the face — or anywhere else for that matter.

The point is, the phrase “off grid” seems to have become a catch-all for any and every kind of lifestyle. But it’s not, just in the same way “homeowner” doesn’t differentiate between people who live in single-family dwellings, condos, and so on.

The idea of being off the grid, and who chooses to leave the grid behind, has been loosely tossed about by academics, journalists, and others. The sloppy use of the term, in turn, has led to all manner of misconceptions about what it means to live off grid.

A recent online CBC story highlights this. The first problem was immediately apparent in the article’s headline: “Interest in going off grid, being a survivalist growing during the pandemic.” Just because you’re off grid, doesn't mean you’re a “survivalist.”

I view survivalists as a subcategory of off-gridders in the same way a person who dwells in a condo is a “homeowner.” The latter is different from people inhabiting a detached, single-family home.

Just because we’re off grid doesn’t mean we’re into “bush craft,” which is the interest of Chuck Wrathall, “a survivalist and photographer from Cape Breton,” whom the story noted “frequently heads to the woods where he forages for food and purifies his own water, sets up a basic shelter and cooks over an open flame — outdoor escapades he documents on social media.”

For our part, we live in a 1,600-square-foot house with indoor plumbing, a propane range (albeit, one specifically manufactured for off-grid homes), and all the modern amenities. But, yes, we are completely off grid. Our “shelter” is anything but basic, and I frequently forage for food at the local supermarket.

Living off the grid but not a gun-toting survivalist. @charlesmandel2. #offgrid #novascotia

I’m not in any way disparaging Wrathall’s way of life, but rather saying the term has come to embrace everything and anything, including its usage to suggest dropping out of sight as in, “I’m going to be off grid for the next couple of weeks.”

The CBC story goes on to refer to “preppers,” yet another category of off-gridders, perhaps the one that may have captured the public’s imagination the most because of the lifestyle’s extremes.

This group has been featured in a National Geographic television series, Doomsday Preppers, which “explores the lives of otherwise ordinary Americans who are preparing for the end of the world as we know it.” The episode guide to the series includes titles such as “Bullets, Lots of Bullets”; Nine Meals Away from Anarchy”; and “Close the Door, Load the Shotgun.”

What I’m saying is: Language matters.

Clearly, what’s needed is a taxonomy of off-gridders, a way of classifying and defining the varied lifestyles of those of us who choose to leave the grid behind. While no one wants to be pigeon-holed — off-gridders perhaps the least of anyone given their strong inclinations toward autonomy — it might help bring some clarity to what off-grid living is about for those less familiar with it. And it might help those, such as bureaucrats, who make decisions about such things as permits, better understand off-grid living.

Charles Alexander Moffat, the administrator of Off the Grid-Eastern Canada seems to intuit this. He recently set up a poll on his Facebook group asking members: What type of off-gridder best describes you? Among the seven options were solar/wind/hydro tech wizard; moderate Liberal-minded off-grid enthusiast; and gun-loving, diesel-generator survivalist. Although undoubtedly partly tongue-in-cheek, Moffat’s poll also accurately categorizes a number of the lifestyle alternatives among off-gridders.

Until we can arrive at a proper definition of off-grid, and not let others hijack and corrupt the term, off-gridders will be at the mercy of the authorities who, not understanding the concept, confuse doomsday preppers and back-to-the-landers with those of us who simply seek a more sustainable lifestyle, and who hope we can perhaps in some small way help mitigate the impact of the climate crisis — to name just a couple of reasons to be off grid.

More people want to be off grid every day. I see this as an administrator with Off Grid Nova Scotia on Facebook. A year ago, the group was roughly 900 people. Today, it has some 4,100 members, many of them asking questions about the regulations in different counties, about the kinds of systems they should have, the cost of leaving the grid, and more.

Going off grid isn’t easy at the best of times, but we shouldn’t make it more difficult. Yet by allowing loose terminology around the definition, that’s exactly what we’re doing. We cannot explain to bankers, to insurers, to municipal and regional governments that the lifestyle we choose and wish to lead is legitimate if they believe we’re running around in the woods, ripping the hearts out of animals, and jamming them into our craws.

Nor can we convince them we’re legitimate and worthy of mortgages, insurance, and permits if they don’t realize our alternative lifestyle is every bit as reasonable as any other rural style of living. It’s time off-gridders own the phrase "off grid", and stop letting others co-opt it, and sling it around until it becomes meaningless.

Survivalists may not need mortgages. Extreme homesteaders hoping to emulate some long-gone style of life without plumbing and electricity may not need insurance. Doomsday preppers in their underground bunkers likely don’t care about permits. But for the more and more people trying to uncouple themselves from the grid, and still build their ideal homes, they need to be able to demonstrate a certain of level of responsibility so that they can get on with their dreams.

Charles Mandel is a climate change reporter in Nova Scotia. He writes a free newsletter on off-grid living that you can find here.