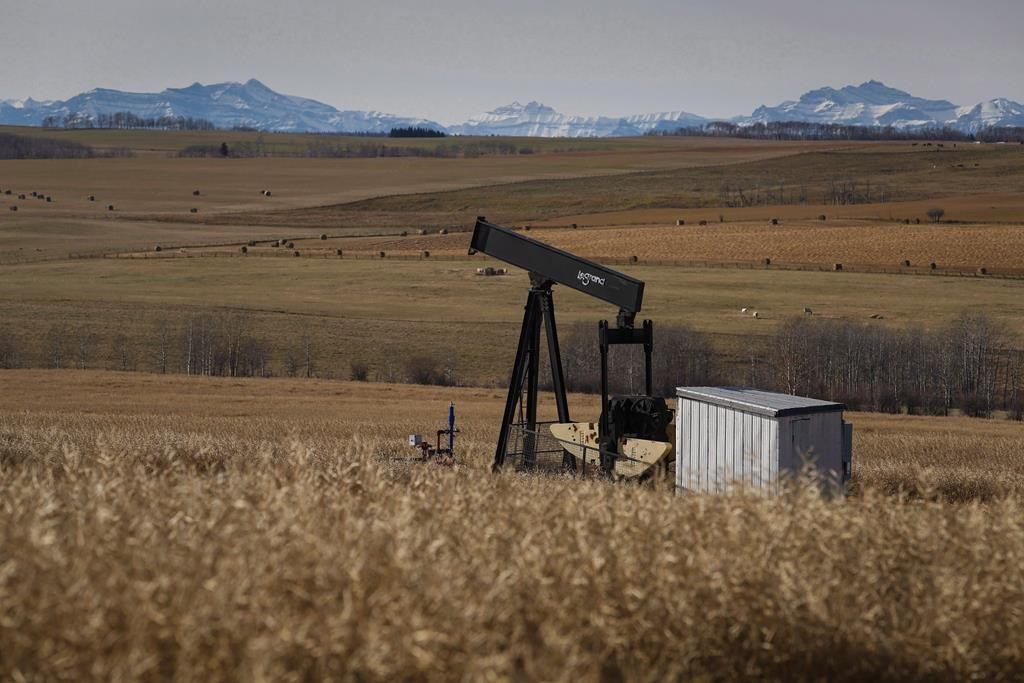 A decommissioned pumpjack is shown at a well head on an oil and gas installation near Cremona, Alta., on Saturday, Oct. 29, 2016. File photo by The Canadian Press/Jeff McIntosh
Previous story
Next story

A court has been told that a man leading an inquiry into alleged foreign-funded anti-Alberta energy campaigns should be allowed to continue his work because accusations of bias are unfounded and his investigation is in the public interest.

Allan, a Calgary forensic accountant, was tapped in July 2019 to lead an inquiry into what Premier Jason Kenney and his United Conservative government have long argued is a concerted effort bankrolled by deep-pocketed U.S. foundations to hamstring Alberta's oil and gas industry.

Environmental charity Ecojustice is asking Horner to shut down the inquiry, in part because it contends there is a reasonable apprehension of bias.

Ecojustice lawyer Barry Robinson argued Thursday that Allan's support for the election campaign of Alberta cabinet minister Doug Schweitzer shows he's not independent. Robinson pointed to, among other things, a reception the commissioner held in his home for Schweitzer in March 2019.

Schweitzer would four months later, as justice minister in the newly elected UCP government, decry a "foreign-funded misinformation campaign" during a news conference during which he announced the inquiry, court heard.

On Friday, David Wachowich, a lawyer for Allan, was critical of Robinson's "drive-by of Mr. Allan."

He said Ecojustice is "cherry-picking" from Allan's long and "laudable" engagement in various political and community causes.

He added that Allan's support for Schweitzer was not inherently partisan, but was due to his belief that the candidate was the best hope to advance a flood-mitigation project for Calgary.

He said Allan's decades of accounting experience make him well-suited to lead a review that's investigative and inquisitorial — not one with a predetermined outcome, as Ecojustice contends.

"If anything suggests on its face that the terms of reference and this assignment are investigative or inquisitorial in nature, it is Mr. Allan's name himself," said Wachowich.

He repeatedly likened Allan to a ship captain whose course was charted by government to survey a coastline deemed in the public interest.

"Mr. Allan urges that this court allow his ship to continue to sail," said Wachowich.

"He should be subject to the Queen's justice only when he returns to home port with an account of his travels to the people."

Robinson said in his rebuttal that everything in the metaphorical ship's wake is tainted.

"Those waves have already hit the shore and cannot be remedied," he said.

"They are deeply affected by the health of Alberta's oil and gas industry," said Maureen Killoran as she argued that the purpose of the inquiry is proper.

Robinson on Thursday called the inquiry a "political gunfight" meant to intimidate those who disagree with the UCP government's stand on energy development.

Killoran said the matters before the inquiry are clearly of public concern.

"The purpose of the inquiry, as stated by cabinet, is to understand the facts and advise government. Why is it so intimidating to the applicants?" she asked.

"If these allegations are incorrect, we need to know this, too."

Horner said she expects to make a decision before Allan's May 31 deadline to submit his report to the Alberta government. She is also reserving a decision on whether to grant Ecojustice's request to bar the report's release until she rules.

This report by The Canadian Press was first published Feb. 12, 2021