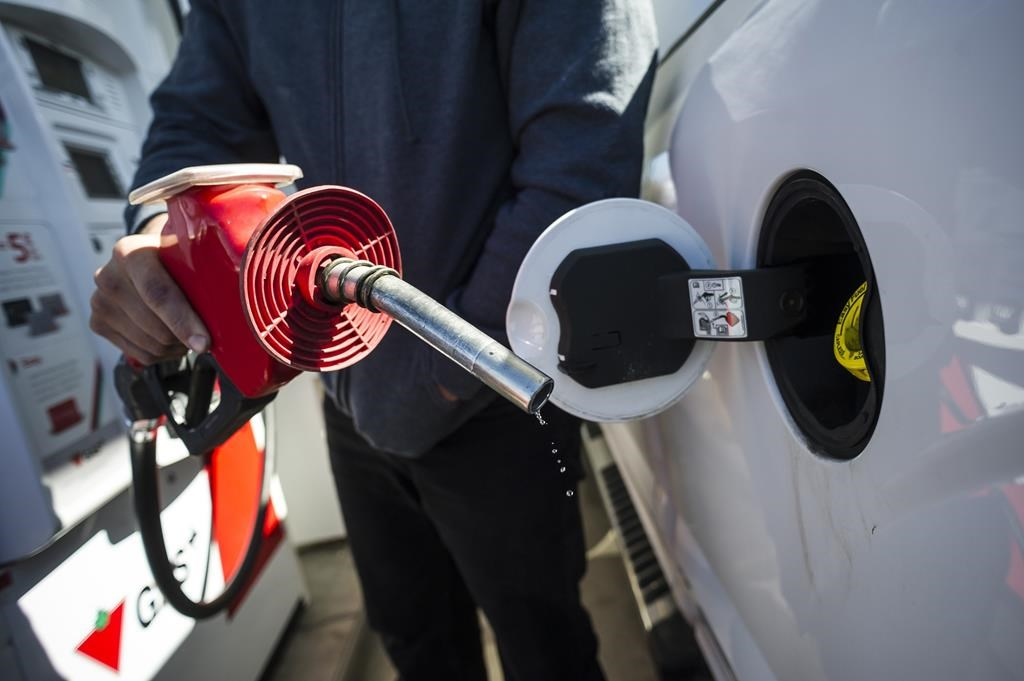 A man fills up his truck with gas in Toronto, on Monday, April 1, 2019. File photo by The Canadian Press/Christopher Katsarov
Previous story

The federal government owes Canadian families in three provinces more than $200 million after underestimating how much it would raise from the carbon tax during the first year of the program.

Finance Canada thought the new price on pollution would bring in about $2.3 billion in 2019. When the final tallies were counted however, the program raised $2.42 billion.

By law, all revenues from the carbon price are to be returned to the province in which they were raised, with 10 per cent going into funds to help smaller businesses, schools, hospitals and municipal governments cut their own emissions and 90 per cent going to families through income tax rebates.

The government didn't meet that threshold in Ontario, Manitoba or New Brunswick.

The Canada Revenue Agency did not provide data for New Brunswick, but said based on those who filed 2019 taxes thus far, more than 8.7 million people claimed the Climate Action Initiative in 2019.

Only one person per household can claim the rebate and the amount is based on the size of each family. Rebates differ by province because there are different rates of fuel consumption.

Ottawa says it adjusted the rebates planned for this year to make up the difference, except in New Brunswick, which is no longer part of the national carbon tax program and will get its 2019 payment in a cheque directly to the province.

Saskatchewan's 2021 rebates will be slightly smaller after Ottawa overestimated what it would collect in that province two years ago.

But none of that accounting was made clear when Ottawa unveiled the 2021 rebates, which for a family of four will range from a low of $600 in Ontario, to a high of $1,000 in Saskatchewan.

"If government is taking from taxpayers, they should be able to account for it in a way that makes sense and is clearly presented," said Conservative environment critic Dan Albas. "And that's not the case here."

When the carbon tax was implemented in April 2019, it was imposed in only four provinces, with the rest exempted because they had comparable carbon pricing systems of their own.

The federal government owes Canadian families in three provinces more than $200 million after underestimating how much it would raise from the #CarbonTax during the first year of the program. #CDNPoli

New Brunswick has since converted to using its own, while Alberta was added to the federal version after scrapping its own provincial program.

Ottawa's programs for smaller businesses, and municipalities and schools are also underfunded based on the estimates and funds are to be added to them to make up the difference.

The rebates are adjusted each year as the carbon tax goes up $10 per tonne until 2022, and then by $15 a year until 2030. The average passenger car produces a tonne of greenhouse gases about every four months.

Because the rebates are given out ahead of the payments being collected, Ottawa anticipated having to adjust its rebates each year.

The issue may be compounded in 2020 because nobody developing the model for how much fuel would be consumed anticipated a global pandemic would send much of the country into lockdowns for months.

Gasoline use is way down, electricity use shifted heavily from downtown office towers to private homes, and airplane use plummeted. All of that likely means Canadians got a lot more in the carbon price rebate for 2020-21 than they should have.

The government is working toward providing the rebates every three months instead of just once a year, in the hopes that will make forecasting the amounts more accurate. But the earliest that is going to happen is 2022.

Carbon tax will give more than it takes for most households: PBO