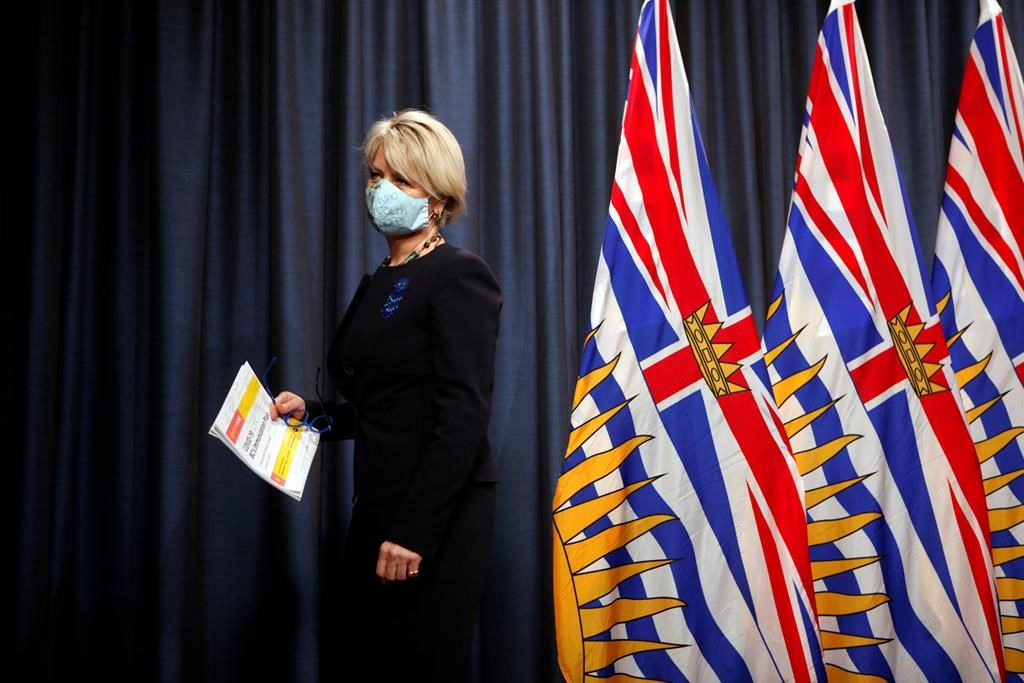 Dr. Bonnie Henry leaves the podium after a news conference at the legislature in Victoria on Friday, January 22, 2021. File photo by The Canadian Press/Chad Hipolito
Previous story
Next story

The chief justice of British Columbia's Supreme Court is set to deliver his decision today over whether to grant the province an injunction against three Fraser Valley churches flouting COVID-19 rules that prohibit in-person services.

Chief Justice Christopher Hinkson told a hearing last week the provincial government is putting the court in an "impossible position" by asking for an injunction before the petition is heard.

He said health orders already prohibit in-person religious services and it's in Henry's and the province's powers to escalate enforcement.

Their challenge is set to be heard in March.

During a hearing on Friday, Hinkson told a lawyer with the Ministry for the Attorney General there are "alternate remedies" to the requested injunction.

He said the court is "rather ill equipped" to second-guess health decisions by people who have the expertise to make them.

"I shouldn't be doing Dr. Henry's job. If she wants police to have the ability to arrest people, the order can be amended, can't it?'' he asked.

Henry told a news conference on Tuesday she doesn't know if she has the authority to add enforcement measures to her public health orders.

"We're not talking about arresting people. What we're talking about in terms of detention was preventing people from entering a premises, for example, and so that is something that is under the Emergency Management Act part of the (health) orders," she said.

Henry said the rules still apply while the court challenge is being heard.

"They apply for the reasons that we put them in place based on the signs and the evidence when I believe there is risk of transmission and where we have seen transmission in these settings."

This report by The Canadian Press was first published Feb. 17, 2021.