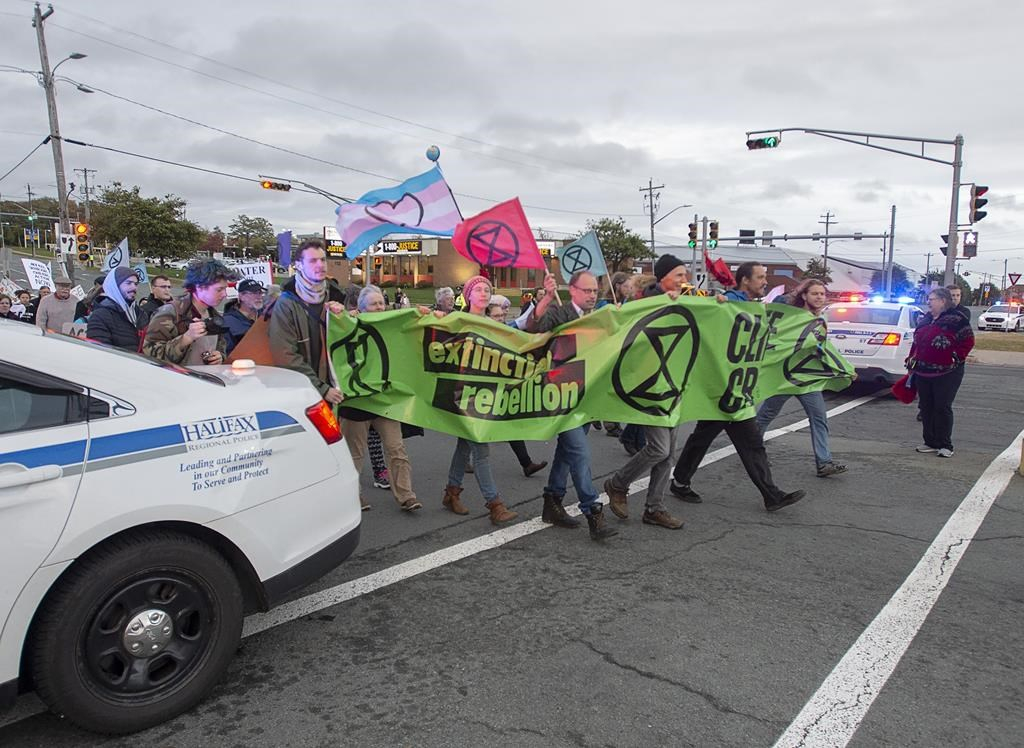 Three people arrested for blocking traffic on Halifax's MacDonald Bridge in October 2019, including the climate protest organizer, have been fined $237 each.

The Nova Scotia Crown Prosecution Service confirms the fines for refusing to leave private property when instructed to do so were issued during an appearance in Halifax provincial court on Feb. 9.

Patrick Yancey of Extinction Rebellion Nova Scotia was one of those fined and says the trio argued that their actions were justified to avert the emergency posed by the climate crisis.

They were among a group of 18 people arrested four hours after the protest began at the bridge linking Halifax and Dartmouth.

The Halifax protest was one of a series across Canada that saw traffic shut down on major bridges, part of an international movement to pressure governments into taking action against climate change.

In an interview Monday, Yancey said the court cases of the Halifax protesters have moved slowly because of the COVID-19 pandemic, and he believes there is still one case outstanding.

"After (Halifax), the province and the federal government acknowledged that the climate crisis is an emergency, we had hoped that the legal system would have shown a bit more leniency," Yancey said. "But we were doing civil disobedience, and we were fully prepared for the consequences as well."

In addition to Halifax, protests took place on bridges in Toronto, Edmonton, Vancouver, Calgary and Victoria.

Charges of mischief under $5,000 were withdrawn last March against a group of 20 climate protesters in Toronto.

Crown attorneys said it wouldn't be in the public interest to pursue criminal charges against the protesters, who blocked the Bloor Viaduct for several hours.

Three people arrested for blocking traffic on Halifax's MacDonald Bridge have been fined $237 each. #ClimateChange

By The Canadian Press | News, Politics | October 3rd 2019
Race to a Safer World