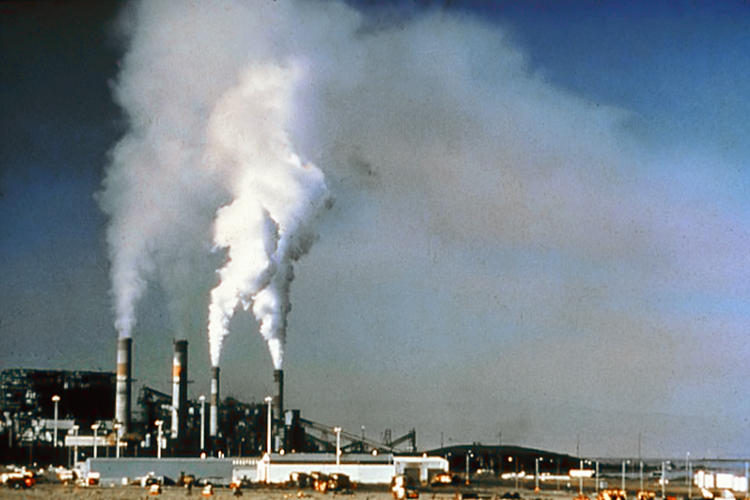 Exposure to air pollution significantly increases the risk of infertility, according to the first study to examine the danger to the general population.

The analysis of 18,000 couples in China found that those living with moderately higher levels of small-particle pollution had a 20 per cent greater risk of infertility, defined as not becoming pregnant within a year of trying.

The study design did not enable the scientists to determine how air pollution might damage fertility, but pollution particles are known to cause inflammation in the body, which could damage egg and sperm production, the scientists said. Another recent study of 600 women attending a U.S. infertility clinic found that increased exposure to air pollution was associated with a lower number of maturing eggs in the ovaries.

Infertility affects many millions of couples around the world but relatively little research has been done on the impact of air pollution. However, dirty air is already known to increase the risk of other aspects of reproduction, including premature birth and low birth weight. Common levels of nitrogen dioxide are as bad as smoking in raising the risk of miscarriage and pollution particles have been found on the fetal side of placentas.

Qin Li, at the Centre for Reproductive Medicine at Peking University Third hospital in China, who led the infertility research, said prospective parents should be concerned about air pollution. “Numerous studies have noted that air pollution is associated with lots of adverse pregnancy events,” he told the Guardian.

“Approximately 30 per cent of infertile couples have unexplained infertility,” Li and colleagues wrote, noting that age, weight and smoking were well-known factors. “(Our study) indicates that small-particle pollution could be an unignorable risk factor for infertility.”

Previous studies have produced mixed results but were based on groups of people that excluded infertile couples or were conducted in infertility clinics, Li said: “Our study samples were recruited from the general population, so our findings may be more generalizable.”

“The size of the effects they observe seem pretty high, which would be concerning if borne out in future studies as well, particularly in low pollution environments,” said Tom Clemens, at the University of Edinburgh, U.K. The pollution levels in China are relatively high, he said, but harmful effects have been reported on reproduction at much lower levels. “So clearly poor air quality impacts the reproductive system in general,” he said.

Prof. Mireille Toledano at Imperial College London, U.K., said new research on this important topic was very welcome as there were not many previous studies. She said lower levels of air pollution might affect infertility, but that more research was needed.

Exposure to air pollution significantly increases the risk of infertility, according to the first study to examine the danger to the general population. #airpollution #infertility

The research, published in the journal Environment International, was based on data from interviews and questionnaires from 18,571 couples who were part of the large China Fertility Survey of Married Women. In China, women are required to register with the authorities before attempting to become pregnant, enabling the researchers to request information from all women who were aiming to conceive.

The researchers found that women exposed to small particle pollution that was 10 micrograms per cubic metre higher over a year had a 20 per cent greater risk of infertility. The average pollution level for the Chinese couples was 57µg/m3. In London, U.K., the average is about 13µg/m3.

The results also showed that the proportion of women not becoming pregnant after 12 months of trying rose from 15 per cent to 26 per cent when comparing the quarter exposed to the lowest pollution with the quarter suffering the highest. The researchers took account of other factors including age, weight, income, smoking, alcohol drinking, and exercise levels

Previous studies of dirty air and fertility have used data on sperm quality, perhaps because this is easier to obtain, with a 2017 review concluding air pollution has a “negative impact”.

While individuals suffer the health damage from air pollution, it is governments that need to act, said Clemens: “The emphasis should lie with policy-makers, not with individuals.”

“While there are certainly steps that individuals can take to reduce exposure, such as air filtration systems in high pollution locations and avoiding exposure to high traffic, they are unlikely to result in substantially different long-term exposures,” he said. “They are also not realistic for many people because of socio-economic constraints, including work patterns and transport opportunities.”

The burning question: How green is your wood stove?

But nothing about chemical endocrine dysruptors including sex hormone mimickers found in water and food ...