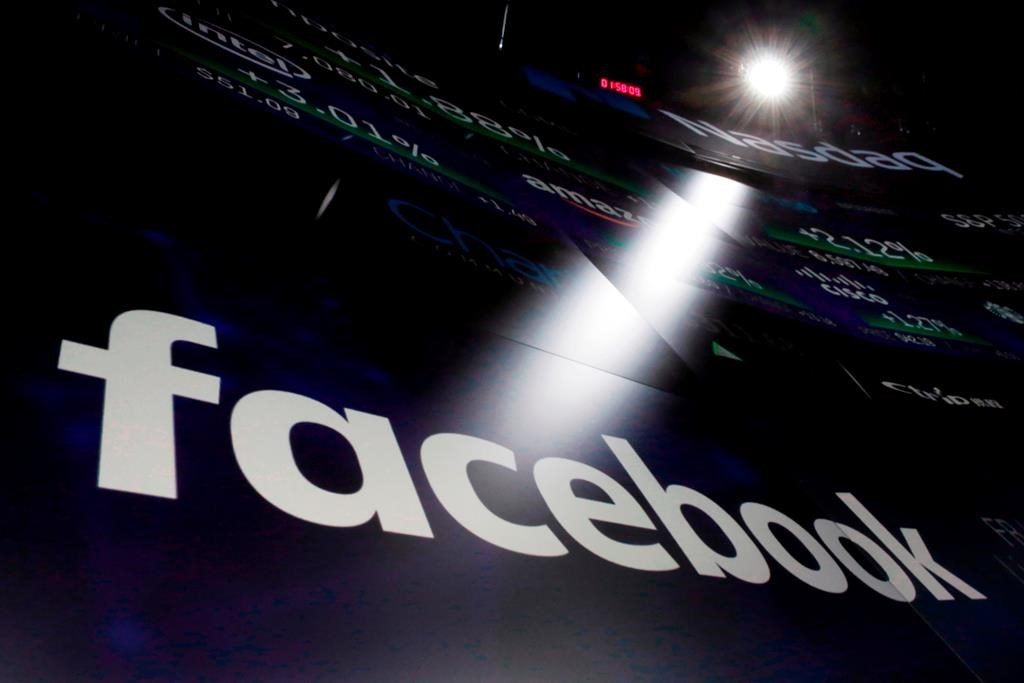 The logo for Facebook appears on screens at the Nasdaq MarketSite in New York's Times Square on March 29, 2018. File photo by The Associated Press/Richard Drew
Previous story
Next story

Justin Trudeau and his Australian counterpart Scott Morrison have agreed to continue "co-ordinating efforts" to ensure the revenues of web giants are shared more fairly with creators and media, a Tuesday statement from Ottawa said.

The two prime ministers spoke Monday on a range of topics including the need to address online harm and have social media companies pay for journalism, the statement said.

The growing co-operation between Canada and Australia on the regulation of online platforms comes as Facebook backed down on a ban it introduced last week that prevented Australians from viewing and sharing news on its platform.

The social media company announced Tuesday it would lift the ban, saying it had struck a deal with the Australian government on proposed legislation that would make digital giants pay for journalism.

Facebook caused alarm with its sudden decision last week to block news on its platform across Australia after the House of Representatives passed the draft law.

Facebook's co-operation is a major victory in Australia's efforts to make two major gateways to the internet, Google and Facebook, pay for the journalism that they use.

It's a faceoff that governments and tech companies the world over have watched closely.

Google also had threatened to remove its search functions from Australia because of the proposed law, but that threat has faded.

Facebook said it would now negotiate deals with Australian publishers.

Google, meanwhile, has been signing up Australia's largest media companies in content-licensing deals through its News Showcase.

The platform said it has deals with more than 50 Australian titles and more than 500 publishers globally using the model, which was launched in October.

- With files from The Associated Press.

Facebook funds a fellowship that supports journalism positions at The Canadian Press.

What about a level playing

What about a level playing field for small content producers? And what about our privacy?
And what about their income being taxed?
I'm not sure I got this wrong. Au government spoke up for Big Media to share in what until now have been FB profits, essentially. Threats were made, bluffs were called, and Big Media and Big IT went off to make a deal.
Everybody wins but the people. And the government continues without tax revenue from Big IT.