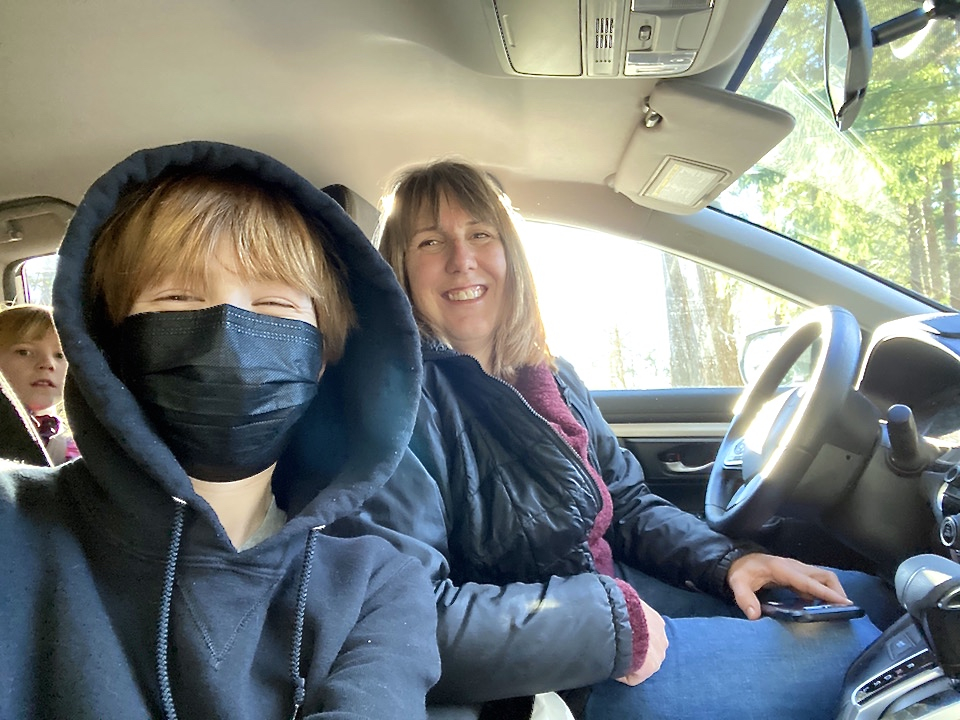 Many B.C. teachers and parents are incredulous the province isn’t mandating masks in classrooms, especially as new COVID-19 variants begin to crop up in school settings.

Over the weekend, health authorities revealed a number of positive cases of the faster-spreading U.K. COVID-19 variant at seven different schools in Surrey and Delta.

On Monday, Island Health reported the number of positive cases in north island communities had more than doubled over three days as a result of social contact.

And exposure alerts were announced at the two high schools in Campbell River, Timberline and Carihi High, and at schools in the Comox Valley over the past week.

The province reported 559 new COVID-19 cases on Tuesday, with 39 occurring in Island Health.

Dave Harper, president of the Campbell River District Teachers Association, said he can’t understand why provincial authorities won’t err on the side of caution and make masks mandatory in schools at all times to increase safety.

It's a relatively easy fix in comparison to addressing ventilation concerns, school capacity for social distancing and securing smaller class sizes, he added.

“It all ties back into the fact that the rules that apply in general society simply don’t apply in schools,” said Harper. “It’s just maddening.”

For the most part, everybody, including young people, is now obliged and accustomed to wearing masks in public settings, like grocery stores or offices, he said.

“And yet, somehow, that's not being made mandatory in schools. And that just drives teachers nuts.”

“At some point, we have to make the hard choices … if we don’t, I just feel like we’re throwing our kids under the bus,” says Quadra Island parent Tara Taylor on the need for masks in schools. #BCpoli #COVID #masks #schools

As a teacher, parent and grandparent, Harper questioned the notion young students aren’t capable of wearing masks while seated in the classroom but can when they move through the halls.

“I don't think that in grades 4 through 12, that a system of mandatory masks all day is unreasonable,” Harper said.

“My grandson wears his mask all day at school because we expect him to, and he does.

“All over the world, kids are wearing masks all day long, even in kindergarten, and they aren’t having a problem with it,” Harper added.

Emerging variants of the virus that are potentially more transmissible and virulent only compound teachers’ concerns about the lack of masks, he said.

Plus, it’s a question of safety for families, Harper said, noting health authorities suggest young people who get the virus are less likely to suffer serious or visible symptoms.

But there are lots of students who have multi-generational families, he said.

“What if a kid has been exposed (to the virus) and they’re asymptomatic?” Harper asked.

“... The next thing you know, grandpa or grandma comes down with it, and they are at a much higher risk.

“Just because they refuse to put a mask mandate in schools? To me, that’s deplorable.”

The BC Teachers’ Federation reiterated its call for a mandatory mask policy in all schools.

The federation also wants increased testing in schools and for school districts to be able to make regional or site-based adjustments to the safety protocols.

However, provincial health authorities and the education and health ministers aren’t committing to a change in approach at schools.

“We are in a period of what I'm calling vaccine hope and pandemic reality,” provincial health officer Dr. Bonnie Henry said Tuesday afternoon.

There is contrasting news with the demonstrated effectiveness of vaccinations in the province and the uptick in positive cases in B.C. and COVID-19 variants in Fraser Health schools, Henry said.

“Our focus has to be to hold steady and support each other to get through this part of our marathon,” she said.

However, neither Henry nor Health Minister Adrian Dix committed to any changes in the mask policy or districts’ ability to individually cater their pandemic response at their Tuesday briefing.

When cases of variants arise in schools, extra testing takes place, as it is in the Fraser Health region at the moment, said Henry, adding more information would be available in coming days.

“We are paying extra attention so that we better understand where, and if, these (variants) are spreading, particularly in environments that are so important like our school system,” she said.

“So far, it does not look like there is significant transmission from these variants, which is really good,” Henry said.

“It shows us that the safety plans in schools are working.”

Parents are also expressing concern around the lack of mandatory masks in schools.

Quadra Island parent Tara Taylor has a 15-year-old son who attends Grade 10 at one of the Campbell River high schools experiencing an exposure alert.

The current situation in schools is stressful for students, parents and teachers, she said, especially since districts don’t tell you how many cases are involved.

“We don’t know what level of concern we should be having,” Taylor said.

Her son, Nate, has been wearing a mask all day at school since the start of the school year. And if he can do it, most other students can, too, she said.

Taylor said she wrote letters to her school district as well as the ministries of health and education to express her concern about the lack of a mask mandate in schools.

But she was told the district is unable to impose a change in mask policy because it didn’t comply with provincial health orders, Taylor said.

“I really feel like there have been a lot of opportunities for the government to take a stronger stance with (masks) in schools, particularly with the older kids,” said Taylor.

“With the variants being more contagious, and potentially more intense, it's really becoming more and more stressful on everybody,” she added.

“At some point, we have to make the hard choices … if we don’t, I just feel like we’re throwing our kids under the bus.”