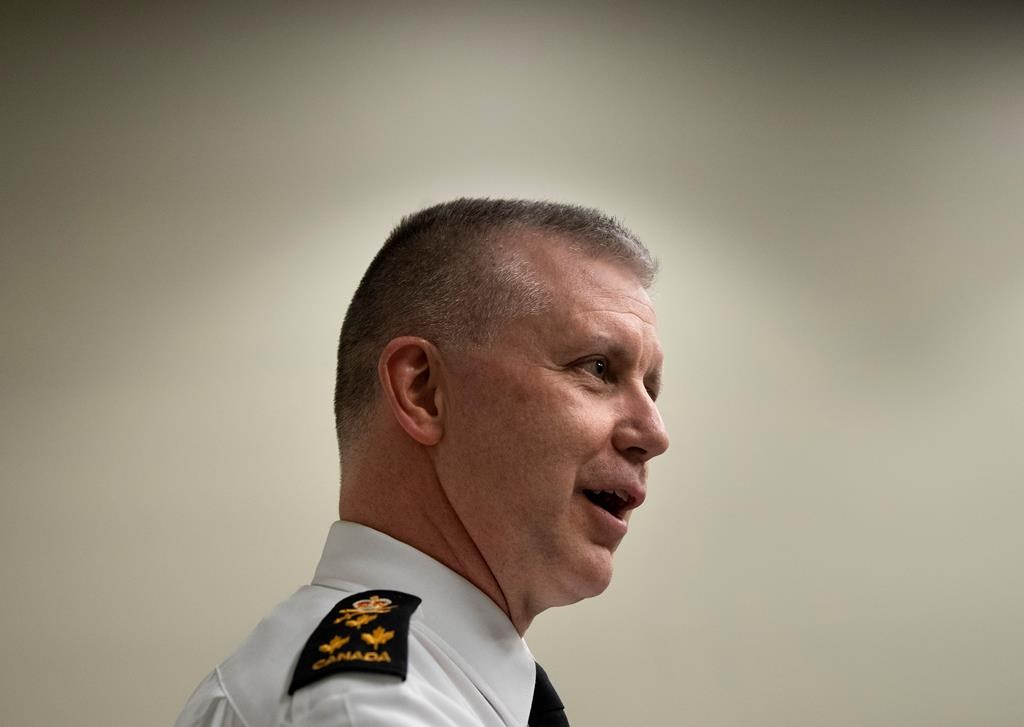 OTTAWA — The Canadian Armed Forces is reeling after news defence chief Admiral Art McDonald is being investigated for misconduct, only weeks after military police launched an investigation into allegations against his predecessor.

McDonald took over as the chief of the defence staff last month from Gen. Jonathan Vance, who is being investigated after allegations of inappropriate behaviour.

Vance has denied any wrongdoing and McDonald has not commented.

Conservative defence critic James Bezan called Thursday for the government to reveal the nature of the allegations against McDonald, who used his first address as defence chief on Jan. 14 to apologize to victims of military sexual misconduct and hate.

“In the interest of morale, and for our women and men in uniform to have confidence in the senior leadership of the Canadian Armed Forces, Minister Sajjan must confirm why chief of defence staff Admiral Art McDonald is under investigation,” Bezan said in a statement.

Bloc Quebecois Leader Yves-Francois Blanchet said the message from the government must be that the military "can be no less than exemplary.”

“I believe that the people that go into the army, that decide that this is their choice for a career, are good people, and must not be judged as a whole. I believe that there are a few people in the institutions that are not up to the task of being exemplary.”

In a memo to members of the Forces on Wednesday, McDonald made no mention of allegations against him, but said the "time for patience is over" and the military must "accelerate our culture change."

The #CAF is in shock after new defence chief Admiral Art McDonald steps because he is being investigated for misconduct. #DND #sexualmisconduct #canada #military #cdnpoli

"Our institution can no longer put the burden of change and transformation on those affected by harassment, discrimination, or any form of misconduct. That burden must rest on us. All of us," he wrote.

"I as the Chief, along with all the leaders in CAF, need to work every day to earn your trust. And we are all committed to doing so."

"If you are considering speaking to anyone with information on (the Vance) case, or any other case of alleged misconduct, you have my support to come forward, to speak up, and to tell the truth. And you can expect to be heard, supported, and protected as you do."

The investigation of McDonald has renewed calls for external oversight of the military, which self-polices allegations of sexual misconduct in the ranks.

Lawyer and retired colonel Michel Drapeau said the government needs to appoint a permanent and independent inspector general similar to that of other militaries.

That person would have the investigative powers to look into allegations of wrongdoing within the Canadian Armed Forces.

Barring that, Drapeau said, Sajjan should immediately convene a board of inquiry – perhaps headed by a military judge – to investigate the allegations against McDonald, with police only involved if the allegations are of a criminal nature.

Should police become involved, Drapeau added, it should be the RCMP, not the Canadian Forces National Investigation Service, the investigative arm of the military police.

“I do not have confidence in terms of training, experience and independence,” Drapeau said of the service, known as the NIS.

“Additionally, (the military police) and NIS report to the vice-chief of the defence staff, which makes any claim of ‘independence’ illusory.”

In addition to criminal offences, Canadian military personnel can also be charged with what are known as service offences, which usually relate to inappropriate conduct such as drunkenness and having a relationship with a subordinate.

Former naval reservist Marie-Claude Gagnon, who founded a group for survivors of military sexual misconduct called It's Just 700, has been raising concerns for years about gaps in the system.

She said the time for external oversight of the Armed Forces is now.

"External oversight, it's essential," Gagnon said. "Self-policing itself has never worked. … It's not a recipe for success. I'm hoping that there's no doubt that there needs to be oversight."

— With a file from Christopher Reynolds