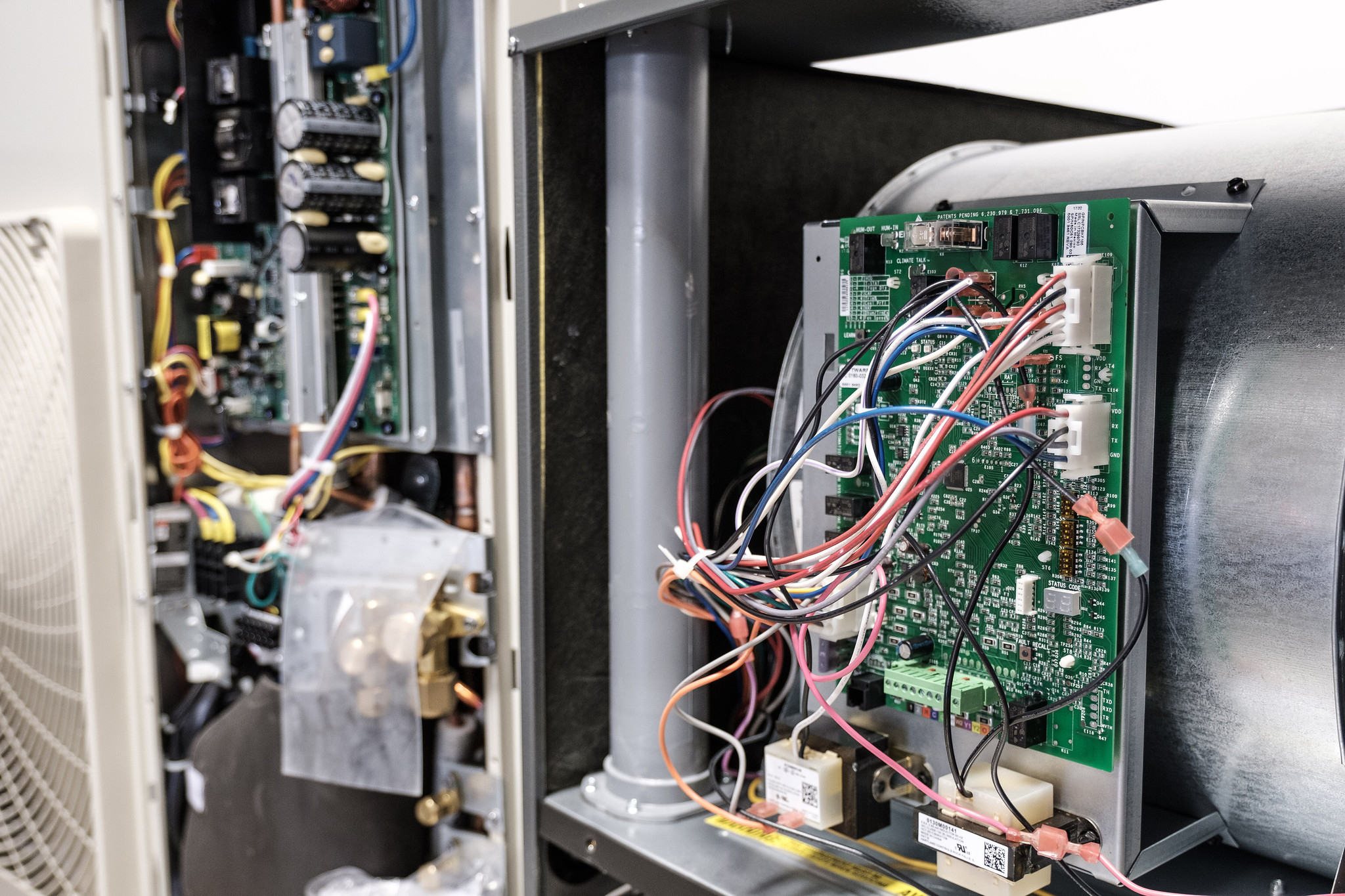 An image from RedBlue Heating and Refrigeration in Langford, B.C., during a visit by Premier John Horgan in 2019 to promote provincial incentives for replacing natural gas with electric heat pumps. BC Government Photo / Flickr
Previous story
Next story

As B.C. cities start to take a closer look at the energy consumption and carbon footprint of their buildings, the heated swimming pool is attracting some unusual attention.

Building Benchmark BC, a pilot project that pulls energy and emissions data on the buildings sector from a dozen cities across the province, found that heated pools had the highest energy use intensity in its category.

Indoor swimming pools and convention centres are two types of buildings that have large, cavernous spaces to heat or cool, so they would be expected to have a high energy use intensity, a measure of energy consumption per square metre of floor space.

But in B.C., there is a key difference between these two energy guzzlers, according to the annual report released Feb. 24.

“Convention centres can be — and often are — heated with electricity, which in British Columbia is 94-plus per cent non-emitting. Meanwhile, pools are heated with natural gas, a leading source of climate pollution,” the report said.

“While both use a lot of energy, only one also produces a lot of carbon.”

Donovan Woollard, managing director of the OPEN Green Building Society, the host of the project, said it was not a large enough dataset to start drawing any conclusions about policy. Woollard is hoping to more than double the program for its second year.

But already, he said, there were some clear trends emerging.

Buildings represent 13 per cent of Canada’s emissions by economic sector, and natural gas is a fossil fuel that emits heat-trapping carbon pollution into the atmosphere when burned. In a carbon-constrained world, electric heat pumps may start to play a bigger role in space heating in buildings.

Heat pumps are like two-way air conditioners: electrified devices that can be used to both heat and cool a room.

“If one were to try and move gas customers to a different energy system, the costs — and the logistical challenge — would be staggering,” argues Aysha Raad, communications director for the Canadian Gas Association.

Energy experts like Adam Rysanek, assistant professor of environmental systems and director of the Energy, Technology, and Architecture Lab at the University of British Columbia, say technology has improved in the last decade that has made electric heat pumps much more commercially viable.

“I would not be surprised if we see in the next 20 years the kind of transition away from natural gas in the building heating market that is already underway in parts of the U.S. and even also here in parts of Canada,” said Rysanek.

“I don't think it's impossible that we'll see a major phase out of natural gas use in the buildings sector within a generation.”

The natural gas delivery industry says its environmental performance should not be counted out just yet.

Aysha Raad, communications director for the Canadian Gas Association, said the industry is continually improving on that front, and has welcomed the introduction of renewable natural gas, which is produced from organic waste from places like landfills or farms instead of obtained through drilling.

Renewable natural gas, and natural gas blended with hydrogen, are key components of FortisBC’s objective of cutting its customers greenhouse gas emissions 30 per cent by 2030, for example.

Other utilities across the country are introducing renewable natural gas into their networks or launching hydrogen-blending pilot projects to cut down on their carbon.

The industry also champions its “reliability,” noting gas supply was available 99.99 per cent of the time in 2019. Utilities continue to add between 70,000 and 100,000 new customer locations per year, said Raad.

“If one were to try and move gas customers to a different energy system, the costs — and the logistical challenge — would be staggering,” Raad argued.

Rysanek said the current state of heat pump technology means that, in B.C., after accounting for the price of electricity and energy efficiency, operating costs are now on par with natural gas.

For building maintenance officials, heat pumps also offer a single piece of equipment to maintain instead of a configuration that uses both a furnace and an air conditioner.

“Until recently, heat pump technology was not sufficiently developed or ready for the coldest weather we get in Canadian cities,” Rysanek said. “This has now changed. Today, you can buy cold weather heat pumps for all sizes of buildings, but 10 years ago it was a different story.”

Rysanek is leading a building retrofits project that is part of UBC research in collaboration with the Pacific Institute for Climate Solutions, looking at how cities and urban planners can cut emissions to meet climate targets.

In a simulation involving Victoria’s Hillside Quadra neighbourhood, published in October, the researchers found that switching away from natural gas for heating and cooling to electricity would reduce emissions by roughly 80 per cent across three different scenarios.

Are there any comprehensive ,

Are there any comprehensive , non industry , audits that accurately track all the gas leakages from drilling to appliance etc end use . I have seen some estimates that drastically worsen the stated negative carbon impacts of using natural gas. I’m also curious of attempts to greenwash by adding hydrogen which , given the maker of the hydrogen, will possibly be produced using natural gas !

Fortis is [also] an

Fortis is [also] an electrical utility, so it could make green hydrogen from hydro surpluses, although it is still subsidizing natural gas conversions rather than heat pumps.