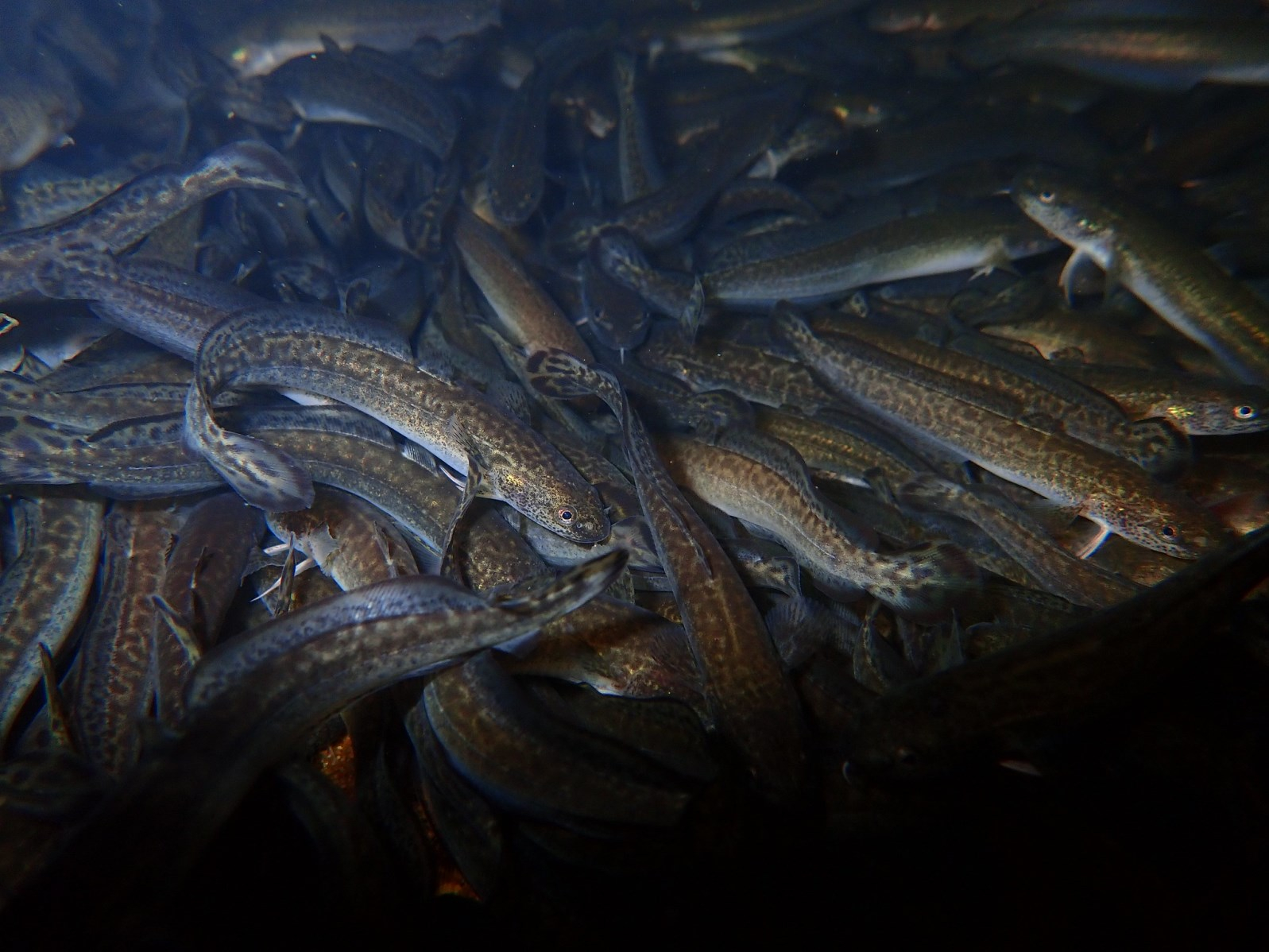 Burbot fingerlings ready for their trip to Lake Oahe, S.D. This freshwater fish is extinct in the U.K., but plans are afoot to reintroduce it. Photo by Rob Holm-USFWS Mountain-Prairie / Flickr
Previous story
Next story

Freshwater fish are under threat, with as many as a third of global populations in danger of extinction, according to an assessment.

Populations of migratory freshwater fish have plummeted by 76 per cent since 1970, and large fish — those weighing more than 30 kilograms — have been all but wiped out in most rivers. The global population of megafish is down by 94 per cent, and 16 freshwater fish species were declared extinct last year.

The report by 16 global conservation organizations, called The World’s Forgotten Fishes, said that global populations of freshwater fish were in freefall. The problems are diverse and include pollution, overfishing and destructive fishing practices, the introduction of invasive non-native species, climate change and the disruption of river ecologies. Most of the world’s rivers are now dammed in parts, have water extracted for irrigation or have their natural flows disrupted, making life difficult for freshwater fish.

The poor state of U.K. rivers means few support as many fish as would be possible if they were better protected, according to the WWF, one of the groups behind Tuesday’s report. Environment Agency data showed last year that no English rivers met the highest chemical standards, and only 15 per cent of U.K. rivers were rated as having good ecological status. Farm pollution and sewage outflows were among the leading causes of damage.

Dave Tickner, WWF’s chief adviser on freshwater, said: “Freshwater habitats are some of the most vibrant on earth, but they are in catastrophic decline. The U.K. is no exception — wildlife struggles to survive, let alone thrive, in our polluted waters.”

Salmon, which spend part of their life cycle in freshwater ecosystems, have been in sharp decline in the U.K. since the 1960s, and the European eel is critically endangered. Burbot and sturgeon are extinct in U.K. waters.

The Guardian revealed the extent of sewage outflows into rivers last year. Water companies discharged sewage into rivers 200,000 times in England in 2019.

WWF called on the U.K. government to back an emergency recovery plan for rivers and waterways as part of its wider biodiversity and nature recovery targets. Governments around the world are meeting this year to discuss biodiversity, and halting the destruction of the earth’s natural habitats.

“If we are to take this government’s environmental promises seriously, it must get its act together, clean up our rivers and restore our freshwater habitats to good health,” said Tickner. “That means proper enforcement of existing laws, strengthening protections in the environment bill to put U.K. nature on the path to recovery, and championing a strong set of global targets for recovery of nature, including rivers.”

The report found that biodiversity in freshwater ecosystems was being lost at twice the rate of oceans and forests. There are more than 18,000 species of freshwater fish known, and more are still being discovered. The International Union for Conservation of Nature (IUCN), which compiles the global red list of species in danger, has assessed more than 10,000 species and found that about 30 per cent were at risk of extinction.