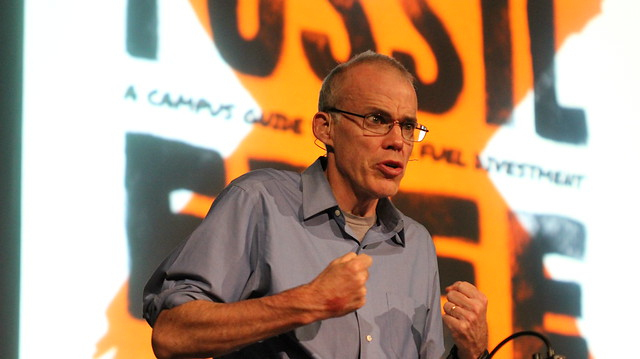 “The only goal of the oil companies is to extend their business model another decade or two — and if they succeed they will break the planet,” Bill McKibben recently wrote on Twitter. Photo submitted by Bill McKibben
Previous story
Next story

350.org co-founder Bill McKibben is a veteran of international climate activism and environmental advocacy. He was just 27 when, in 1989, he published The End of Nature, a critical book for general readership that outlined the stakes of the climate crisis. Even then, McKibben saw two paths forward: defiant resistance to the climate or a humble deference to it.

The decades that followed The End of Nature have demonstrated a disturbing tendency toward the former. Nearly 10 years ago, McKibben dubbed Canada’s tarsands projects “carbon bombs” that devastate the environment. The federal Liberals and Alberta conservatives have both doubled down on detonating those bombs, sinking fortunes into the development of new natural gas pipelines even as U.S. President Joe Biden has signalled a disinterest in building new fossil fuel infrastructure. (A prudent choice as Texas freezes over with lethal, extreme winter weather.)

How do we square these incongruent facts: the cold reality of climate crisis and our global snail’s-pace response? As McKibben told NPR in 2019, it’s simple: corporations were willing to pull a fast one on the world, and they had the means to do it. He explained that around the time his first book was published, oil companies “began to pour huge sums of money into this architecture of deceit and denial and disinformation.”

The stakes of this deception are hard to completely fathom, but McKibben suspected they would become clearer and clearer. “(T)hat lie turns out to be the most consequential lie in human history, I think,” he said.

Just a few days ago, McKibben reiterated this bluntly on Twitter: “The only goal of the oil companies is to extend their business model another decade or two — and if they succeed they will break the planet.”

These observations beg two questions: to what extent have Canadian governments worked in concert with these same companies to defibrillate a terminally ill business model, and — critically — at what cost to Canadians?

McKibben will talk this through with Canada’s National Observer founder and editor-in-chief Linda Solomon Wood in an exclusive Conversations event on March 4 at 7 p.m. ET/4 p.m. PT. Subscribe to support independent Canadian journalism here, and read more about the Conversations series here.

This Conversations event provides a rare opportunity to brainstorm with a veteran climate activist. Do you have a question you’d like to ask McKibben? Get in on the discussion by sending your questions ahead of the event to [email protected].

Join us on March 4 with McKibben as we think about how to get Canada back on the right path.