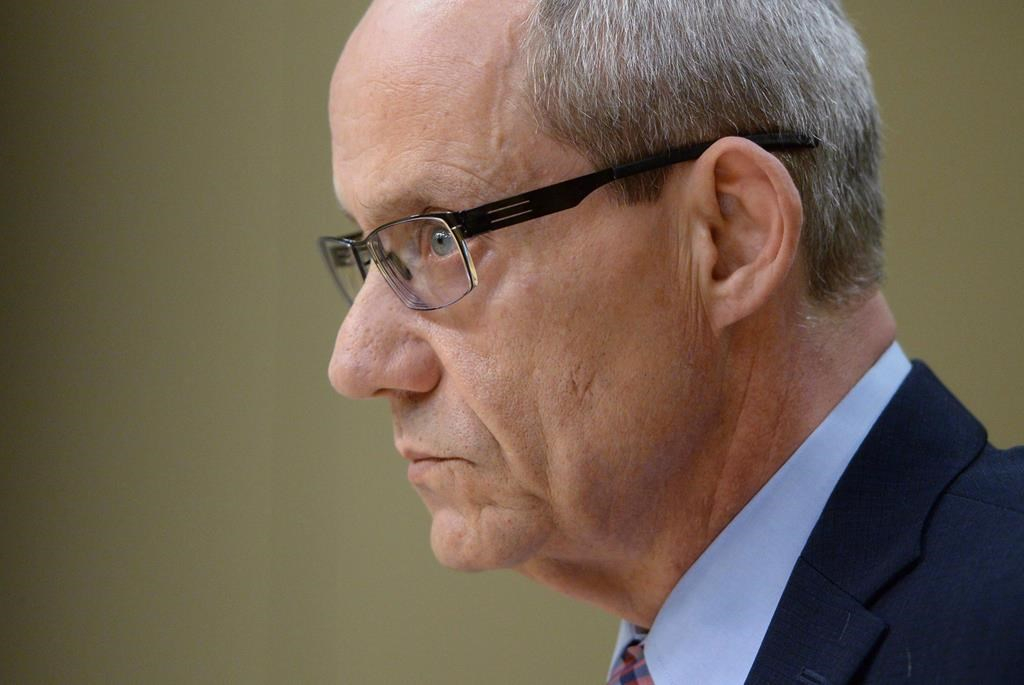 Walbourne’s remarks appear to contradict Sajjan’s own testimony to the same committee Feb. 19, when he said he was as surprised as anyone when Global News first reported Vance’s alleged misconduct in early February.

At that time, Sajjan repeatedly refused to confirm media reports that Walbourne raised allegations against Vance when the minister and ombudsman met in March 2018. Sajjan cited confidentiality and also said any allegations brought to him were taken seriously and referred to the appropriate authorities.

Walbourne, whose testimony is protected by parliamentary privilege, used his opening statement to the House of Commons' defence committee to publicly confirm the conversation for the first time.

“Yes, I did meet with Minister Sajjan on March 1, 2018,” he said. “Yes, I did directly tell him about an allegation of inappropriate sexual behaviour made against the chief of defence.”

Global News has reported that Vance allegedly had an ongoing relationship with a woman he significantly outranked. He is also accused of having made a sexual comment to a second, much younger, soldier in 2012, before he became commander of the Armed Forces.

Vance, who turned over command of the military in January after more than five years in the job, has not responded to requests for comment by The Canadian Press and the allegations against him have not been independently verified.

Global says Vance, who as defence chief oversaw the military’s efforts to root sexual misconduct from the ranks, has denied any wrongdoing.

Military police are now investigating the allegations against Vance. They have also launched an investigation of Vance’s successor as defence chief, Admiral Art McDonald, who temporarily stepped aside last week in response to unspecified allegations of misconduct.

Walbourne did not spell out the specifics of the allegation that he presented to Sajjan, and confirmed earlier reports that no formal complaint was filed. However, he said he came to possess “irrefutable, concrete evidence” about Vance, which is what led him to raise the matter with the minister.

Walbourne told the committee Sajjan refused to look at the evidence and later cut off all contact until the former ombudsman’s resignation on Oct. 31, 2018.

Gary Walbourne’s remarks appear to contradict Defence Minister Harjit Sajjan's own testimony to the same committee Feb. 19, when he said he was as surprised as anyone to learn of Vance’s alleged misconduct in early February. #cdnpoli

Walbourne also said he asked Sajjan to keep the matter in confidence until they could figure out how to handle the allegation, but that the minister instead told the Privy Council Office, which asked the ombudsman for information about the complainant.

Walbourne, who initially declined an invitation to appear before the committee before being formally summoned to testify, said he refused to provide that information because the complainant had not given permission to do so.

The former ombudsman, who has repeatedly decried a lack of independence for the office, went on to draw a link between his meeting with Sajjan three years ago and the Department of National Defence cutting off his financial and staffing authorities.

The ombudsman’s office was being investigated at that time following a whistleblower’s complaint. Walbourne was adamant the complaint had no merit, and instead alleged that it was used as an excuse to put pressure on him and his team.

Asked if there was any attempt by the government to cover up for Vance, Walbourne said: “I don’t know if it was an attempt at a coverup, but I know it was a full-court press to get rid of me.”