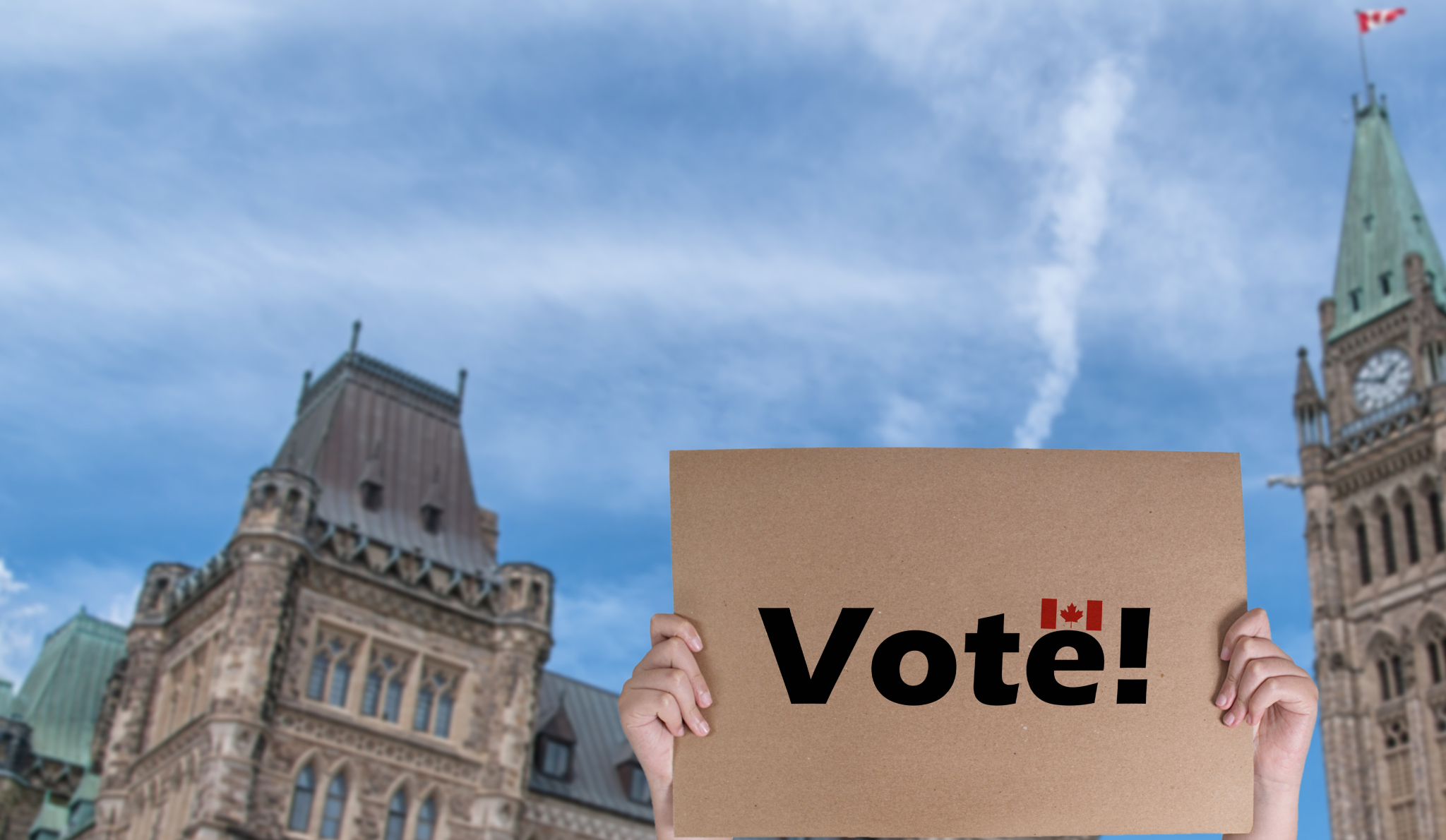 Politicians must recognize that reducing the voting age from 18 to 16 is an essential step towards more age-inclusive politics and a revitalized democracy in Canada, writes Brennan Strandberg-Salmon. Photo by Shutterstock
Previous story
Next story

Before COVID-19 struck, hundreds of thousands of young Canadians took to the streets to protest political inaction on the most pressing issue of their lifetime. High school students joined youth climate strikes in droves, but with a troubling catch: They didn’t have the right to vote.

They fought to be heard, through any means possible, by politicians they never voted for. Now more than ever, young people want to engage in the decisions shaping their future.

It’s time Canada corrected this injustice. Canada must pave the way to a just and democratic future by reducing the federal voting age from 18 to 16.

Sixteen years ago, Bill C-261 was defeated in the House of Commons. It was among the first attempts to reduce the federal voting age to 16.

It’s 16 years later. Canadian youth born then would be eligible to vote now. Instead, the millions of young people who have turned 16 since then, myself included, have been denied a say in the future of their country.

Imagine if those youth had voted these past 16 years. Where would we be now if every climate-striking teenager had the opportunity to elect politicians who represented their concerns?

Since the onset of the pandemic, they have faced high infection rates in crowded classrooms, part-time job layoffs and bleak job prospects upon graduation — yet they can’t elect a government that addresses their biggest issues.

Now is the time to give 16- and 17-year-olds the right to vote in Canada — for our sake and theirs.

Doing so will strengthen democracy and increase voter turnout, according to experts. It will allow governments to hear a wider range of viewpoints, particularly when Canada is reckoning with issues of racial injustice, climate change and economic inequality.

Research shows allowing high schoolers to vote boosts political participation and fosters a lifelong voting culture, both for themselves and their parents. Imagine the increase in voter turnout among youth if classrooms researched party platforms, registered to vote and went to the polls together, instead of at 18, when concerns like university and moving out discourage first-time voters.

"Canada must pave the way to a just and democratic future by reducing the federal #votingage from 18 to 16," writes @Brennan_SS. #cdnpoli

Many young people feel disconnected from politics, and rightfully so. How can youth be expected to be interested and knowledgeable about politics if society doesn’t trust them to participate?

Yet we trust 16- and 17-year-olds to drive cars, get jobs, pay taxes, give sexual consent and enlist in the military. They should have a right to cast a ballot, too.

Eleven countries already recognize this and have lowered the voting age to 16. Research from these countries shows that young voters are as capable as older voters of making informed voting decisions because the “cold cognition” skills required are fully developed in 16-year-olds.

In Canada, however, there hasn’t been enough political support behind this issue, neither at the federal nor provincial levels. While the federal NDP and Greens support a reduced voting age, the other major political parties are silent on the issue.

Here in British Columbia, Dogwood’s #Vote16BC campaign has advocated for a reduced voting age for several years, yet there is minimal action on the provincial stage.

This inertia leaves youth like me frustrated and restless.

In the weeks leading up to B.C.’s 2018 proportional representation referendum, I spent countless lunch hours between classes at Simon Fraser University campaigning for electoral reform. I stepped far outside my comfort zone to talk to complete strangers about why we needed “Pro Rep” in B.C. to create a fairer voting system.

There was just one problem: I couldn’t vote. As educated and invested as I was in this issue, I wouldn’t receive a ballot myself simply because I was 17 years old.

We need a new kind of electoral reform across Canada — one that recognizes the right of 16- and 17-year-olds to elect a government that represents themselves and their future.

The good news? There’s growing support behind this issue.

Last June, a bill to lower the federal voting age was tabled in the Senate and has since passed second reading — but to succeed, it needs more support. Similar bills have failed several times in the House of Commons.

Politicians must recognize that reducing the voting age from 18 to 16 is an essential step towards more age-inclusive politics and a revitalized democracy in Canada.

As young people, we have a right to vote for the future we want — because we have the biggest stake in it. We believe change is possible, and we’re not old enough to give up hope yet.

The young are restless. Give them the vote!

Brennan Strandberg-Salmon is a bachelor of environment student at Simon Fraser University. He co-ordinates the climate change policy and research division for the British Columbia Council for International Co-operation.