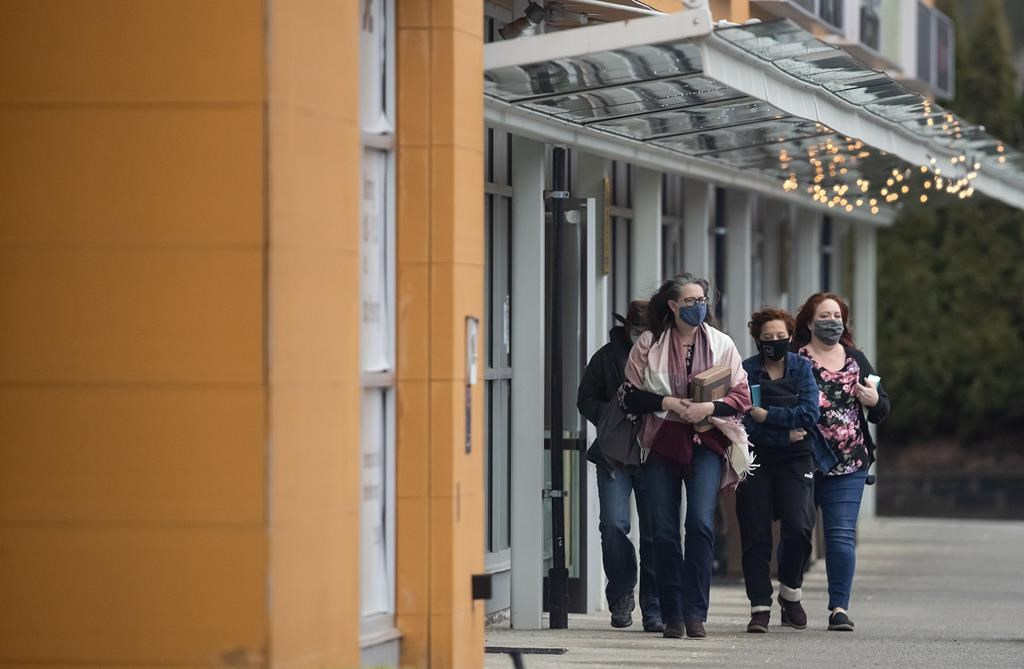 British Columbia's top doctor understands the importance of balancing any COVID-19 restrictions against the charter right to freedom of religion, a lawyer for the province's attorney general has told the B.C. Supreme Court.

In a hearing over a petition challenging Dr. Bonnie Henry's orders prohibiting in-person worship services, Gareth Morley said the provincial health officer outlined her reasoning both verbally in public briefings and in writing.

Henry's statements described how rapidly rising COVID-19 cases in B.C. last fall threatened exponential growth that could have overwhelmed the health-care system, and further restrictions were necessary to prevent transmission while keeping schools and essential workplaces open, he said Wednesday.

Paul Jaffe, a lawyer for the group of petitioners that includes three Fraser Valley churches, told the court this week the restrictions substantially and unjustifiably interfere with his clients' right to freedom of religion.

However, Hinkson questioned whether Henry fully appreciated the right to religious freedom based on Morley's description of her statements related to the orders first issued last November and updated in December.

"She talks about needs of persons to attend in-person religious services, but that really wouldn't capture the charter right that's asserted by the petitioners ... would it?" he asked.

"What she was obliged to do, surely, was to weigh the rights of persons, not their needs."

The current orders amended last month now include specific reference to the charter and freedom of religion, Morley said, adding Henry has always recognized the importance of religious practice and in-person worship.

"She thinks of this in terms of needs. A lawyer might think of it in terms of rights. Ultimately, in the most recent order, she specifically calls it rights."

British Columbia's top doctor understands the importance of balancing any #COVID19 restrictions against the charter right to freedom of religion court hears. #bcpoli

Morley told the court Henry consulted with faith leaders before issuing the orders last year and invited churches to submit requests for exemptions in proposals outlining how they could conduct services in ways that minimize the risk of COVID-19 to her satisfaction.

He pointed to an affidavit from Henry's deputy, Dr. Brian Emerson, which describes the heightened risk of COVID-19 transmission in settings where people are gathered in close proximity, particularly when singing is involved.

The affidavit also says the risk of transmission is higher when the illness is more prevalent in a community overall, he said.

Jaffe argued this week that his clients — which include the Riverside Calvary Chapel in Langley, Immanuel Covenant Reformed Church in Abbotsford and the Free Reformed Church of Chilliwack — have been careful to adopt safety protocols similar to those approved by Henry in places that remain open.

He said during a separate hearing last month that his clients applied for an exemption in December and did not receive a response.

Hinkson also asked Morley on Wednesday whether the attorney general would concede to any of the relief sought by one of the individual petitioners, Alain Beaudoin, who lives in Dawson Creek, B.C.

Beaudoin began organizing public protests last December over what he argues is an abuse of government power through COVID-19 restrictions, according to the petition to the court.

The document shows the RCMP issued Beaudoin a $2,300 violation ticket when he helped organize a protest on Dec. 12 and afterwards told police it was impossible to document and hand over the personal information of everyone who attended, given they were coming and going in an open area.

Beaudoin is petitioning the court to have the ticket thrown out and to quash Henry's orders prohibiting in-person gatherings and events.

Morley acknowledged that Henry's orders at the time read as though outdoor assemblies were not permitted, and it was not until updating her order on Feb. 10 that Henry clarified that gathering outside over matters of public interest or controversy remains allowed, provided people adhere to COVID-19 health measures, such as physical distancing.

"What we could say we would concede is a declaration that orders which prohibit outside gatherings for public protests are of no force and effect."

That concession would exclude the order made on Feb. 10, he said.

The hearing is scheduled to continue on Friday.