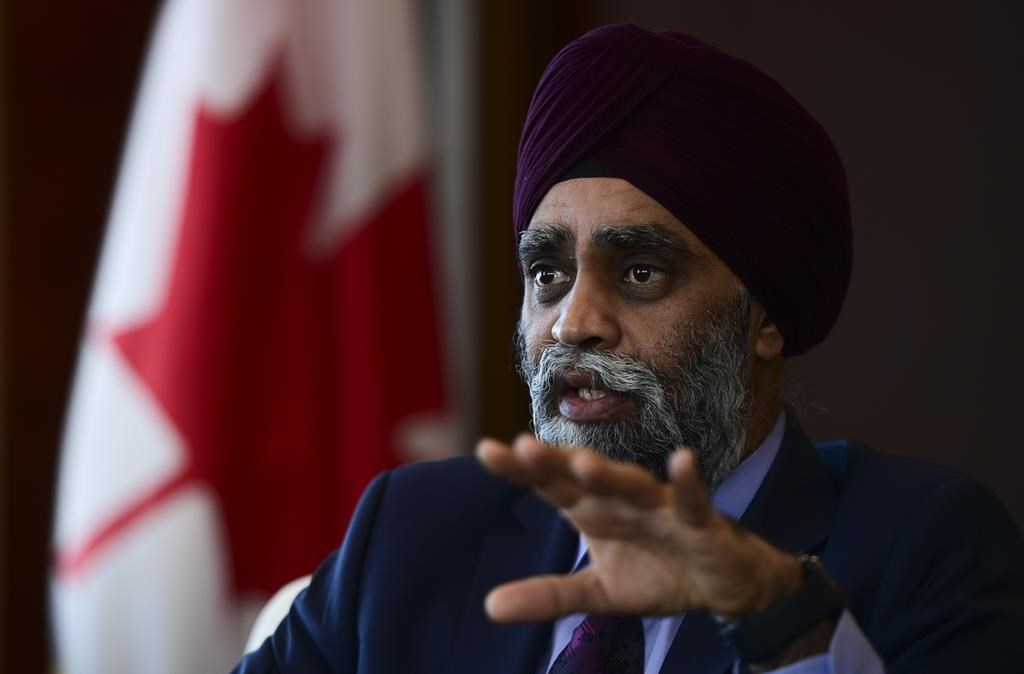 The brief email was sent by Zita Astravas, who at the time was Sajjan’s chief of staff, to Walbourne on March 5, 2018. That was four days after Walbourne says he notified the defence minister of the allegation against the military’s top commander during a “hostile” meeting.

Referring to a conversation between Walbourne and an official at the Privy Council Office, Astravas wrote: “I trust that you raised the allegations relating to the GIC appointment that you raised with the minister.”

Governor-in-council appointments, or GICs, are senior appointments made by the federal cabinet. While Astravas did not include any other details about the nature of the allegation or whom it concerned, the chief of the defence staff is such an appointment.

The email was obtained by The Canadian Press through access-to-information law.

Asked Thursday whether the allegation in question was against Vance, or whether he raised allegations against any other GIC appointee to the minister, Walbourne would only say: “I believe this was covered in my testimony.”

Walbourne testified to the House of Commons’ defence committee Wednesday about his closed-door meeting with Sajjan on March 1, 2018. The former ombudsman said he told Sajjan about an allegation that had been made against Vance.

Walbourne told the committee Sajjan declined to look at supporting evidence and instead referred the matter to the Privy Council Office, the department that supports the prime minister and cabinet.

The former ombudsman said Sajjan referred the issue to the PCO despite his request to the minister to keep the matter confidential.

Walbourne refused to give the committee any details about the allegation he raised in the meeting, citing his duty to preserve confidences. But Global News has reported that it was about a sexually suggestive email Vance allegedly sent to a much more junior military member in 2012, before he became defence chief.

Sajjan refused to confirm to the committee last month when he first became aware of potential misconduct by Vance, and said he was as surprised as anyone when Global first reported in February allegations against the former chief of defence staff.

The civil servant with whom Astravas's 2018 email said Walbourne should raise the allegation testified immediately after Sajjan last month. Janine Sherman, deputy secretary to the cabinet, also declined to speak to the allegations and how they were handled.

However, she did tell the committee that the PCO “did not have information at that time that would have allowed us to take any action.”

The Global report alleges Vance had an ongoing relationship with a subordinate that started more than a decade ago and continued after he was named chief of the defence staff in 2015 — when he promised to root sexual misconduct from the Armed Forces.

It has also reported on the allegations about Vance sending an email to a much younger female officer in 2012 suggesting they go to a clothing-optional vacation resort.

Vance has not responded to repeated requests for comment from The Canadian Press, and the allegations against him have not been independently verified. Global has reported that Vance has denied any wrongdoing.

Military police have launched an investigation. Sajjan has also promised a separate, independent investigation, but it has yet to begin.

Sajjan’s spokesman Todd Lane declined to comment Thursday on Astravas’s email, and instead provided a written statement repeating the minister’s previous assertion that he “disagrees with parts of (Walbourne's) testimony that occurred in committee.”

“He has always been truthful with committee while respecting the need to protect the privacy of any individuals involved,” Lane added. “Any allegations that were brought forward were quickly put forward to the proper authorities.”

The official Opposition Conservatives are pushing to expand the defence committee’s probe into the Liberal government’s handling of alleged sexual misconduct by the military’s top brass.

In a letter to the committee clerk on Thursday, Conservative committee members described Walbourne’s testimony as “troubling,” adding that it “contradicts that of previous witnesses, including the minister of national defence.”

The Conservatives want the committee to reconvene to “discuss the matter of witnesses” and expand the committee’s study to include the government’s handling of allegations of misconduct against Vance’s successor, Admiral Art McDonald.

McDonald temporarily stepped aside as chief of the defence staff late last month, only weeks after taking over the position from Vance.

Sajjan’s office has said the minister did not know about the allegation against McDonald when he was tapped to succeed Vance.