Trudeau doesn't intend to talk about breaking with the monarchy 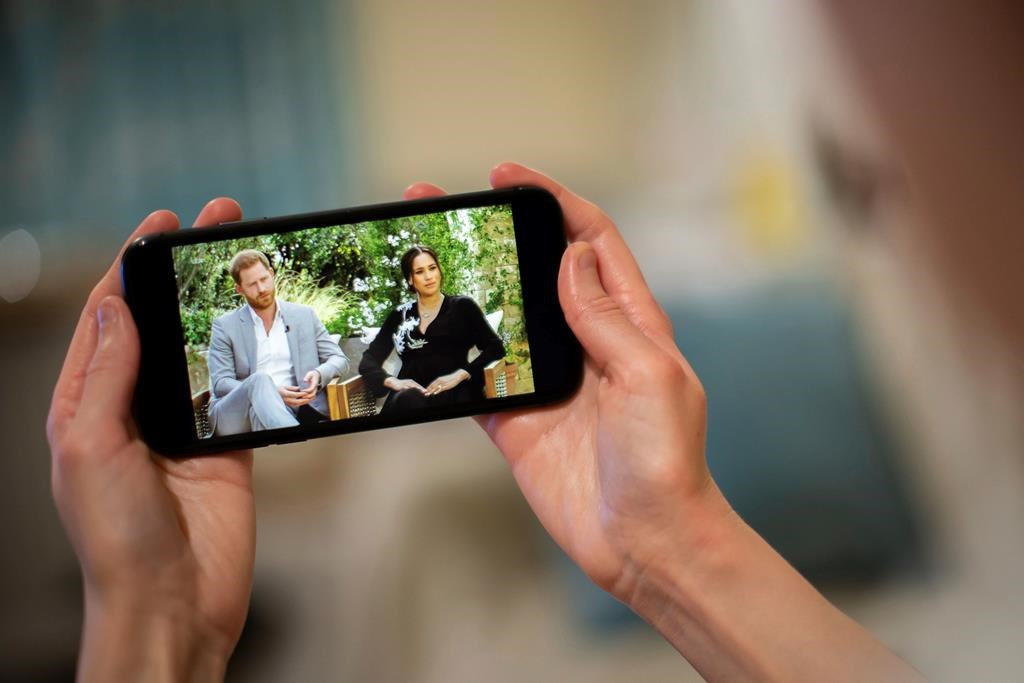 A man watches a phone screen showing an interview of Prince Harry and Meghan, The Duchess of Sussex, by Oprah Winfrey, in London Monday, on March 8, 2021. File photo by Aaron Chown/PA via AP
Previous story
Next story

Prime Minister Justin Trudeau said Tuesday he's not eager for a debate over the future of the monarchy in the wake of allegations of racism at Buckingham Palace.

Accusations from Prince Harry and Meghan, Duchess of Sussex, that racism was the driving force behind their exit from royal duties and departure from Britain have set off a heated debate within the Commonwealth about future ties to the Queen.

"If people want to later talk about constitutional change and shifting our system of government, that's fine, and they can have those conversations," Trudeau told reporters Tuesday,

"But right now, I'm not having those conversations. I'm focused on getting us through this pandemic and bringing our economy roaring back."

Trudeau said Canada still has work to do to eliminate discrimination and systemic racism in its institutions, but that's doesn't mean casting them aside and starting from scratch.

Both the NDP and Bloc Québécois leaders say the allegations are further proof the monarchy is no longer relevant to everyday Canadians and should be abolished.

"I don't see that the benefit of the monarchy in Canadians' lives," Singh said.,

"Now, even more so, with concerns about racism in the institution that were raised and pressures that were placed on Meghan Markle, just again highlight that exists at that institution and that is also horrible."

In an interview with Oprah Winfrey that aired Sunday, the couple alleged that questions about what skin colour their children would have and a failure by the "institution" to push back against racist coverage in the British press ultimately led them to conclude they had to make a break.

For a time, the duo lived in Canada but when it became clear no security was going to be offered to keep them safe and the borders were about to slam shut around the world due to the pandemic, they decided to move to the United States.

The Liberals are still working on replacing the Queen's representative in Canada, the governor general, after Julie Payette resigned earlier this year following revelations of a toxic workplace at Rideau Hall.

Intergovernmental Affairs Minister Dominic Leblanc said while he'd hoped to have nailed down a process for choosing a successor to Payette a couple of weeks ago, the final pieces are now being put into place and should be unveiled imminently.

He too refused to comment on the situation now faced by the Queen, also saying he hadn't watched the interview.