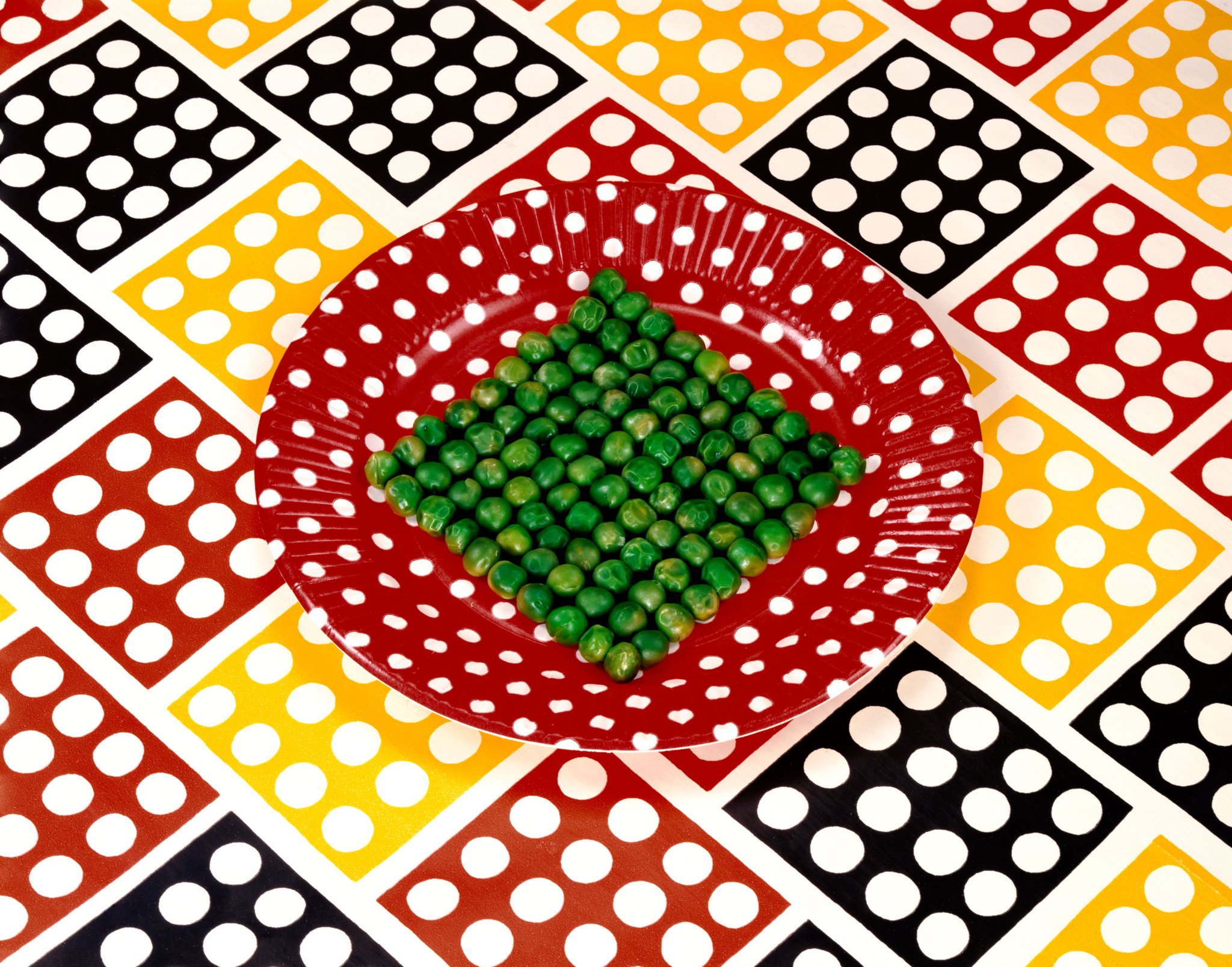 Peas on a Plate by Sandy Skoglund from 1978 is an archival pigment print on display at the Polygon Gallery in North Vancouver. Photo courtesy of RYAN LEE Gallery, New York
Previous story
Next story

The timing of a new exhibit at the Polygon Gallery couldn’t be more topical for director Reid Shier.

Originally planned for last summer, but put on hold due to the pandemic, Feast for the Eyes is the North Vancouver gallery’s newest exhibit. Divided into three parts, the show has photographs depicting food in all possible forms from the late 19th century to the present.

“The conditions under which people are viewing the show have certainly changed,” said Shier. “I think it kind of lands at a time when people have spent a lot of time inside, a lot of time thinking about what goes on their table and how that happens.”

One of the three sections, Around the Table, explores community and food — the traditions around eating, displayed differently across the world. For Shier, it offers a chance to think about the way we’ve had to pull back on eating with others due to COVID-19.

“There’s kind of a reimagination of what it means to sit around a table with other people, what it means to cook food for one another. Certainly, I know that the impact on the restaurant industry, and the whole hospitality industry, has been profound,” he said

“Part of this show is to profile a lot of local wares and give attention to the local food industry and how people are putting food on their tables.”

In conjunction with the pandemic perspective, Shier says the visitor’s own experience with social media and phone photography is something that’s on his mind.

“What’s interesting is that we've become so attenuated to pictures of food on our phones and social media accounts lately. So, to be able to look at an exhibition like this, it kind of puts a historical lens on what it means to take pictures of food,” said Shier.

“Then there are a number of nuances, in my mind, and interesting tangents that it raises. We see how that fascination with taking pictures of food has been really something that has existed since the invention of photography.”

“There’s kind of a reimagination of what it means to sit around a table with other people, what it means to cook food for one another,” says Reid Shier of the Polygon Gallery. #COVID19 #food #art

The exhibit was born from a book of the same name, a 2017 Aperture publication by Susan Bright. Denise Wolff edited the book, and curated the exhibit with Bright.

The showcase, which has travelled to Amsterdam, London and Gothenburg, is interpreted in different ways depending on the location, said Wolff.

“Each city makes the show its own in some way. They add or subtract and they create it. Each one has a different personality on the layout,” she said.

“I felt like in Berlin, they somehow brought out a sense of humour more. And London had a very international feel. I think just each city highlights something a little different.”

At the Polygon, Still Life is the first section the viewer sees. Starting with it felt natural, said Wolff, who explained that although the exhibit isn’t chronological, many of the earlier works live in this area — partly, because food doesn’t move, allowing an easier shot for early cameras. The section features well-known artists like Andy Warhol, as well as Charles Jones, whose early 1900s photographs were undiscovered until the 1980s when they were picked up at a garage sale. None of his negatives survived because he used them as protection for his plants from frost.

“They were wanting to show photography as an art form, so they were co-opting the still life genre from painting as well in the beginning, but trying to bring a sense of what photography could do,” said Wolff.

“It was this magic medium that could show ‘reality.’ This emphasis on texture and depth was something very new.”

The third section, Playing With Food, pulls all the themes from the beginning of the show and turns them upside down, said Wolff. She says there are elements of humour, like a section of unappetizing Weight Watchers recipe cards from 1974, that say something larger about society’s relationship to food.

“In some ways, there are these ideas and stereotypes (asking) what is a healthy body? What is a woman’s body?” she said.

The bigger picture of the exhibit and the questions it raises is accompanied by another feeling for the gallery’s director, who says the excitement coming from patrons seeing a show in person has been palpable.

“It's been a challenge for everybody in the arts and cultural industry, so to be able to put something out there and to have people coming into the building again ... we're just so grateful,” he said.

“I think it kind of points to some of the fatigue that we've all been experiencing living online. To be in a room, looking at things on the wall has been something that I'm sensing a lot of delight in.”

The show, which is part of the Capture Photography Festival, will be on until May 30 at the Polygon Gallery in North Vancouver, where admission is by donation. You can see the venue's COVID-19 safety plan here.