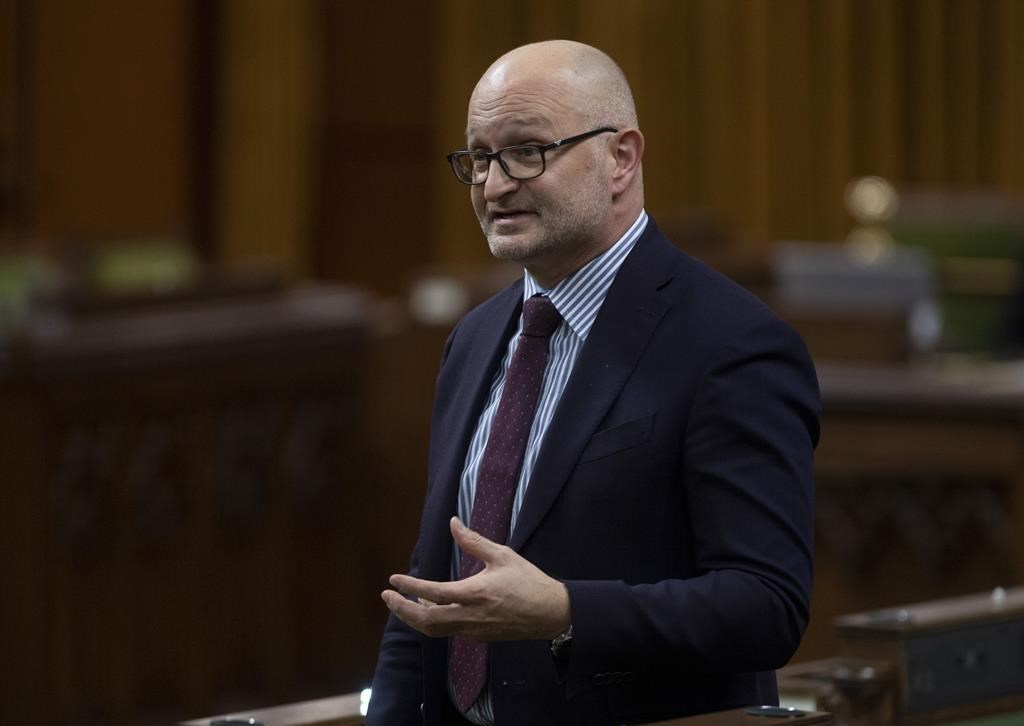 Minister of Justice and Attorney General of Canada David Lametti responds to a question during Question Period in the House of Commons, in Ottawa, on Monday, Dec. 7, 2020. File photo by The Canadian Press/Adrian Wyld
Previous story
Next story

With the help of the Bloc Quebecois, the minority Liberal government has passed a revised bill to expand access to medical assistance in dying — including eventually to people suffering solely from mental illnesses.

The House of Commons passed a revised version of Bill C-7 Thursday with the support of most Liberal and Bloc MPs.

Conservatives, New Democrats and two of three Green MPs voted against it.

It was thanks to the Bloc that the bill even came to a vote. Frustrated with Conservative stalling tactics in the face of a looming court-ordered March 26 deadline, the Bloc took the unusual step earlier in the day of joining the Liberals to impose closure on debate and force a vote on C-7 a few hours later.

The bill is intended to bring the law into compliance with a 2019 Quebec Superior Court ruling which struck down a provision that allows assisted dying only for intolerably suffering individuals whose natural death is "reasonably foreseeable."

Thursday's vote was on a motion laying out the government's response to major amendments approved last month by the Senate.

Among other things, senators voted to allow advance requests for assisted deaths and to impose an 18-month time limit on the bill's originally proposed blanket ban on assisted dying for people suffering solely from mental illnesses.

The government motion rejected the advance request amendment but proposed to put a two-year time limit on the mental illness exclusion.

Opening the door to people with mental illness proved too much for some MPs who had supported the bill in its original form.

The Conservatives attempted to amend the motion to delete the time limit on the mental illness exclusion on the grounds that it "could be seen as undermining suicide prevention initiatives and normalizing death as a solution to many forms of suffering."

NDP, Green and five Liberal MPs supported the Conservative amendment, but it was shot down by a vote of 179-152, with most Liberals and the Bloc opposed.

The revised bill must now go back to the Senate next week, where senators will have to decide whether to accept the verdict of the elected chamber or insist on their amendments.

He added that he's "pretty confident" senators will accept the revised version of the bill, even though the government has rejected or modified some of the Senate amendments.

The bill had been stuck at its next-to-last hurdle for several weeks as Conservatives repeatedly talked out the clock or refused evening sittings of the Commons to finish dealing with it.

"There are people suffering. There are people waiting for us to do our work and it is time for us, after all of this debate, to act and be compassionate towards them," he told the Commons.

Lametti said 139 MPs have spoken for nearly 45 hours on the bill since it was introduced just over a year ago. He noted that the Conservatives three times rejected government proposals to extend sitting hours to allow more debate specifically on the Senate amendments.

"They don't want more time … they just want to stop it altogether," he told the Commons.

But Conservative Leader Erin O'Toole said the use of closure was "quite unprecedented" on a topic that is so sensitive. He argued that hundreds of thousands of Canadians have concerns about the bill, particularly about the Senate-triggered change to include people suffering solely from mental illnesses.

"Why would the government limit reasonable questions of concern, particularly when it comes to mental health, and use closure in this way on C-7?"

NDP MP Don Davies said he personally supports medical assistance in dying "but I also know a flawed bill when I see one."

He noted that disability rights groups have condemned the bill, arguing that it devalues the lives of people with disabilities who may be pressured — either directly or indirectly through societal attitudes and a lack of support services — into ending their lives prematurely.

Disability rights groups have been opposed to the bill since the outset but New Democrats nevertheless supported the original version.

Earlier Thursday, NDP Leader Jagmeet Singh said his party would vote against the revised bill on the grounds that unelected senators should not rewrite legislation passed by MPs.

"We don’t believe that the Senate should be doing the work of elected officials," he said.

The government has sought and received four extensions to the court-imposed deadline for complying with the ruling. The latest — and very likely the last extension, the court has warned — expires March 26.

The bill would expand assisted dying to intolerably suffering individuals who are not approaching the natural end of their lives. It would also relax eligibility rules for people who are near death but set out more restrictive rules for those who are not.

In response to the Senate amendments, the government has revised the bill to, among other things:

— Require creation of an expert panel to conduct an independent review of the mental illness exclusion and, within one year, recommend the "protocols, guidance and safeguards" that should apply to requests for assisted dying from people suffering solely from mental illnesses.

— Within 30 days of C-7 receiving royal assent, launch the legally required parliamentary review of Canada's assisted dying regime, which was supposed to have started last June. A joint Commons-Senate committee will examine issues related to mature minors, advance requests, mental illness, the state of palliative care in Canada and the protection of Canadians with disabilities. It will be required to report back, with any recommended changes to the law, within one year.

— Require the collection of disaggregated data on who is requesting and receiving medical assistance in dying, including data on people with disabilities. The data is to be used to determine if there is "the presence of any inequality — including systemic inequality — or disadvantage based on race, Indigenous identity, disability or other characteristics."