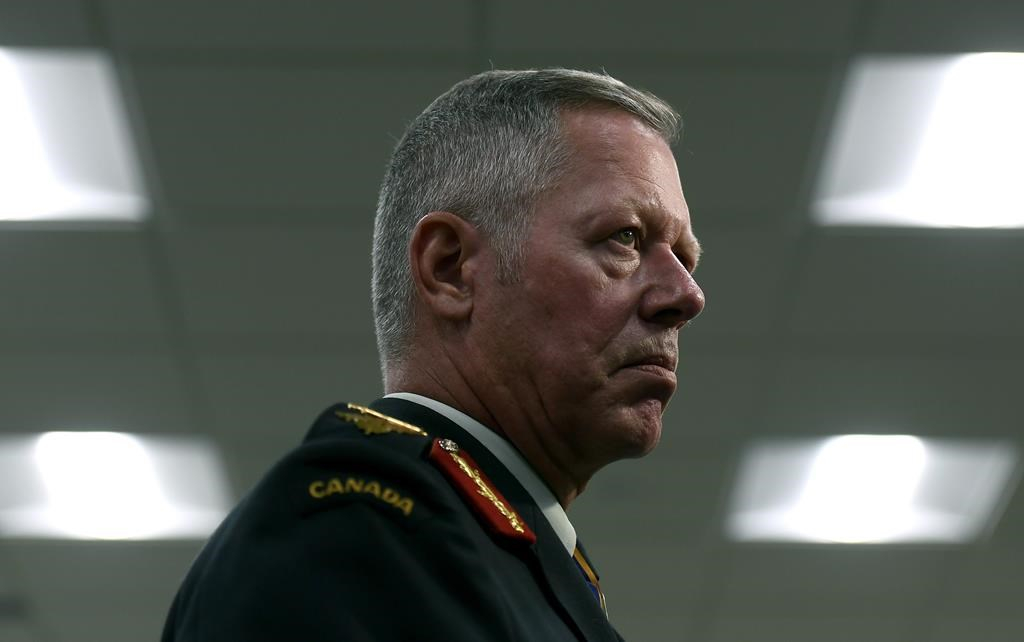 Gen. Jonathan Vance, then chief of the defence staff, speaks to reporters after a change of command ceremony in Ottawa on Thursday, Aug. 22, 2019. File photo by The Canadian Press/Justin Tang
Previous story
Next story

OTTAWA — Defence Minister Harjit Sajjan says that "trust has been broken" in the Canadian military following accusations of misconduct against top-ranking leaders.

Consequently, the Canadian Armed Forces will be creating an independent complaint process for misconduct allegations, where "all options are on the table" as to its structure, he told a virtual gathering of the Conference of Defence Associations Institute.

"We will do everything possible to rebuild the confidence that we have lost for those who have experienced misconduct," Sajjan said Friday, pledging to eliminate sexual misconduct from the Armed Forces.

His remarks come the same day as a House of Commons defence committee appearance by Lt.-Cmdr. Raymond Trotter, who was summoned following a Global News report that he received two anonymous threats after bringing forward an allegation of misconduct by Admiral Art McDonald last month.

McDonald has since temporarily stepped aside as defence chief, after six weeks on the job, while military police investigate the allegation, which hasn't been detailed publicly.

The opposition Conservatives have accused the Liberal government of being behind the alleged threats, a charge the defence minister's office has strongly rejected.

The committee will also hear for a second time from Sajjan later Friday, who is expected to offer more details about his handling of an allegation of sexual misconduct against then-defence chief Gen. Jonathan Vance in March 2018.

Sajjan previously refused to confirm that military ombudsman Gary Walbourne raised the allegation with him at that time, but Prime Minister Justin Trudeau has since confirmed it.

Trudeau has insisted, however, that the government did everything by the book by referring the matter to the Privy Council Office, the bureaucratic operation that supports the Prime Minister's Office and the cabinet. Trudeau said it was unable to do anything more because Walbourne refused to provide information about the allegation.

The prime minister also says the government did not know the specifics of the allegation until a Global report last month.

"We will do everything possible to rebuild the confidence that we have lost for those who have experienced misconduct," Defence Minister Harjit Sajjan said Friday. #cdnpoli

“Three years ago, when the ombudsperson came forward to the minister and said, 'I have received allegations against the chief of defence staff,' the minister quite rightly directed the ombudsperson to the independent authorities who could follow up and create that investigation," Trudeau told reporters Friday in Ottawa.

The Global report alleges Vance engaged in an ongoing relationship with a subordinate that started more than a decade ago and continued after he became chief of the defence staff in 2015.

Global has also reported that Vance allegedly sent a lewd email to a much more junior soldier in 2012.

Vance has declined to respond to repeated requests by The Canadian Press for comment, and the allegations have not been independently verified. However, Global has reported that Vance has denied any wrongdoing.

Sajjan said Friday the work of rebuilding crumbled confidence and morale over "deeply troubling" allegations demands fair investigations and "supporting those who have been harmed."

Conservative Leader Erin O'Toole said last week a Tory government would establish an independent body to handle complaints outside of the chain of command, among other measures.

NDP Leader Jagmeet Singh has said the military ombudsman should report directly to Parliament rather than to the defence minister.

This report by The Canadian Press was first published March 12, 2021.