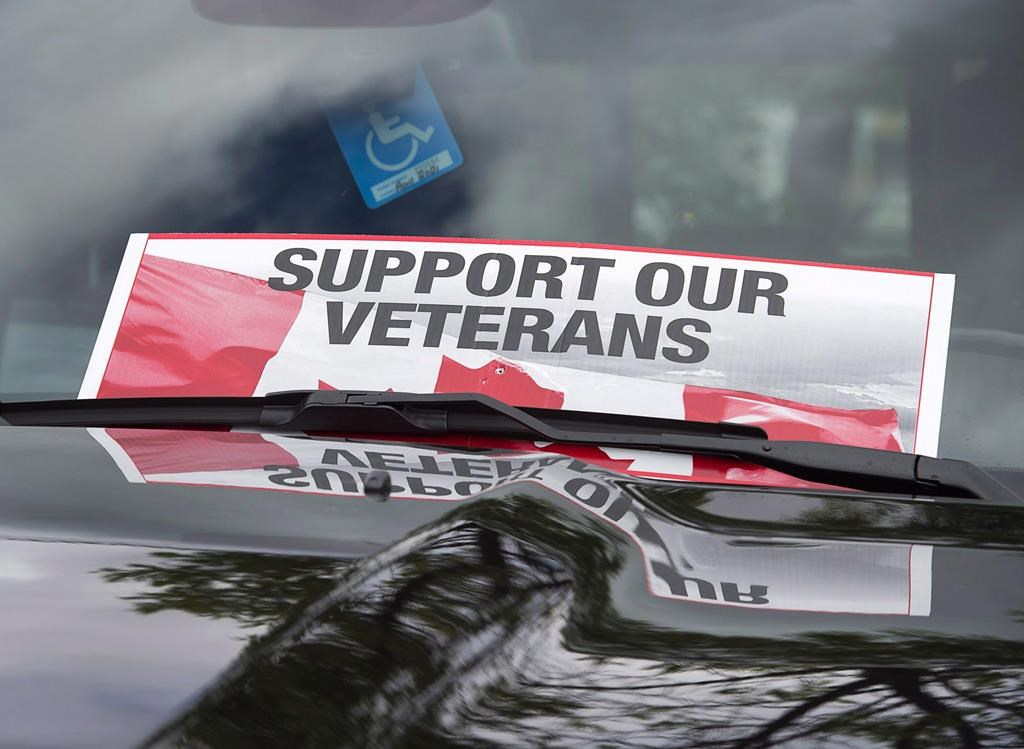 A sign is placed on a truck windshield at a protest outside the Veterans Affairs office in Halifax on June 16, 2016. File photo by The Canadian Press/Andrew Vaughan
Previous story
Next story

Canada’s military ombudsman is calling on the federal Liberal government to make his office truly independent, saying the current structure is undercutting confidence in its ability to fight for aggrieved Canadian Armed Forces members and others.

In an interview with The Canadian Press, Greg Lick also voiced his belief that his predecessor Gary Walbourne was “unfairly treated," and defended his own appointment as ombudsman given his past ties to the head of the Department of National Defence.

Lick says he initially believed when he took over the job from Walbourne in November 2018 that he could work within the current structure, which involves the deputy minister of the Defence Department having to approve his budget and staffing.

But Lick says he has since changed his mind and now fully endorses Walbourne’s calls to have the ombudsman’s office completely independent from the Defence Department and the defence minister by making it report to Parliament.

“I’ve really come to realize that there’s not really any independence, or maybe more importantly, any perceived independence when the office is in anyway connected administratively to the department that it oversees,” Lick said.

“I really believe now that independence is only possible when there can be some sort of assurance that there’s no administrative or political vested interests in what we do.”

Lick’s comments come amid a sharp debate within military and political circles around the need for true independent oversight of the Armed Forces following allegations of misconduct against several top officers, including the two most recent chiefs of defence staff.

They also follow Walbourne’s suggestions during explosive testimony in front of the House of Commons’ defence committee last month that the ombudsman’s office faced obstacles and unfair treatment from senior defence officials during his time on the job.

Those allegations largely surrounded how the Defence Department handled a whistleblower complaint against Walbourne and members of his staff, one of whom challenged the process in Federal Court where a judge found she was “denied procedural fairness.”

Numerous documents obtained by The Canadian Press also show Walbourne and the Defence Department at odds over his requests for funding and staffing approvals, including for what is described as routine travel to meet with service members and clients.

Defence Minister Harjit Sajjan also cancelled all meetings with Walbourne after the ombudsman raised an allegation of sexual misconduct against then-defence chief Gen. Jonathan Vance during a closed-door session on March 1, 2018.

Global News has reported the allegation relates to a lewd email that Vance purportedly sent to a much younger soldier in 2012, before he became commander of the Armed Forces. Vance has denied any wrongdoing, and the allegation has not been independently verified.

While Lick said he did not know the specifics of what happened to Walbourne, he's come to the conclusion that his predecessor was "unfairly treated" based on what he has seen himself and heard from other staff in the watchdog’s office.

And while Lick said he has not faced any real impediments from the Defence Department, he nonetheless has heard questions about the office’s independence from military personnel, which he worries will stop people from coming forward with complaints.

“I visit various bases, and in various audiences, I still get asked questions about: ‘Are you really independent?’” he said. “Ultimately, that’s going to prevent some from coming forward, because they don’t have the confidence that we’ll deal with it objectively.”

The Liberal government has said it is looking at ways to step up independent oversight of the military following allegations of misconduct against Vance and current defence chief Adm. Art McDonald, but it has yet to provide any details.

Lick was noncommittal when asked whether the ombudsman’s office would be best placed to investigate such allegations, but suggested the foundation is there in terms of being able to take on such a role if given true independence.

At the same time, he echoed concerns raised by others about the lack of real and perceived independence with the Defence Department’s sexual misconduct response centre and the Canadian Forces National Investigation Service.

"They will struggle with the same thing around perceived independence because they report within the military structure," Lick said of the CFNIS, which is currently investigating Vance and McDonald.

Lick also responded to questions about his own personal independence, given that he previously worked with Defence Department deputy minister Jody Thomas at the Canadian Coast Guard for about a decade before succeeding Walbourne as military ombudsman.

Lick confirmed talking to Thomas when an official at the Defence Department reached out to him in the summer of 2018 to gauge his interest in taking over from Walbourne on an interim basis.

At the time, Lick was planning to retire after 34 years in the coast guard, and did not know what an ombudsman did.

He said he reached out to Thomas because of their past working relationship. He said he did not know who recommended him as a possible candidate for the job.

Defence Department spokesman Daniel Le Bouthillier said Thomas “played no role in the recommendation or selection of the DND/CAF ombudsman.”

The Canadian Press also obtained emails and text messages between Lick and Thomas, including one in which Thomas says she “cannot afford another accusation of interference in your office.”

Lick, who said he was warned before taking the job that the ombudsman’s office was “toxic and needed healing” only to find a well-run operation made up of dedicated staff, maintained that his relationship with Thomas has not interfered in his work.

“Anybody who knows me, including the deputy, knows that I’m nobody’s pawn,” he said.

This report by The Canadian Press was first published March 14, 2021.