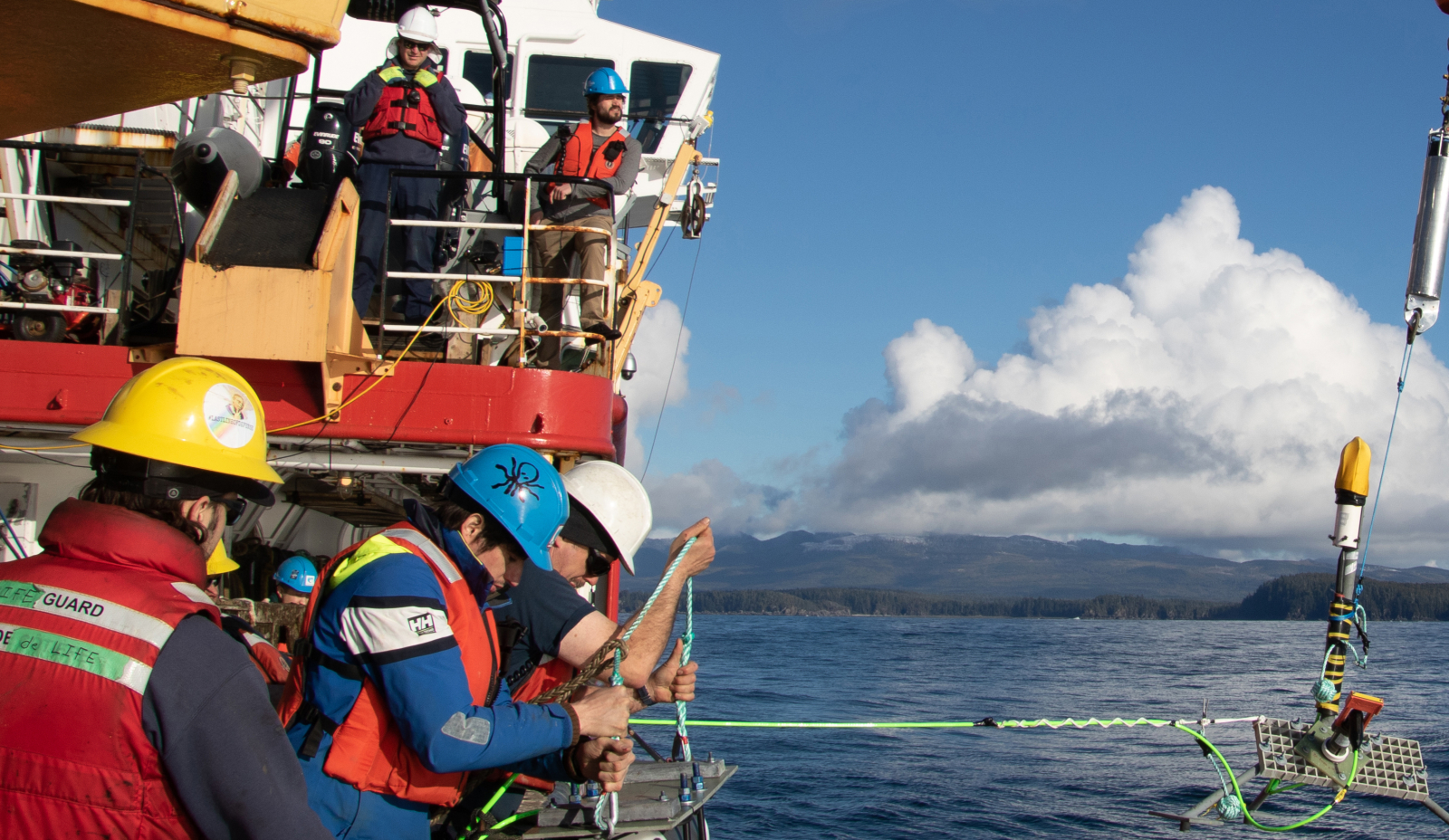 As a result of significant investments, we have a deeper understanding of our oceans than any other country in the world. Photo by Ocean Networks Canada
Previous story

A dramatic turn took place south of the border just days after U.S. President Joe Biden’s inauguration: He put a stake in the ground that set his powerhouse country moving fast on climate action in lockstep with an economic boom.

With this policy shift on climate, Biden underscored a fundamental, and likely irreversible, shift that will permanently merge climate action with a healthy economy. On his watch, the U.S. will not foot-drag on this green new deal, but rather use the urgency to protect the planet as a catalyst for the next great wave of economic innovation. The search for new and better ways to decarbonize across all sectors will inspire scientific and technological breakthroughs and spawn new opportunities. And make no mistake about it, these opportunities are high-paying jobs for workers and businesses.

The good news for Canadians is that we are already part of this race to achieve a clean economy in the near future; that said, there is much more we can do to be a leader on the global stage.

One distinctive aspect of opportunity for Canada lies in our oceans, what some are calling the “blue economy.” Ocean Networks Canada, which I am proud to lead, has already set the stage for Canada to succeed with world-leading, real-time technology and digital research infrastructure that delivers ocean intelligence. The benefits are not only for scientific research, but also for society at large, including growing Canada’s ocean industries. I, for one, am delighted to see that Canada’s minister of fisheries and oceans and the Canadian Coast Guard are rapidly gathering input on how our blue economy should be sustainably shaped and then kicked into high gear, while Fisheries and Oceans Canada further emphasized ocean health by launching Canada’s role in the UN Decade of Ocean Science for Sustainable Development.

Canada is blessed to have three ocean coasts. As a result of significant investments, we have a deeper understanding of our oceans than any other country in the world. While a lot of discussion about how to reduce emissions focuses on what happens on land, a tremendous amount of what we know with certainty will work takes place in the ocean. From offshore wind farms, to aquaculture, to carbon removal undersea, and even to advanced nuclear barges, rapid advances in technology and abundant brain power are opening up high-skill, high-wage jobs like never before. Even better, this bounty of jobs serves as a transition bridge for vulnerable oil and gas sector workers.

Canada has even more reason to take the lead in this initiative. Late last year, as part of the UN Oceans Panel, Prime Minister Justin Trudeau joined 13 other national leaders in signing a progressive global economic development strategy. This strategy outlines a science-based program of sustainable economic development, dubbed “Ocean Health and Ocean Wealth,” that involves an estimated $24 trillion in assets around the globe. The five priorities of the panel include clean ocean-based energy, sustainable mariculture, ecosystem restoration, carbon removal and sequestration, and sewage and wastewater treatment.

Other emerging ocean-based industries — some now supported by Canada’s Ocean Supercluster — such as marine biotech, bioprospecting, desalination and seabed extraction, likewise provide a wealth of socially and ecologically important opportunities for the next generation of Canadian workers, entrepreneurs and scholars.

These are all areas where Canada is well positioned for success. But success will depend on smart public policy, support for research and ocean sector investments to ensure that we seize the moment and drive progress in lock-step with the U.S. We are well positioned to launch Canada’s new and sustainable blue economy from the strong Ocean Networks Canada foundation that, after 15 years of continuous operations, is now established on all three coasts.

Canada’s longest coastline in the world, along with the U.S.’s largest exclusive economic zone, makes for an ocean-based North American blue economy powerhouse of the future. This partnership approach benefits us and our southern neighbour, and was further reinforced when President Biden chose to hold his first bilateral meeting with Prime Minister Trudeau, acknowledging the benefits of working together on economic growth driven by climate action.

Canada’s longest coastline in the world, along with the U.S.’s largest exclusive economic zone, makes for an ocean-based North American blue economy powerhouse of the future, writes @katemoran #KnowTheOcean #BlueEconomy

In every part of the country, Canadians know this green economic future will be the recovery we need post-pandemic. This means that, however right and just discussion of green growth following the pandemic is, this growth cannot only be green, it must also be big and, thus, blue.

Kate Moran is the president and CEO of Ocean Networks Canada, a University of Victoria initiative. Her previous appointment was professor and associate dean at the University of Rhode Island Graduate School of Oceanography.

Canada is long overdue for a national climate security strategy

I wonder if we can't just

I wonder if we can't just focus on returning life to the oceans, before we start planning even more exploitation.

Agreed. I thought the

I smell a rat here. Can we

I smell a rat here. Can we not just leave the oceans alone.

Our experience with profligate salmon and shellfish aquaculture on the BC coast makes a mockery of claims about Canadian leadership in "sustainable mariculture." It's nice to think about though. Does this mean they might finally get serious about closed pens to contain the salmon shit? Real control over the shell fishers tons of plastic waste?

There is no mention in this

There is no mention in this article of indigenous partnership or leadership. Everything the author talks about is critical for First Nations communities that depend on the oceans and coasts. They know a great deal about these waters and lands, and have a rightful role in their management. Integrating indigenous partners is critical for the welfare of all of us. I am appalled that these key stakeholders have no presence at all in this mapping of issues by Kate Moran. They must be central. A focus on their partnership should inform every initiative. I hope the leadership of the University of Victoria, and the leadership of the Government of Canada, will agree.