Europe's recent heat waves are the worst in 2,000 years: study 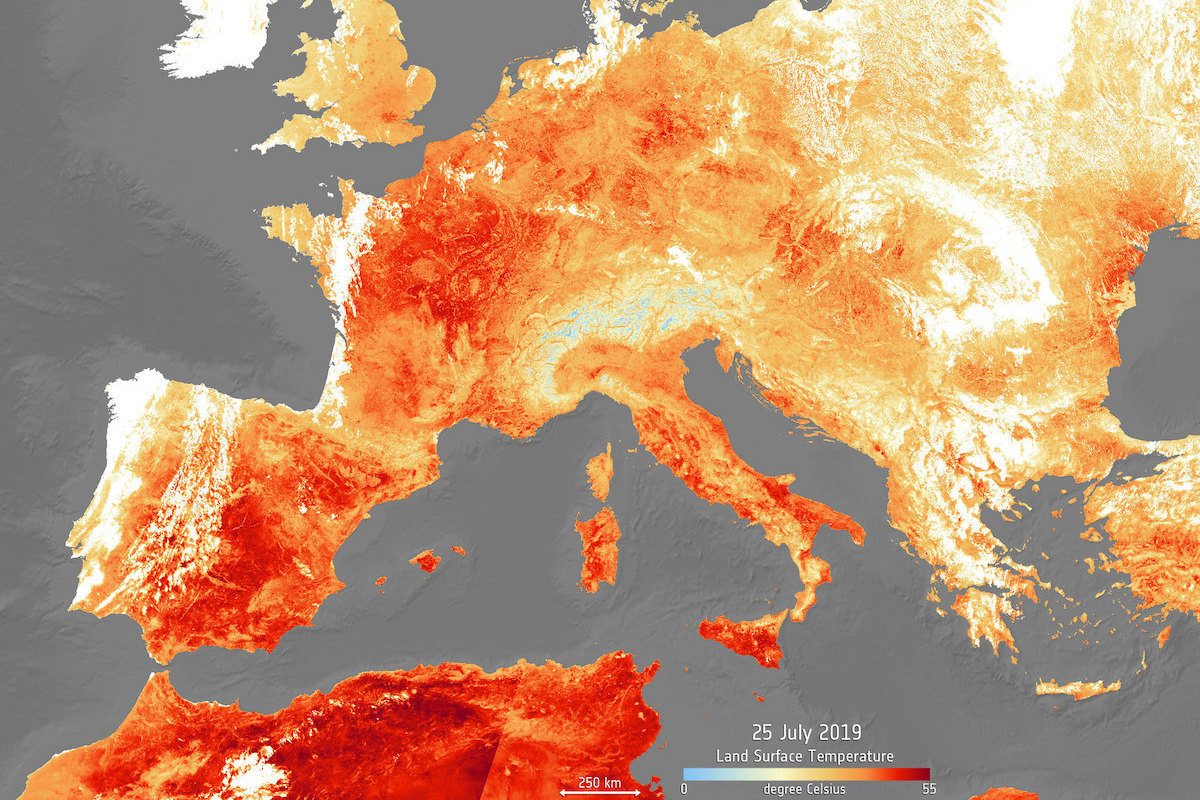 The series of severe droughts and heat waves in Europe since 2014 is the most extreme for more than 2,000 years, research suggests.

The study analyzed tree rings dating as far back as the Roman empire to create the longest such record to date. The scientists said global heating was the most probable cause of the recent rise in extreme heat.

The study also found a gradual drying of the summer climate in central Europe over the last two millennia, before the recent surge. The scientists ruled out volcanic activity and solar cycles as causes of this long-term trend and think subtle changes in Earth’s orbit are the cause.

“We’re all aware of the cluster of exceptionally hot and dry summers we’ve had over the past few years,” said Prof. Ulf Büntgen, of Cambridge University, who led the study. “Our results show what we have experienced is extraordinary. The series is unprecedented for the last 2,000 years.” The available data ends in 2018, but 2019 and 2020 also had very hot European summers.

The scientists said changes in the position of the jet stream and the circulation of air over the continent caused the droughts, and that climate change was probably the underlying driver. “Climate change (means) extreme conditions will become more frequent, which could be devastating for agriculture, ecosystems and societies as a whole,” said Büntgen.

Prof. Mrislav Trnka, of the CzechGlobe research centre in Brno, who was part of the study team, said the sharp increase in droughts was particularly alarming for agriculture and forestry. “Unprecedented forest dieback across much of central Europe corroborates our results,” he said.

Dr. Friederike Otto, of Oxford University, said a lack of historic data often hindered the clear identification of the drivers of observed events, making the new work important and useful. “It corroborates from a long-term perspective that the huge increase in heat extremes observed over Europe in the summer, which has clearly been attributed to human-induced climate change, does indeed change the nature of summer in Europe,” she said.

A study of tree rings dating back to the Roman empire reveals Europe's weather since 2014 has been extraordinary. #ClimateChange #ClimateAction

The study, which was published in the journal Nature Geoscience, analyzed 27,000 growth rings from 147 oak trees. Living oaks were used for the last century, then timber from old buildings such as churches. For the Middle Ages, the researchers used oak that had been preserved in river deposits or gravel beds, and for the Roman period they used remains such as wood used to construct wells.

Previous climate reconstructions from tree rings used width and wood density to determine temperature. The Büntgen-led study used measurements of carbon and oxygen isotopes to show how much water was available to the trees, giving a record of droughts. This showed that the high frequency of recent European droughts was unprecedented, even compared with severe historical droughts such as the Renaissance drought in the early 16th century.

The wood samples come from the Czech Republic and Bavaria in Germany, and represent climate conditions across central Europe. High temperatures were the main cause of recent droughts, and these have been seen across Europe.

The climate crisis is also linked to extreme wet weather in winter. The rainfall in the U.K. on Oct. 3, 2020 was the highest in records dating back to 1891, and a study published last Wednesday said this had been made three times more likely by global heating. The research by the U.K. Met Office also found that such downpours will be 10 times more likely by 2100 without major cuts to carbon emissions.

By Jonathan Watts | News
Race to a Safer World