Over half of Canadians believe monarchy is obsolete: poll 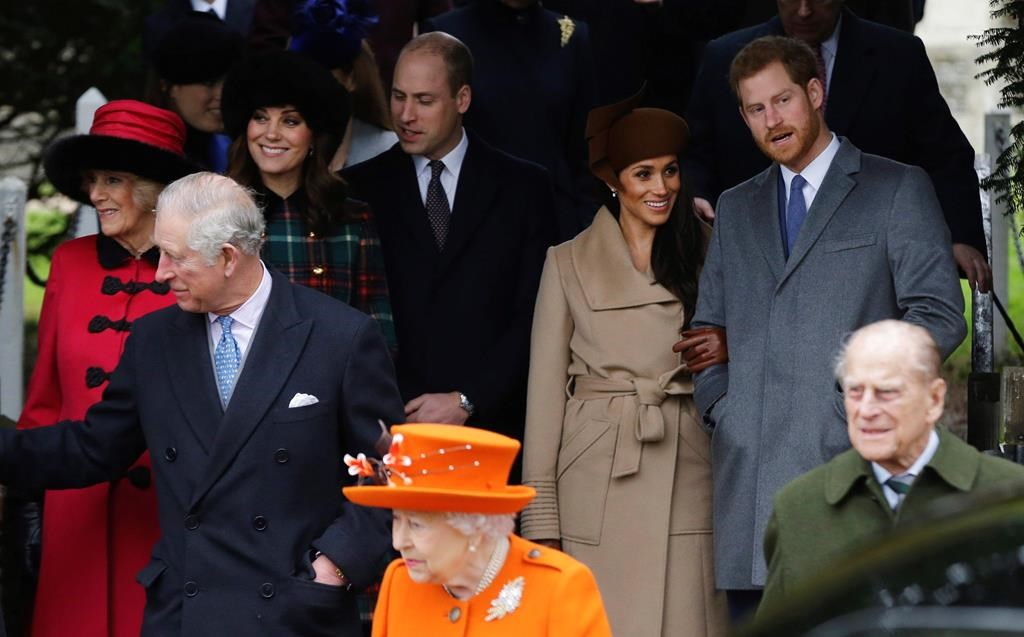 A new poll suggests just over half of Canadians believe the British monarchy is a relic that Canada should dump, following Prince Harry and Meghan's interview with Oprah Winfrey. File photo by The Associated Press/ Alastair Grant
Previous story
Next story

A new poll suggests just over half of Canadians believe the British monarchy is a relic that Canada should abandon, following Prince Harry and Meghan's explosive interview with Oprah Winfrey.

Fifty-three per cent of respondents to an online survey by Leger and the Association for Canadian Studies say the British monarchy no longer has its place in 21st-century Canada, while one-third say they would rather preserve this part of our heritage.

Leger executive vice-president Christian Bourque said the interview — and how Canadians are responding to its revelations — should be considered a blow for the monarchy and those who believe in the importance of the role it plays in Canada.

"I think this probably would not have been true a few weeks ago," Bourque said.

The poll also found that 59 per cent of respondents sympathize more with Harry and Meghan, while 26 per cent say they held more sympathy for the Royal Family.

The online poll of 1,512 adult Canadians was carried out March 12 to 14. It cannot be assigned a margin of error because internet-based surveys are not considered random samples.

Fifty-two per cent say the recent events involving the couple, which included the Duchess of Sussex divulging that she had been driven to thoughts of suicide and that a member of the Royal Family had asked how dark her son Archie's skin might be, speak about a fundamental problem with the institution.

Forty-three per cent of respondents say the recent events show the Royal Family holds racist views, which Bourque said is damaging to its reputation.

The negative view of the monarchy was higher in Quebec, where 71 per cent of respondents said it is out of date, which Bourque said is not surprising.

A new poll suggests just over half of Canadians believe the British monarchy is obsolete, following #PrinceHarry and Meghan's explosive interview with #OprahWinfrey. #racism #MeghanMarkle

"Even if you exclude the Quebec numbers, you still get about half of Canadians who say basically do we really need the Royal Family in Canada," he said.

An earlier poll of 2,122 adult Canadians carried out from Feb. 5 to 7 had 46 per cent of respondents saying the monarchy is outdated and that Canada should get rid of it, so the numbers are slightly higher after the interview with Harry and Meghan.

In the more recent poll, Canadians appear divided on what could replace the monarchy.

Trudeau doesn't intend to talk about breaking with the monarchy