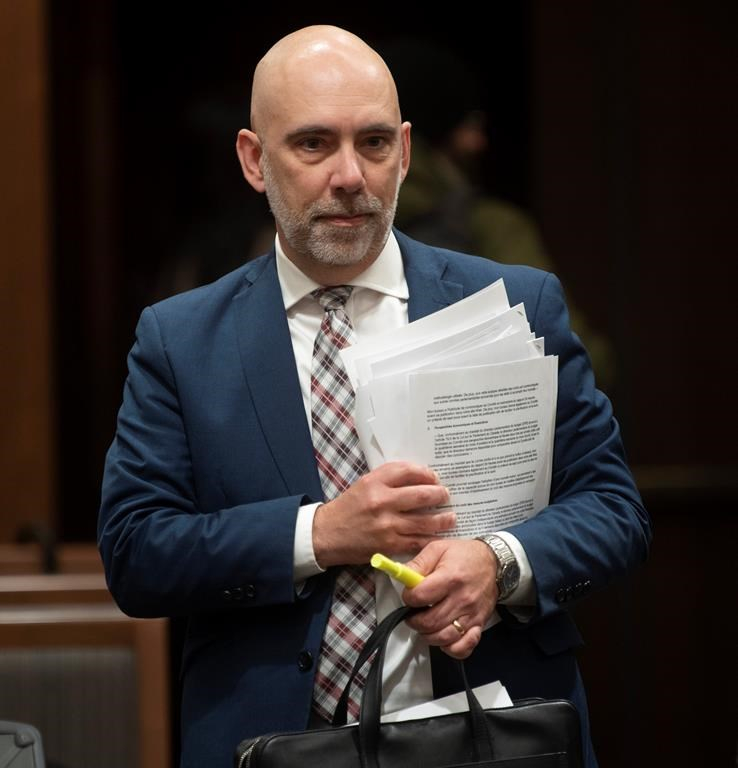 Ottawa's extension of income support for unemployed workers during the COVID-19 pandemic will tack on more than $5 billion in government spending costs, Parliament's budget watchdog says in a new report.

The government announced last month it would add 12 weeks of eligibility to the $500-a-week Canada Recovery Benefit in an attempt to get ahead of a looming panic around pandemic relief.

Parliamentary budget officer Yves Giroux says the move will cost an additional $5.2 billion, bumping the total price tag of the program to $22.9 billion.

The government's three-month extension of aid for parents who must stay home with children because of the virus will add an extra $470 million in spending in the coming fiscal year, boosting total expenditures on the caregiver benefit to $3.3 billion, according to the report.

Giroux projects a further $235 million will be spent on the $500-per-week sickness benefit after it was expanded to four weeks from two so workers can stay home if they're feeling ill or have to isolate due to COVID-19. That will nudge the total price tag to $899 million.

The extra weeks for the recovery benefits will provide income support to June, roughly the same time that business support like the wage subsidy is also set to expire.

Labour groups have asked the Liberals to extend benefits until the end of the year, which is how long they believe it might take before the workers in hardest-hit industries get back on the job.

One year into the pandemic, Canada's labour market is 599,100 jobs short of where it was in February of last year, or 3.1 per cent below pre-pandemic levels.

The job market in December and January reversed months of gains, as lockdowns sent employment rates back to where they were in August, leaving the country short 858,300 jobs of pre-pandemic levels.

But the economy came roaring back in February with 259,000 additional jobs, surpassing expectations to pull the country closer to employment levels seen prior to March 2020.

Fiscal prudes are fretting about the wrong issues
https://theconversation.com/the-throne-speech-fiscal-prudes-are-fretting...

"The left, the right and people who should know better, like the PBO, are wrong because they cannot escape thinking of the federal government as if it were a household whose credit card was maxed out.

What they all seem to forget is that the federal government has the power to create new money. In fact, it effectively creates new money every time it spends."