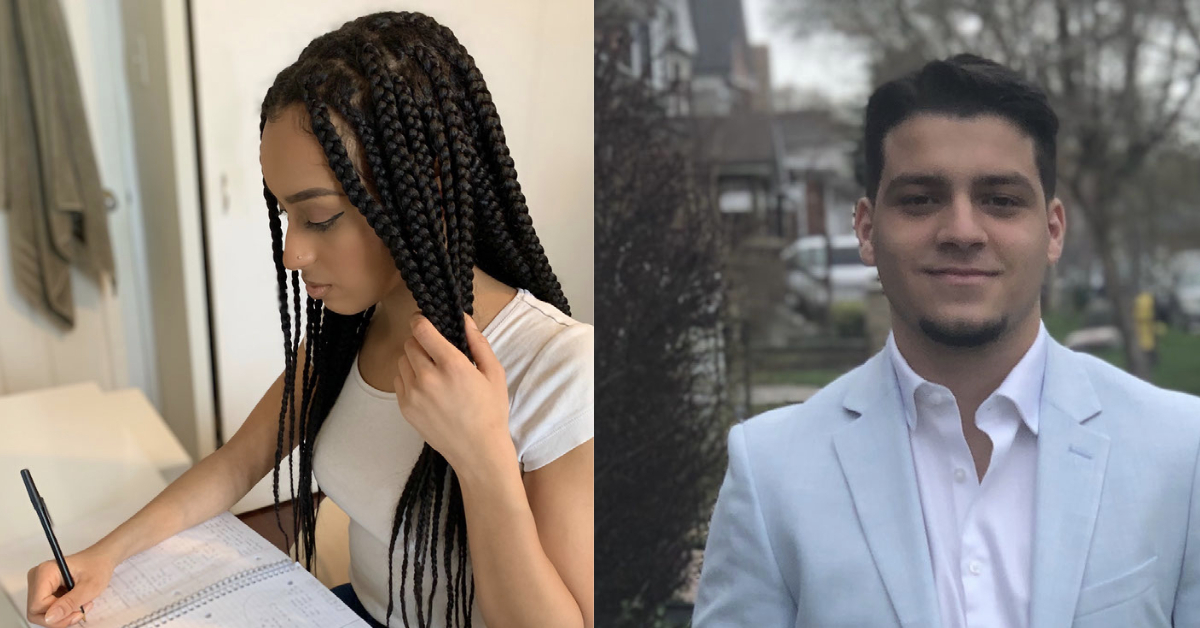 As a young Black woman studying mathematics, Helen Simon knows what it is to feel like an outsider who is underestimated and passed over for job opportunities. She is determined to help fix that.

“For me personally, I've always found it hard to find jobs, whether it be not getting a call back or not having the qualifications needed,” said Simon, who is in her fourth year studying statistics at the University of Toronto.

"That is a major barrier that I see when applying for roles and you're not visually what they were expecting," she said in a video interview. “It's a little bit harder, you're normally underestimated.”

Simon is one of 12 members of the inaugural youth innovation council at Opportunity For All Youth, a coalition of employers that has committed to hiring youth who are not in school, training or employed. Its members include retailers such as Starbucks and Walmart, telecom company Telus and construction company Tridel.

“I'm working with a very diverse group, and this is the first time where I don't feel an outsider, so that was really comforting,” she said of the council, whose term started in November and runs until April.

Employers and governments have lots of tools they can use to help create more diverse workforces in higher-paying fields, she says, including by funding tutors and academic camps in lower-income neighbourhoods such as Toronto’s Jamestown, where she grew up.

"There are so many things structurally that can be done at a younger age,” Simon said, adding companies could also offer more summer internships for university students and lower the requirements attached to entry-level jobs.

Statistics Canada only started publishing race-based employment data in mid-2020, but early findings have been stark. Almost a third of racialized young Canadians were out of work in August, the government statistics agency said, compared to 18 per cent of white youth. (Indigenous and non-white people of all ages are also more likely to be out of work.)

Young women have also found it much tougher to find or keep work during the pandemic, accounting for almost a third of all job losses since February 2020.

"I think a lot of employers like to say, 'We can't find individuals, they're just not here,' but I think it's who they're looking for,” said Simon. “I think people are applying, and they're not getting in.”

“I think being an example for how to navigate through the workforce with all of these barriers is what I want to be for the next generation," says Helen Simon, a member of the youth council at @forallyouth.

For former youth soccer coach and second-year York University student Ali Abou-Khrebieh, the pandemic has made it harder for him to leverage his personality to win over prospective employers.

“I'm usually the person that goes in person to showcase my personality to the hiring manager as I'm handing my resume in," said Abou-Khrebieh, another of the council’s members. “It is hard, in my opinion, to find a job digitally.”

He has been working with another council member on digital marketing and branding for youth in an effort to replicate that in-person impression, as well as taking part in design jams where youth share their thoughts on barriers to employment and how they might be fixed.

Findings collected during the six-month term of the council will be released soon.

He says there are lots of job postings for quick hires, but the experiences required are things that students and other young people won’t have.

“There are many employers who put out job postings that are quickly hiring. You can see on Glassdoor or Indeed they have a big sign for urgent hiring, but then you go into the experiences needed, and it’s experiences that a university student might not have at the moment.”

"They do require a lot of experience,” Simon agreed. “And how can we get experience when we don't have experience?”

Both Abou-Khrebieh and Simon say youth have much to offer employers that they cannot get from older workers.

“Youth provide a whole new perspective,” Simon said, noting younger people’s native understanding of social media. “And if you're working with someone who's trying to have engagement from a younger audience or have newer ideas, I don't see any reason why you wouldn't pay an equal amount for that.”

The council role has also allowed Simon to participate in a reverse mentorship program, pairing her with the head of cybersecurity at a major company who also happens to be a Black woman. Simon says she’d like to become a similar role model in the future.

“I think being an example for how to navigate through the workforce with all of these barriers is what I want to be for the next generation, to make it a little bit easier to get rid of some of those barriers, the institutional racism, everything like that."