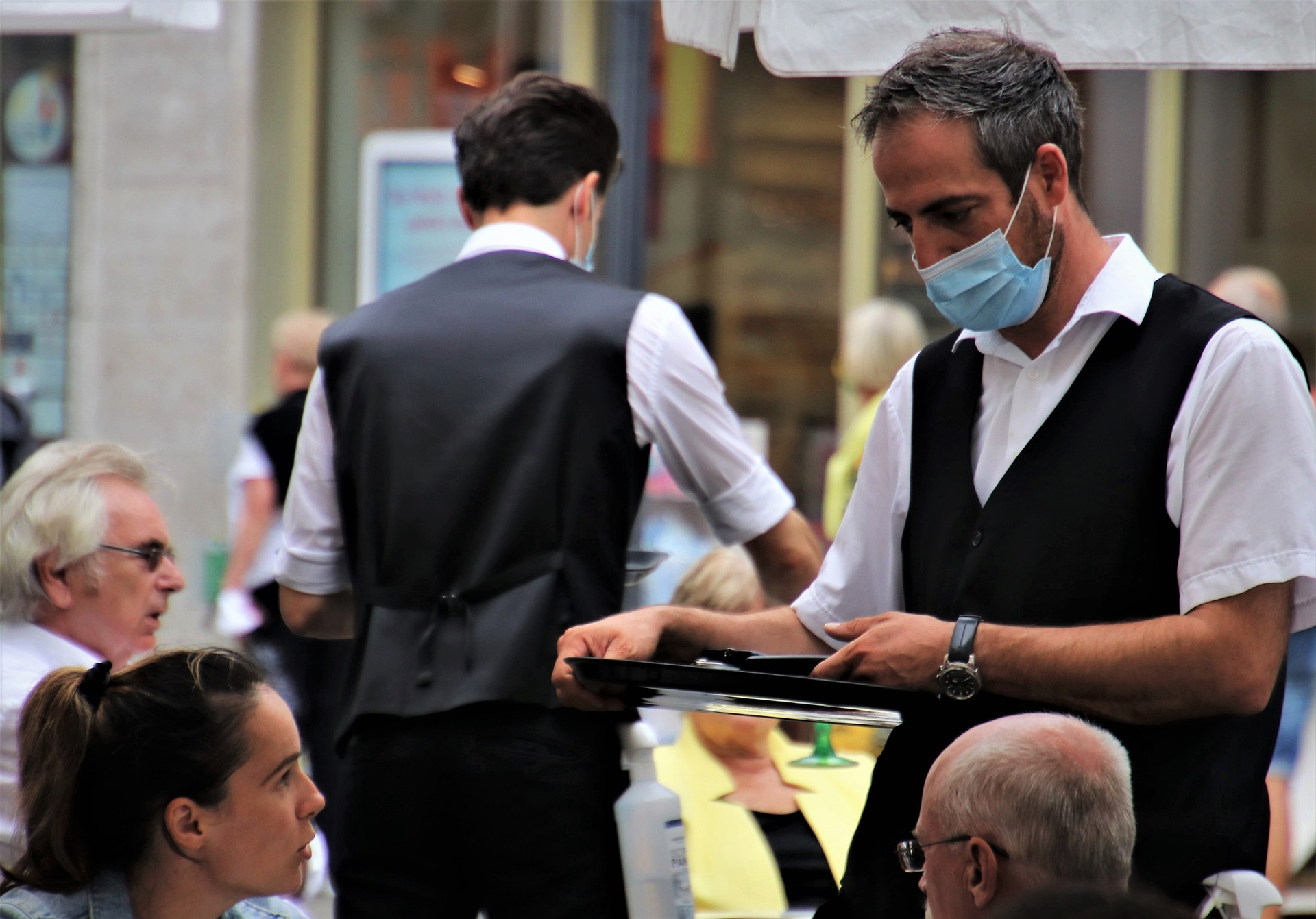 The BC Restaurant and Foodservices Association is asking to be included in the province's vaccination plan. Photo by pasja1000 / Pixabay
Previous story
Next story

As British Columbia continues to map out who is next in line to receive the COVID-19 vaccine, restaurant and food service workers are still showing up to work, handling dirty dishes and speaking to maskless patrons in an enclosed environment.

And that's why Ian Tostenson, president and CEO of the BC Restaurant and Foodservices Association, has put out a request to the province for food service workers to be included in the vaccine rollout plan.

On Thursday, the province announced grocery store workers, teachers, postal workers and others will get the Oxford-AstraZeneca vaccine sometime in April. All adults in the province will have a vaccination available to them before July 1, the province said.

“We know how challenging this pandemic has been on our front-line workers,” said Premier John Horgan.

“Many of these people have come to work throughout this pandemic, continuing to teach and care for our children, stock the shelves of our local grocery store and keep our communities safe. By immunizing these front-line workers, we are making workplaces and communities throughout our province safer.”

Tostenson, whose association helped create a reopening plan for dine-in services back in April, says the effort has been a success, but everyone working in the industry still faces a high level of risk. Front-of-house workers, although masked, have to handle half-finished food and talk to customers, who are unmasked and eating.

“I think people forget that the front-end workers of restaurants are more exposed than retail and grocery because of (the way a restaurant operates),” he said. “Not to sort of put anybody ahead of anybody, everybody's important ... we’re not saying it at the expense of anyone else.”

Vaccines would not only give workers peace of mind, he says, but the move could help people feel more confident about dining indoors. Tostenson said he's still hearing that some people are nervous to go out to eat.

Although it’s still inconclusive whether people can spread the virus after receiving their shot, the Centers for Disease Control and Prevention says: “A growing body of evidence suggests that fully vaccinated people are less likely to have asymptomatic infection and potentially less likely to transmit SARS-CoV-2 to others.” The CDC notes, however, that further investigation is ongoing.

“So, I think if the public said, ‘Boy, the restaurant industry is vaccinated, I feel better about going to restaurants now,’ that's going to help. It's going to accelerate our return to some sort of normal economic stability,” Tostenson said.

“I think people forget that the front-end workers of restaurants are more exposed than retail and grocery (workers)..." says Ian Tostenson of the @BCRFA. #BCpoli #COVID-19

Pushing restaurant workers up on the vaccination priority list makes sense, says Kelly Gordon, who owns Romer’s Burger Bar. He says many people in the industry are younger, meaning they’re set to be among the last to get vaccinated.

“When I kind of take a step back, and you know, all the businesses I interact with, there's very few businesses that get more personal contact,” he said.

“We think that there's a good argument there. It would certainly go a long way in the consumer’s mind ... the perception would be that we’d be a safer place to be.”

Gordon says he has heard first-hand how stressful it has been for people working in restaurants during the pandemic. The peace of mind vaccines would give the industry can’t be overstated, he said.

“It’s a very hard job,” he said. “It’s a lot of pressure on management ... there's definitely a lot of stress on people. It'd be really nice to have everybody all vaccinated up, so everybody can feel confident coming on in.”

However, there is an air of optimism, says Tostenson.

The province has continued to redefine what an essential worker is — and Tostenson hopes his industry will soon be part of the equation. With the COVID-19 count sitting at around 500 cases a day and new variants still a concern, he says it makes sense.

“(More vaccines being available) is really exciting. It really is. And it's exciting for our industry because they have restructured, they've recapitalized, they've rethought everything,” he said.

“And so when they do come back at full strength, things will be better than before, in my opinion.”