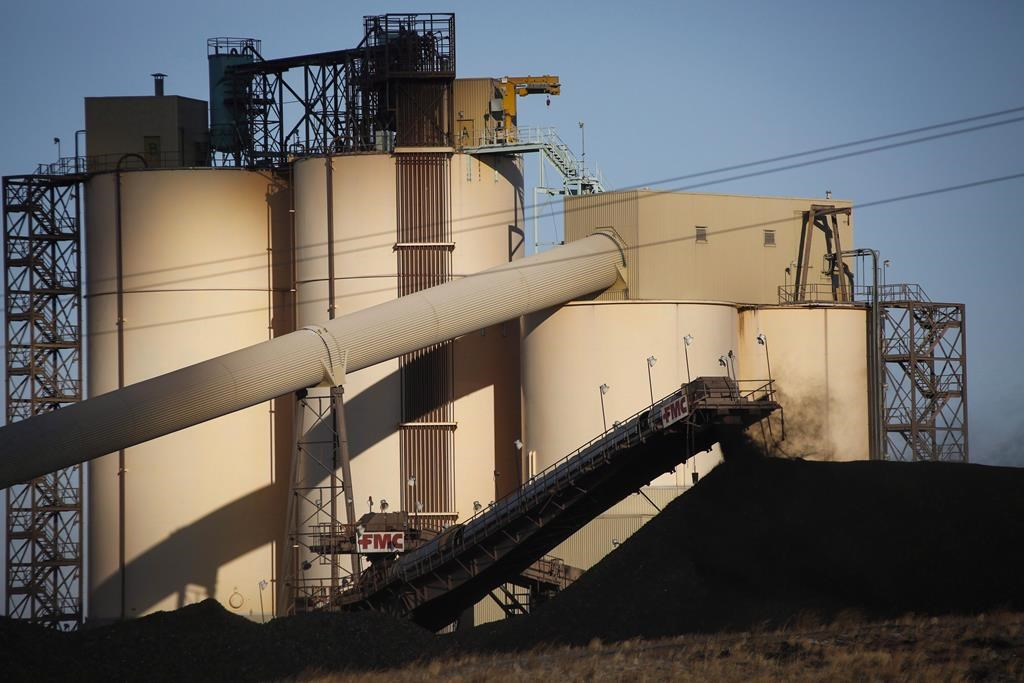 EDMONTON — The federal government needs to step in and consider the potential overall effects of Alberta's intent to expand its coal-mining industry, says a petition tabled Monday in the House of Commons.

Signed by 18,000 Canadians — 14,000 from Alberta — the petition says the province's plan has violated First Nations rights and crosses into areas that Ottawa controls. It asks for a combined assessment of proposed coal developments and exploration in southwestern Alberta and for a delay on any regulatory approvals for coal mines until that assessment is complete.

"We were getting thousands of emails from constituents that are deeply concerned."

McPherson — Alberta's only non-Conservative MP — said the petition was a joint effort between her office and Latasha Calf Robe of the Niitsatapi Water Protectors — members of Alberta's Kainai First Nation whose traditional lands would be affected by new mines.

"Our main ask is for a regional assessment of all coal development in the eastern slopes," Calf Robe said. "We cannot trust the provincial government to adequately look at all those areas."

Federal Environment Minister Jonathan Wilkinson did not immediately respond to a request for comment on the petition.

Alberta's coal controversy began last May when the United Conservative government suddenly and quietly revoked a policy that had protected the summits and eastern slopes of the Rockies from open-pit coal mines since 1976. Facing a huge public backlash, the government restored the policy and its protections last month.

It failed to cancel exploration leases sold in the interim and at least six companies have been drilling and road-building on a landscape where much of Alberta's drinking water originates.

That's in addition to coal mines just across the British Columbia boundary — "a hop, skip and a jump away," said Calf Robe.

Signed by 18,000 Canadians — 14,000 from Alberta — the petition says the province's plan has violated First Nations rights and crosses into areas that Ottawa controls. #cdnpoli #ableg

Federal legislation allows an environment minister to begin a regional assessment to help understand and plan for cumulative effects of anticipated development. Such assessments are intended to go beyond evaluations of individual projects to provide regional context and more comprehensive analyses.

Ottawa has plenty of jurisdiction on this issue, Calf Robe said, because coal mines affect federal laws on endangered species, fisheries, the environment and First Nations.

"These really need to be looked from a federal level, not just province by province or project by project."

McPherson also tabled proposed legislation that would require a federal assessment of any new coal mine. Proposals are now federally assessed only if they exceed a certain production threshold — one that Montem comes within a whisker of.

McPherson said it's important that any new coal projects are considered as part of a bigger picture, even the Grassy Mountain project, already under a joint federal-provincial review.

"Grassy Mountain is the thin edge of the knife," she said.

"If this particular project is not considered in the larger picture, it opens it up for future projects to not be looked at within the larger context as well. That's very, very dangerous."