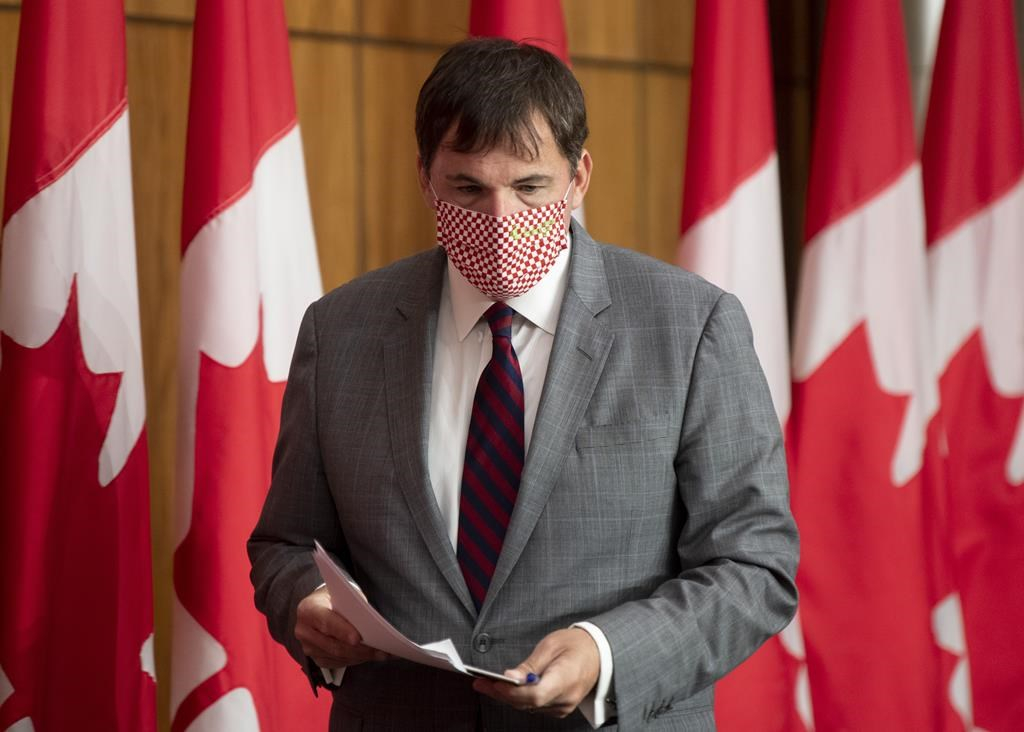 OTTAWA — Opposition parties panned a plea Friday from the minority Liberal government to speed up passage of a bill aimed at ensuring a federal election could be held safely if need be during the COVID-19 pandemic.

During debate on the legislation, multiple opposition MPs said there was no need to end debate quickly because there is no imminent need for an election — unless the Liberals are planning on calling one.

The disdain in the House of Commons came despite a letter Intergovernmental Affairs Minister Dominic LeBlanc wrote to opposition party leaders that urged them to wrap up second-reading debate on Bill C-19 on Friday so it could be sent to a House of Commons committee for greater scrutiny and possible amendments.

While he insisted the government remains focused on steering the country through the pandemic, LeBlanc noted an election could be triggered at any time in a minority Parliament.

He did not mention the imminent federal budget, but its scheduled release on April 19 could lend urgency to his plea to get C-19 moving.

It will be the first budget since the pandemic sent the federal deficit skyrocketing and is expected to include details of billions more in planned spending to set Canada's ravaged economy on the road to recovery.

The budget is bound to be controversial and any vote on it will be a confidence matter, meaning the minority Liberal government would fall if all three of the main opposition parties were to vote against it.

"The course of the pandemic remains uncertain, and an election during the pandemic is a possibility for which we must be prepared," LeBlanc said in the letter.

"Canadians expect their parliamentarians to behave responsibly in all aspects of this pandemic. Ensuring their ability to safely exercise their democratic right to vote is no different."

New Democrat Daniel Blaikie said he wants to see the bill go to committee, but said it is incumbent on all parties to work together and avoid an election, noting the risks to public health and of disenfranchising voters over concerns about virus transmission.

"There has been and ought to continue to be an overriding sense of responsibility to work together," he said during debate.

During debate on Bill C-19, multiple opposition MPs said there was no need to end debate quickly because there is no imminent need for an election — unless the Liberals are planning on calling one. #cdnpoli

"And there's obviously a really important leadership role for government in that, to continue to have an open posture, to consult opposition parties."

LeBlanc noted that chief electoral officer Stephane Perrault has urged Parliament to give Elections Canada the tools to conduct an election during the pandemic without jeopardizing the health and safety of voters and poll workers.

Elections Canada has warned about the potential dangers of putting polls in seniors' residences and that election workers could be hard to recruit, among other concerns.

In response to Perrault, the government introduced Bill C-19 in December, but it has not moved beyond the initial stage of debate since then, thanks in part to procedural tactics employed by the Conservatives.

"The government has sought to call Bill C-19 for debate numerous times, and the opposition has used procedural tricks to delay debate," LeBlanc wrote.

The letter urged opposition leaders to let the debate wrap up so the bill can move on to the procedure and House affairs committee for further study.

Debate on Friday morning wrapped without a vote.

"It's legitimate to have some debate on this issue in Parliament," said Conservative Garnett Genuis inside the House of Commons.

"But there seems to be a dissonance between what the minister responsible and what individual Liberal members are doing because we have most of the time for debate today being taken up by Liberal members giving speeches."

The bill proposes some temporary amendments to the Canada Elections Act to allow for a safe election during the pandemic if necessary.

Among other things, the bill would mandate two additional in-person voting days to limit crowds in polling stations. It would also allow electors to register online to vote by mail and provide for secure drop boxes to be installed to ensure mail-in ballots can be returned in time to be counted.

It would also give Elections Canada flexibility to determine the safest way to conduct voting in long-term care facilities, whose residents are the most vulnerable to the deadly effects of COVID-19.