Saskatchewan to bring in own carbon price on fuel: premier 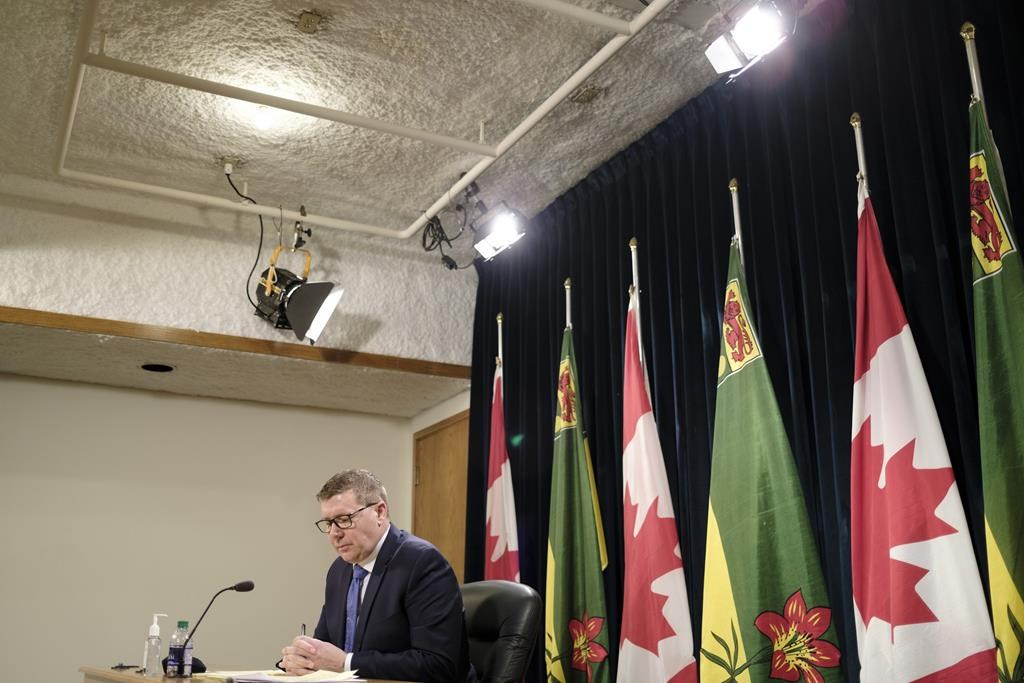 Saskatchewan Premier Scott Moe speaks at a press conference at the Legislative Building in Regina, on Thursday, March 25, 2021. Photo by The Canadian Press/Michael Bell
Previous story
Next story

Saskatchewan, one of the biggest foes of a federal carbon tax, plans to charge one of its own after a legal defeat in its drawn-out battle against Ottawa.

Premier Scott Moe announced the policy shift hours after the Supreme Court of Canada ruled 6-3 that the federal government has the constitutional right to bring in a carbon price in provinces without one.

"This was a battle that was for the right reasons," Moe said Thursday.

"We don't agree with the ruling, but I've played enough hockey to know that we're not going to do a lot of fruitful arguing with the referees after the game is over."

Saskatchewan was the first province to mount a legal challenge against the Liberal government's Greenhouse Gas Pollution Pricing Act and looked to Canada's highest court after losing in its own Appeal Court in 2019.

It argued the legislation overstepped into provincial territory, a sentiment Moe repeated on Thursday.

He also reiterated his long-standing belief that developing technology like carbon capture and storage for coal plants and small modular nuclear reactors is a better way to reduce emissions than a carbon tax, which he criticized as making industries less competitive.

His Saskatchewan Party government will focus on reducing the policy's effect on consumers and industries. He pitched doing that by replacing the federal tax with a made-in-Saskatchewan plan, which will include its own carbon price.

"The government will submit a proposal that will see Saskatchewan design its own carbon-pricing system for fuel ... that will be similar to one the federal government has approved in the province of New Brunswick," Moe said.

"This would provide an immediate rebate right at the pump to Saskatchewan people."

#Saskatchewan, one of the biggest foes of a federal carbon tax, plans to charge one of its own after a legal defeat in its drawn-out battle against Ottawa. #CDNPoli #CarbonTax #skpoli

Federal Environment Minister Jonathan Wilkinson said in a statement that provinces can have their own carbon-pricing plans, as long as they meet minimum national standards.

“We said in December when we released our strengthened climate plan that those national minimum standards need to be strengthened, but certainly we are open to conversations with provinces – including Saskatchewan,” Wilkinson said.

Moe said that under its plan, Saskatchewan will seek exemptions for different uses of fuel, including that used by farmers in grain dryers — a call also made by the provincial Opposition NDP.

"We''ll be looking towards refunding as much of the carbon tax as possible right at the outset."

A political scientist at the University of Regina said much of Moe's political identity has been built around fighting the carbon tax, which has also come to define Saskatchewan's relationship with Ottawa.

That's why Jim Farney said the court ruling is a turning point.

“I don’t think this issue being put to bed is going to hurt Moe politically though, or take away opportunities for him to argue for a more autonomous vision of Saskatchewan.”

Farney said he believes Moe's supporters won't see the court decision as a loss for the premier. And when it comes to a made-in-Saskatchewan carbon price, public reaction will depend on what kind of exemptions are included.

“Politically, one of the big question marks will be: Do people see the cost directly or not?”

Moe said bringing them under provincial legislation would allow for more control and flexibility in how carbon tax revenues are spent.

He also said a greenhouse gas offset program will be designed to allow companies to meet their emissions targets by buying carbon credits from farmers and other businesses that can sequester carbon.

The premier is asking Ottawa to send Saskatchewan millions it hasn't been able to get from a low-carbon economy fund, because it refused to sign onto the federal framework that includes a carbon price.