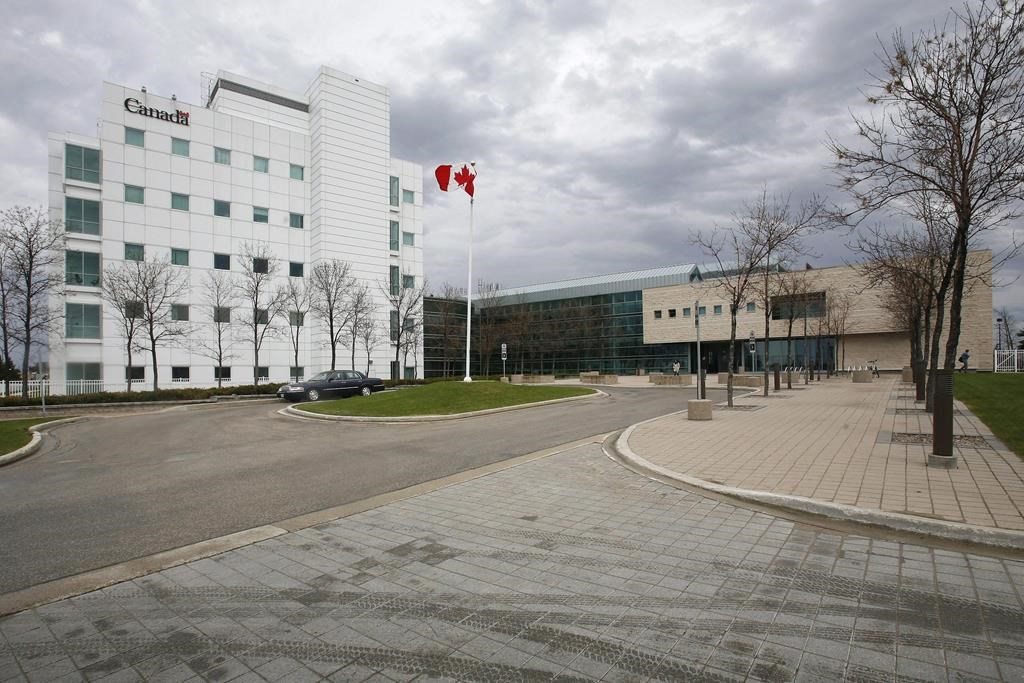 The National Microbiology Laboratory is shown in Winnipeg, on May 19, 2009. File photo by The Canadian Press/John Woods
Previous story
Next story

In defiance of a House of Commons committee, the president of the Public Health Agency of Canada still won't explain why two government scientists were fired 18 months after being escorted from Canada's highest-security laboratory.

Iain Stewart had been given a deadline of Friday to provide an explanation to members of the special committee on Canada-China relations for why PHAC terminated the employment of Xiangguo Qiu and her husband, Keding Cheng, in January.

Instead, he sent the MPs a letter saying that the Privacy Act does not allow him to share "employment or labour-relations matters concerning public servants."

Questions about an RCMP investigation into the two Canadian government scientists should be directed to the Mounties, Stewart added.

The pair were escorted out of the National Microbiology Laboratory (NML) in July 2019 over what was described at the time as a possible policy breach and administrative matter.

In his letter Friday, Stewart linked their departure to a "number of review processes" initiated by PHAC in 2018, "relating to possible breaches of security protocols at the NML."

The Winnipeg lab is Canada’s highest-security laboratory, designed to deal safely with deadly contagious germs such as Ebola.

PHAC has previously said the pair's escorted exit had nothing to do with the fact that four months earlier, Qiu had been responsible for a shipment of Ebola and Henipah viruses to China's Wuhan Institute of Virology.

In his letter, Stewart said the pair "have had no access to PHAC facilities, infrastructure or assets" since July 2019.

Their employment was officially terminated last Jan. 20, and ever since, PHAC has steadfastly refused to reveal why. Stewart cited the Privacy Act in his letter to MPs.

"The Privacy Act does not expressly contemplate the provision of personal information to parliamentarians about employment or labour relations matters concerning public servants," he wrote.

However, Conservative MP Garnett Genuis said opposition members of the committee have no intention of letting the matter go.

Together with Bloc Quebecois MP Stephane Bergeron, they have forced an emergency committee meeting to be held next week.

At that meeting, Genuis said he will introduce a motion to compel PHAC to hand over to the committee all documents related to the two scientists, without any redactions. The motion will call for the parliamentary law clerk to vet the documents to determine what, if anything, needs to be blacked out for security or privacy reasons.

"We're certainly not going to let this go," Genuis said in an interview.

"Clearly, there's something more here ... We've clearly got a problem here and we're going to follow it up in a pointed way."

At a testy committee meeting earlier this week, Stewart said he would explore the option of providing an explanation to committee members in confidence. His letter Friday did not mention that option or why it has evidently been ruled out.

Genuis said witnesses can't simply ignore orders to provide information to Commons committees, which he argued "bear certain features in common with a court ... there is a requirement to respect motions."

"Parliamentary committees aren't just a group of people getting together to talk about a topic. They have particular powers as a function of the fact that we're a democracy and our institutions should be subject to democratic oversight."

The governing Liberals have been using procedural tactics to block opposition demands for more ministerial aides and civil servants to testify at committees examining the WE Charity affair and allegations of sexual misconduct in the senior ranks of the military.

On Thursday, government House leader Pablo Rodriguez accused opposition parties of an "abuse of power" and declared that aides will be instructed not to appear at committees in future, on the principle that it's cabinet ministers, not their staffers, who should be held accountable.

However, in the case of the PHAC president, Liberal committee members went along earlier this week with a motion ordering Stewart to explain the firing of the two scientists by mid-afternoon Friday. That motion, introduced by Genuis, passed unanimously.