How this young lawyer works to tackle Toronto’s eviction crisis 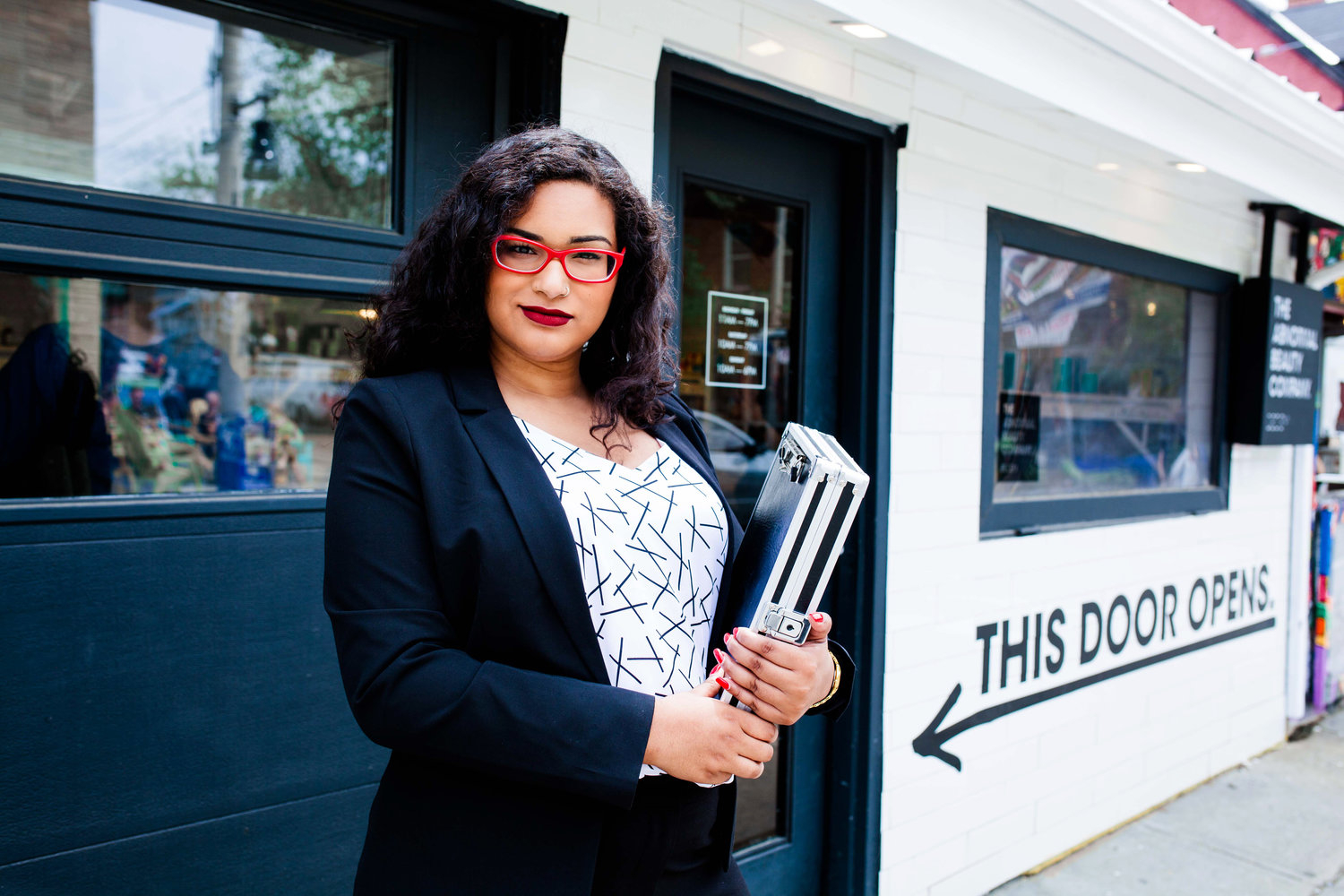 Caryma Sa’d hung out a shingle as a tenancy lawyer in time for the pandemic, which sparked a wave of evictions in Toronto. Photo by Karimah Gheddai
Previous story
Next story

Caryma Sa’d began her career in tenant law with an odd case. A Chinese couple in Toronto’s Rosedale neighbourhood was facing eviction for “interfering” with the enjoyment of common areas in their building.

Some of the complaints appeared racially motivated. For example, one neighbour admitted under questioning that they assumed the wife in the couple, Dot Pang, was using profanity because of her “tone” while speaking Cantonese.

In the Rosedale case, Sa’d argued on the couple’s behalf that the neighbours' complaints were rooted in racial bias. Ultimately, the couple was not evicted, but the case dragged on for years.

Sa’d, who is based in Toronto, is both a housing lawyer and an advocate for progressive causes across the city. She now serves as executive director at NORML, an organization working to reform cannabis laws, and as a member of the board of advisers at the non-profit Legal Line.

“It allows me to touch on a broader range of interests than I ever could in practice,” she said of her work outside the law.

Sa’d grew up in a multicultural family in Mississauga, with a Palestinian father and an Indian mother. She attended law school at the University of Ottawa and articled at a Bay Street firm before opening her own practice focused on housing, criminal and cannabis law.

Disputes between landlords and tenants go to the Landlord and Tenant Board in Ontario, and Sa’d has developed a niche in eviction cases. Her work has placed her at the centre of an eviction crisis in Toronto when thousands of people have lost their jobs during the pandemic.

Caryma Sa’d hung out a shingle as a tenancy lawyer in time for the pandemic, which sparked a wave of evictions in #Toronto. #COVID-19 #ontpoli

Almost 11 per cent of units in Toronto fell into arrears in 2020, the highest rate in Canada, according to a report from the Canada Mortgage and Housing Corporation. The news began to move so fast that even Sa’d, an expert on housing laws, had trouble keeping up.

“There were a few times where I had clients call and ask about an update that I hadn't even heard about yet,” she said.

The Ontario government placed a moratorium on residential evictions after the first lockdown in March 2020, but lifted it in August. The reversal led to the fast-tracking of eviction hearings as the Landlord and Tenant Board worked through a backlog of thousands of cases.

“You had the premier reassuring everyone to keep your food on the table, don't worry about rent. No one's going to be evicted because of COVID-19,” Sa’d said. “And then he goes and changes the law to make it easier to evict people during COVID-19.”

Sa’d has also represented landlords in eviction cases and says she has come to see the “full spectrum of frustration” caused by the pandemic. On the one hand, there’s a public interest in preventing evictions, but the crisis has also been hard on smaller landlords, she said.

“They either rent out their basement or they themselves are renting somewhere while their main home is being rented. Or maybe they have an extra home that they purchased with the intention of subsidizing their kids’ education,” she said.

“People in that position were really struggling, and have effectively become a social safety net for the state because their tenants can’t be evicted and may not be paying rent.”

Sa’d’s most public work has been her series of cartoons commenting on Toronto and Ontario affairs. She says the cartoons began as a way to explain basic concepts in housing law, but have since become a way to call out hypocrisy and comment on the issues of the day. While an illustrator draws the cartoons, she serves as more of an art director and decides what issues to highlight.

The first cartoon poked fun at Julian Fantino, a former Ontario Provincial Police commissioner and Conservative veteran affairs minister who decided to open a medical marijuana business once it was legalized. Earlier in his career, he had compared legalizing weed to legalizing murder.

The next target was Raf Souccar, who worked as a member of the Royal Canadian Mounted Police, often on cannabis cases, for years before joining Trudeau’s legalization task force and opening Aleafia with Fantino. (Both quit the company in May 2020.)

“I have an issue personally with law enforcement who enter an industry without consideration for the harm that they actively perpetuated on people,” Sa’d said. “Fantino falls squarely into that camp.”

“I want to take that as far as I can and really continue to use it as a platform to engage people on these issues,” she said. “Politics at the local municipal and provincial level has such an impact on our day-to-day lives, and we should be holding our leaders to better account.”