Your coffee and chocolate habit is killing trees 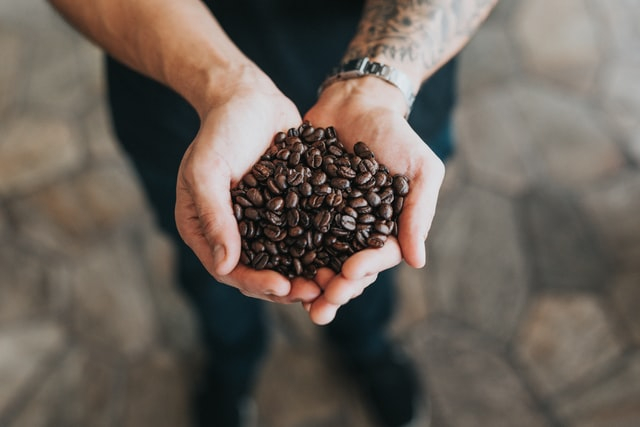 The average western consumer of coffee, chocolate, beef, palm oil and other commodities is responsible for the felling of four trees every year, many in wildlife-rich tropical forests, research has calculated.

Destruction of forests is a major cause of both the climate crisis and plunging wildlife populations, as natural ecosystems are razed for farming. The study is the first to fully link high-resolution maps of global deforestation to the wide range of commodities imported by each country across the world.

The research lays bare the direct links between consumers and the loss of forests across the planet. Chocolate consumption in the UK and Germany is an important driver of deforestation in Ivory Coast and Ghana, the scientists found, while beef and soy demand in the US, European Union and China results in forest destruction in Brazil.

Coffee drinkers in the US, Germany and Italy are a significant cause of deforestation in central Vietnam, the research shows, while timber demand in China, South Korea and Japan results in tree loss in northern Vietnam.

As a wealthy, populous country, the US has a particularly large deforestation footprint, being the main importer of a wide variety of commodities from tropical countries, including fruits and nuts from Guatemala, rubber from Liberia and timber from Cambodia. China bears the biggest responsibility for deforestation in Malaysia, resulting from imports of palm oil and other farm produce.

Consumption in G7 states accounts for an average loss of four trees a year per person, the research says; the US is above average with five trees being lost per capita. In five G7 countries – the UK, Japan, Germany, France, and Italy – more than 90% of their deforestation footprint was in foreign countries and half of this was in tropical nations.

Dr Nguyen Hoang, at the Research Institute for Humanity and Nature, in Kyoto, Japan, led the research and said the detailed maps could help target action to halt deforestation.

He added: “Policymakers and companies can get an idea of which supply chains are causing deforestation. If they know that, they can focus on those supply chains to find the specific problems and solutions.”

Dr Chris West, at the University of York, UK, who was not part of the research team, said: “Consumption can have large effects overseas, given our dependence on international supply chains. While policy at government level is often focused on domestic concerns, the fact is that if we don’t also tackle this international footprint we will continue to drive devastating environmental impacts globally.

Overconsumption of goods like #coffee, #chocolate and palm oil leads to #deforestation in countries where they are grown. #climatechange

“This can’t be tackled by single nations alone and is also not just a western issue,” he said. “The rise of the deforestation footprint of China is particularly striking, and speaks to the need for multilateral action.”

The research, published in the Nature Ecology and Evolution journal, combined high-resolution data on forest loss and its drivers with a global database of international trade relationships between 15,000 industry sectors from 2001 to 2015. This enabled the researchers to quantify each country’s deforestation footprint based on its population’s consumption.

One limitation of the study, acknowledged by the researchers, is that lack of data meant it was unable to clearly link consumption to specific areas within countries. “We need finer-scale analysis where this is possible,” West said.

The Trase project he works on does allow closer linkages for some landscapes, and importantly, the identification of the actors involved in the deforestation. The data was also unable to separate natural forests from cultivated ones – the latter are important in countries such as Canada.

Paul Morozzo, a campaigner at Greenpeace UK, said: “The report shines a light on overconsumption and shows that individual choices – to reduce meat and dairy for example – are important. But companies are failing to be honest. They are not taking responsibility for the environmental impact of their products and this has to change.”

Reversing forest loss should be a priority for the upcoming G7 summit, being hosted by the UK, he added.

The idea that western consumers might plant four trees to compensate for their deforestation footprint was unfortunately flawed, said West. “Cutting down a tropical rainforest cannot be compensated by planting a pine tree.”

What if you only consume Fair

What if you only consume Fair Trade organic chocolate and coffee?

Coffee started out as a shade plant, grown under the forest canopy. Then full-sun versions were bred to allow for more density. It also induced more environmental destruction.

I would hope that organic coffee is shade coffee, but I haven't looked into it.

Talking about "your coffee or

Talking about "your coffee or chocolate habit" in connection with this kind of thing is fundamentally misguided. It's the whole food system that is out of whack. If loads of consumers switch to something else instead, agribusiness will busily supply lots of that, and bring down lots of trees in the process. Look what happened when people decided to switch to soy because it was healthy and stuff--suddenly the Amazon rainforest was being burned down for the sake of massive fields of monocropped GM soy.

I could probably switch, to a fair extent, to organic, relatively locally produced and so on and so forth. But I'm relatively privileged--someone on minimum wage, or someone with a long commute and generally harried lifestyle, could not. They couldn't afford the money, and they couldn't afford the extra time involved in tracking it all down, not to mention even figuring out what's OK in the first place. Currently, food that doesn't destroy the environment has been incorporated into the agribusiness food system as an elite niche. Focusing on the consumer is basically saying "more people should join the food elite" and defining the have-nots as lacking enlightenment and virtue.

What's needed is a food system that provides virtuous food by default, for everyone, at affordable prices. That will take strong state action; it may take such strong state action as to require a completely different economic system. Admonishing a few enlightened progressives to make a thousand virtuous choices doesn't cut it.