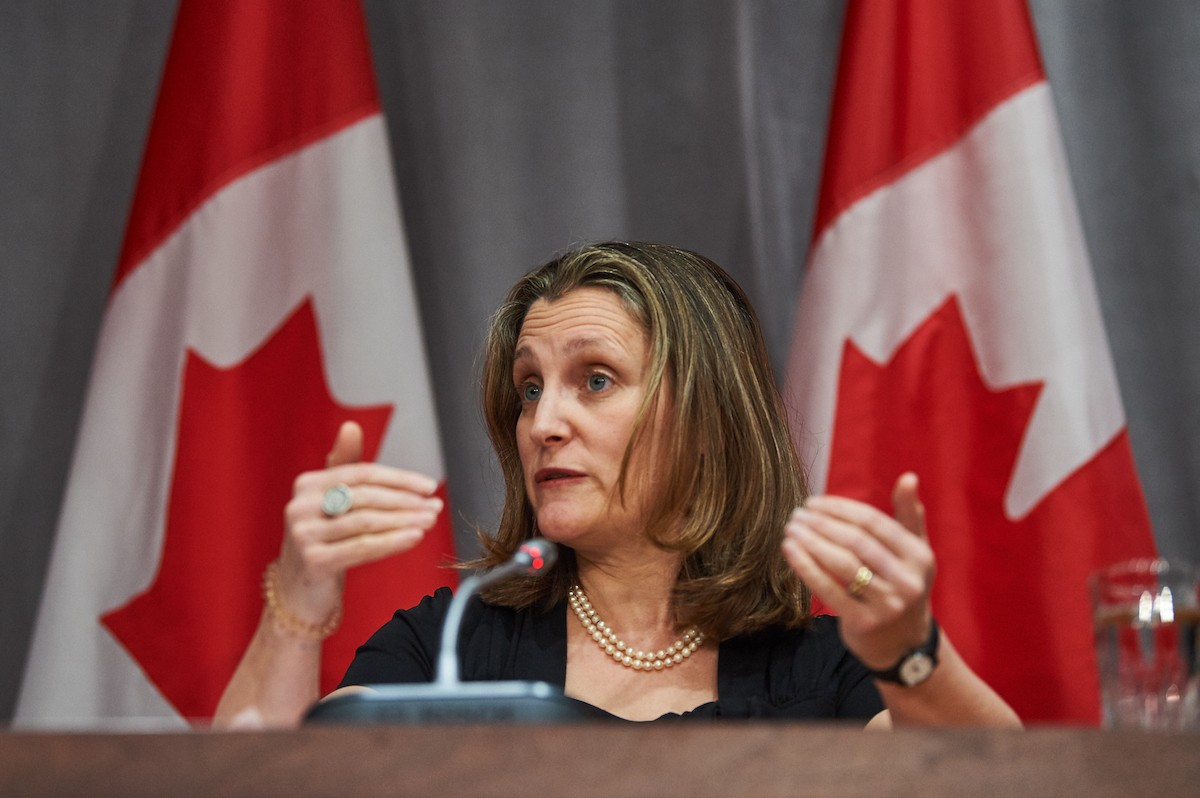 It’s historic in terms of its scale: the federal government is planning on an additional $102 billion in spending over the next three years. However, the economic picture has improved fairly substantially since the 2020 fall fiscal update, leading to an additional $70 billion in taxes over those years.

While the spending in the federal government’s 2021 budget is historic, the federal deficit is scheduled to decline rapidly. It will be halved by next year, halved again the year after and halved a third time by Year 4. To boot, we’ll be spending less on national debt payments than we have in a century, despite the COVID-19 pandemic and all new spending initiatives (adjusted for GDP).

It’s historic in terms of its commitment to the care economy. Generations of child-care activists are sighing a huge breath of relief — finally, the federal government is moving on a national child-care plan. The pandemic forced us to deal with terrible mortality rates in long-term care, and it looks like national standards are on their way, although not for another year. Workers and businesses will see continued short-term support, although longer-term change is harder to access.

Only one-third of the spending in this budget will still be there in the third year; most of it winds down rapidly. In the short term, there will be extensions to business support programs, unemployed worker supports, housing and homelessness, hard-hit sectors (like the arts and tourism), and students (employment and student loan deferrals). The major measures to survive outside of a few years will be child care, long-term care and some business support measures, a portion of which will be for clean fuels and climate resiliency.

When we look to a post-pandemic world, what more could this budget have done?

Some measures to address health inequities are completely absent in this budget. A national pharmacare program, which the government’s own commission has endorsed, is missing in action. A rent relief program, besides the chronically late Canada Housing Benefit, won’t be there to support low-wage workers with rent to pay. There also aren’t structural changes to Canada’s public health system, which chief public health officer Dr. Theresa Tam has called for. More broadly on health-care budgets, after one-time COVID-19 transfers happen, the provinces are back holding the bag on this massive spend.

The pandemic has also taught us how inadequate the Employment Insurance program was and how much better it could be after experiencing the Canada Emergency Response Benefit (CERB). Some of what was learned will be extended, particularly for the self-employed. But many will have to wait for a commission to study. On the positive side, there does appear to be a commitment for the continued low entrance requirement of 420 hours no matter where you live.

National long-term care standards promised in this budget are critical. Any federal standards must obviously come with new funds and accountability for how that money is spent.

Let’s talk about child care, as this is the most ambitious and potentially transformative child-care plan in Canada’s history. This plan is twice the size of the plan promoted by former Progressive Conservative prime minister Brian Mulroney in 1987, seven times larger than the 1993 Liberal Red Book plan and four times the size of the 2005 plan by former Liberal prime minister Paul Martin (adjusting for GDP). The focus of the 2021 plan is also on child-care fees. The fee reductions are ambitious, if achievable. Obvious gains should come fairly quickly for parents by 2022. A focus on new spaces and improved worker wages plays a secondary role, but they are there. A focus on non-profit providers as the key to affordable expansion is also present.

The federal budget is historic in terms of its commitment to the care economy, writes @DavidMacCdn. Generations of child-care activists are sighing a huge breath of relief. #childcare #budget2021

Here’s the giant proviso on child-care promises: all previous ones have been dashed on the rocks of a federal election, and we’ve likely got one coming this fall. The Mulroney plan, the Red Book and the 2005 Martin plan were all killed after an election (several by the party that proposed them).

As for the climate emergency, bold action to address the problem remains derailed by the global pandemic. But if the pandemic has illustrated anything, it's the fiscal power the federal government can exercise at an extremely low cost. If that power is to be flexed anytime after the immediate COVID-19 crisis, it should be to decarbonize our economy much more quickly. There is no vaccine for climate change; it requires a public-led, massive investment in a just transition plan.

Last, but certainly not least, is the question of how we pay for it all. The government is borrowing at historically low interest rates, so while the deficit is far larger than normal, these aren’t normal times, and the deficit is manageable — especially if governments implement long-term tax reform.

However, we’re seeing few fundamental tax changes in this budget. There is the new luxury car/boat/plane tax and a corporate income tax (of sorts) for foreign digital giants, but a wealth tax, new changes in the corporate tax rate (as in the U.S.) or new top tax brackets are nowhere to be found.

Is this too much “stimulus”?

It would be bizarre to say we want to limit the dignity we provide to seniors so as not to overheat the economy. Or, let's not invest too much in child care because the economic situation for women isn't as bad as it was 12 months ago. This is what the stimulus debate boils down to. But that discourse ignores the key question: What lessons, if any, have we learned from COVID-19? This was the largest public health and economic crisis since the Second World War, and it has clearly illustrated how our health and social safety nets are lacking. And in some places, this budget steps up to the task.

The current crisis in health

The current crisis in health care needs greater focus, not just dollars, as well. Canada ranks near dead last with Mexico of western nations in having hospital capacity. This doesn't necessarily mean more hospitals, but it does mean more funding for beds and the staff needed to maintain these beds. Covid has revealed that decades of inadequate funding have erased any 'safety cushion'. Any federal-provincial should be about enhancing the capabilities of the quality of care, not another ribbon-cutting ceremony beside a cement truck.