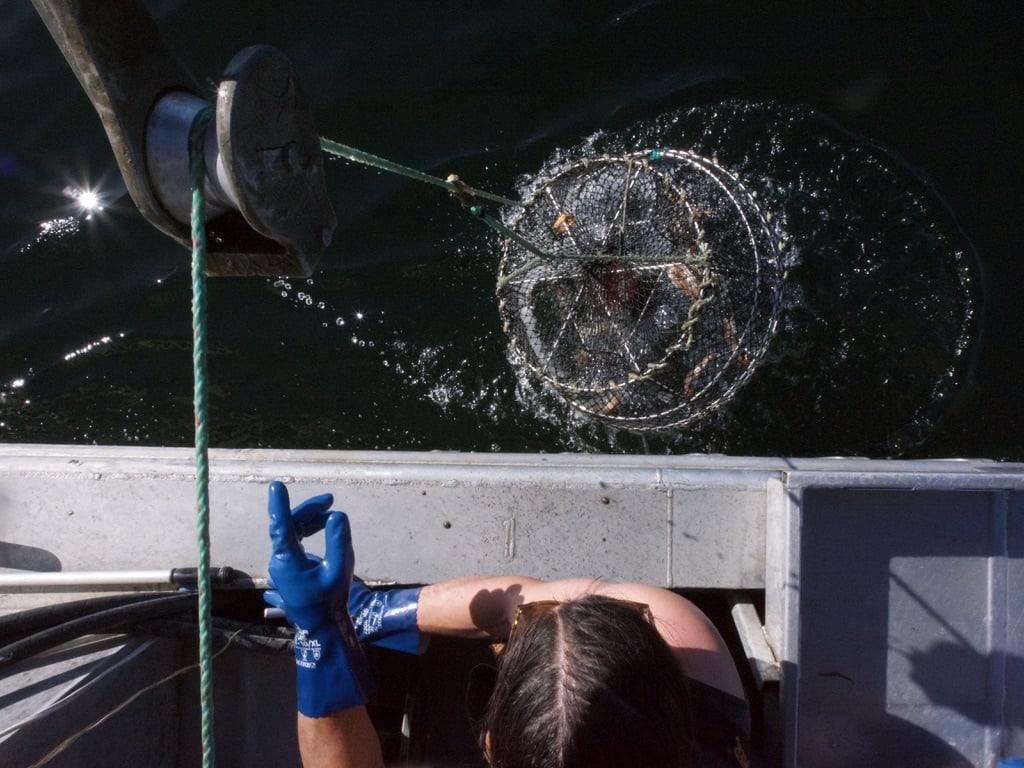 The federal government is walking back a surprise decision that would forbid the sale of spot prawns frozen at sea, but fishers are still pushing for a full retraction of the policy.

On Tuesday, the government announced fishers will be allowed to freeze prawns at sea for the upcoming season, but offered no guarantees for the future. Fishers say this isn’t enough, and are pushing for more clarity on a policy they say would damage their livelihoods.

In early March, the Department of Fisheries and Oceans (DFO) announced a change to regulations that would make the sale of frozen-at-sea spot prawns illegal, sending shock waves through the industry.

For over 50 years, prawn harvesters have been freezing freshly caught prawns in tubs of seawater. “Tubbing” allows prawn harvesters to preserve their catch throughout the year and sell to local markets — without it, they would have to sell to large-scale processors for far less profit.

Now, the DFO is saying frozen-at-sea spot prawns aren’t in a state where the size and species can be “readily determined” by fisheries officers, despite tubbing being endorsed by the DFO when it was first introduced.

Stakeholders say the regulation change will have devastating consequences for prawn harvesters and their local communities and want Fisheries Minister Bernadette Jordan to rescind the decision.

An emergency study of the DFO’s reinterpretation of the rules around tubbing was fast-tracked by NDP fisheries critic Gord Johns.

On May 3, the Standing Committee of Fisheries and Oceans unanimously agreed the issue needs to be resolved immediately. The committee heard testimony from four prawn industry witnesses, who said tubbing is essential for small-scale harvesters to earn a living and allows them to provide local communities with fresh seafood.

All four witnesses said there was no consultation between stakeholders and the DFO, and no one could think of a logical reason for the reinterpretation.

Fisheries officers need to be able to measure a harvester’s catch to confirm prawns aren’t undersized, and this regulation ensures the catch is available to be measured by officers during inspections.

“I've been contacted by many fish harvesters who have told me that they would not have been able to survive financially last year without being able to sell (tubs of frozen prawns) domestically," says Emily Orr of the Prawn Industry Caucus.

But harvesters and industry members say this interpretation is illogical because it takes less than two and a half minutes to thaw a tub of prawns and many specimens can be accurately measured through the clear plastic tub.

The DFO has cited conservation concerns to justify the decision, but Emily Orr, lead representative of the Prawn Industry Caucus, said this is not accurate.

Larger prawns are worth more on the market — there is no incentive for harvesters to sell undersized prawns, Michael Atkins, executive director of the Pacific Prawn Fishermen’s Association, told the committee on Monday.

“The minimum size is in place for economic reasons, which is why there is no size limit in the recreational fishery,” he said.

Committee members and industry stakeholders also expressed frustration at the DFO’s failure to consult with stakeholders when reinterpreting the regulations.

“I've been contacted by many fish harvesters who have told me that they would not have been able to survive financially last year without being able to sell (tubs of frozen prawns) domestically,” said Orr.

“The committee was united clearly (Monday) in wanting to see the minister reverse that decision,” Johns said in an interview. “Everyone's perplexed on why this was brought about in the first place.”

“We need the minister to come back and either retract the decision or demonstrate some transparency and explain it immediately,” said Johns on Tuesday morning. “This is a terrible decision, and it's not supported by coastal people. The coast is united and asking for the minister to retract this decision.”

Later that morning, the DFO released a statement announcing an interim protocol that would allow harvesters to freeze their catch.

“We have agreed on a process that will allow harvesters to freeze their catch at sea this season, just as they’ve done for years,” reads a quote from Bernadette Jordan. “Size limits remain a critical part of a sustainable prawn fishery, and we will work with industry to develop viable, alternative practices for the long term. But with the season fast approaching, it’s important that British Columbians understand they can, and should, continue to purchase delicious, frozen Pacific prawns.”

However, this statement doesn’t tell harvesters anything new, said Johns.

“The minister still hasn't provided any justification for the reinterpretation of the rules for next year or established a process for consultations with prawn harvesters and the industry to discuss and clarify those rules,” said Johns. “The questions that were raised by witnesses during the fisheries and oceans committee meeting still remain unanswered as to why the decision was made in the first place.”

“We saw heads nodding around this committee from members of all parties realizing that this reinterpretation was impacting the harvesters and the communities that they support, and it needed immediate action,” said Arnold in committee Wednesday evening.

“The minister has the power to change those regulations, so we need to know why the reinterpretation was implemented and why it cannot be reversed. Why is the minister dragging her feet on this?”

Johns said he hopes the minister ends this quickly by rescinding the decision.

“These fishers are reeling from COVID,” he said. “This is the last thing they need to add to their plate right now.”